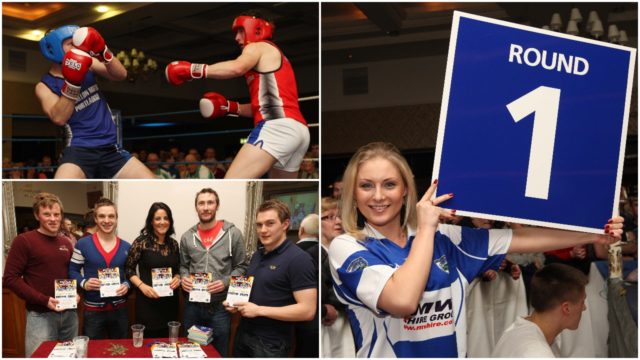 A GAA fight night was hosted in the then Heritage Hotel, now Midlands Park Hotel, Portlaoise on January 21 2012.

Laois senior footballers and hurlers battled it out together in a total of eighteen fights that night.

The night got off to the ideal start for the hurlers as Eoin Reilly from Abbeyleix got the better of Timahoe‘s Damien O’Connor.

However this wasn’t to continue for the hurlers as the footballers were victorious from there starting with Marty Dowling’s victory over Gearoid Burke.

The fights provided plenty of entertainment and excitement with blood being drawn on a few occasions also.

In between the fights between the GAA players, there were also exhibition fights including juvenile boxers from Portlaoise and other clubs.

No doubt the highlight of the night was the fight between Bianca Elmir and Shauna O’Keeffe.

Elmir, the Australian former Ladies Flyweight Champion and world No.3 was over training with local coach Pat Ryan at the time.

All money that was raised on the night went towards the training funds for both panels.

Credit to Alf Harvey who captured the brilliant night.