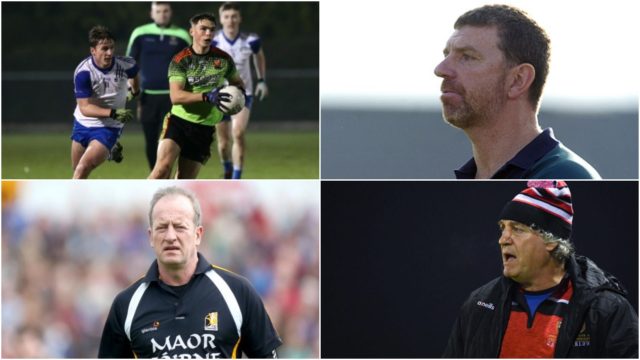 Tonight IT Carlow will look to make history by winning the Sigerson Cup for the first time in what is their maiden appearance in the showpiece of third level football.

The college reached a first Fitzgibbon Cup final in 2017. Now they’ve a first Sigerson Cup final to look forward to. DCU, who have won four titles since claiming their first in 2006 (their last in 2015), are their opponents tonight.

Managed by former Dublin great Paddy Christie, Laois forward Mark Barry from O’Dempsey’s is part of their panel and featured in their first two games.

Over the years, IT Carlow has greatly benefited from its geographical location in relation to hurling in particular having several powerful counties in its catchment area.

These and many more players who passed through IT Carlow, have gone on to win U-21 and Senior, Leinster, Munster, Ulster and Connacht and All Ireland championships with their clubs counties in both hurling and football.

The current Laois influence has been well documented with Portlaoise guru Pat Critchley managing the side.

He’s ably assisted by Pat Roe, who wore the Laois jersey with distinction as well as managing Wexford, Carlow and Offaly. In an overall role with GAA in IT Carlow is Mick Dempsey whose GAA CV is incredible.

A selector with Brian Cody in Kilkenny for more than a decade, he’s a former Laois manager and player – a team-mate of Roe’s when Laois reached the Leinster final in 1991 and a starter when Laois famously won the National League in 1986.

Without even getting to the players, you can see that the Laois influence is considerable.

On the field of play Park-Ratheniska’s Richie Hitchcock has been marshalling the defence at full back along with Graiguecullen’s Trevor Collins, while Killeshin’s Evan Lowry found the net in both the semi final win over Letterkenny IT and the last eight victory over reigning champions UCC.

The merit of the winning run can’t be understated. The first victory came over a Tralee side which contained the mercurial Kerry forward David Clifford, with Barry John Keane, Jack Savage and Tony Brosnan also there for company in a star studded forward line.

The UCC side wasn’t short of big names either with Seán O’Shea and Killian Spillane spearheading the attack so the persistence and doggedness of the IT Carlow defence has been a key factor in the run to the final.

Although Letterkenny IT didn’t have as many household names in their set up, they did have a huge influence on the sideline in Donegal star Michael Murphy who had his side well drilled so Pat Critchley’s men really do deserve great credit for their run so far.

So here’s the IT Carlow side who are looking to make history:

Killian Roche – The goalkeeper comes from the Cooraclare club in Clare and has only conceded two goals in the campaign so far.

Josh Moore – Hails from Rathvilly in Carlow and broke on to the Carlow Senior panel last year.

Richie Hitchcock – The Park-Ratheniska man has made the number three jersey his own and made his Laois debut in December 2018 against Meath in the O’Byrne Cup.

Ronan Ryan – From Summerhill in Meath and is a handy hurler for Kiltale who have featured strongly at provincial level at Intermediate in the past decade.

Conor Doyle – A talented underage midfielder for Carlow and like his clubmate Josh Moore, he has also appeared for the Carlow senior footballers in the past year. Would have partnered DCU’s Jordan Morrissey at in recent years at Minor county level.

Trevor Collins – The Graiguecullen man won an All Ireland Senior B Schools title with Carlow CBS in 2015 at full back and has represented Laois at Senior level over the past number of seasons. Has played in both lines of defence this term.

Cathal Walsh – From Monageer-Boolavogue in Wexford and has represented the county at underage level and was part of the U-20 side who gave Dublin a right good rattle in 2018.

Niall Hughes – Hails from Kilanerin, the same club at Wexford legend Mattie Forde. A key player for the Wexford Senior Footballers over the past few years and not too shabby with a hurl in his hand either.

Sean Ryan – The man from Ballinascarthy in Cork has been getting through a power of work this campaign and has been mixing it up against the best in the business in the middle third.

Padraig O’Toole – Scorer of two goals in the shock win over UCC, O’Toole comes from Kiltegan in Wicklow where he made the Senior Football panel as a teenager.

Chris Byrne – The Clane man recently scored the winning goal for Kildare against Carlow in the O’Byrne Cup in a game which was played at IT Carlow and has chipped in on the scoreboard on route to the final here too.

Adam Steed – The St Laurence’s man operates generally around the middle third and has scored 2-1 on route to the final including the all important winning goal late in the semi final win over Letterkenny.

Cian Farrell – Current Offaly U-20 player of the year. The Edenderry man has led the way up front and with 1-17 in three games he’s the sides top scorer.

Jack Walsh – Another Offaly man, this time from Gracefield and is Captain of the side. Was part of the Offaly side that reached the Leinster U-21 Football Final in 2017.

Evan Lowry – The Killeshin young gun scored one of the all time great goals seen in a Laois senior football final last year against Portlaoise and has found the net twice for IT Carlow en route to the final.

Sean Crowley of Kilmihil in Clare, Patrick O’Connor from Blessington in Wicklow, Gearoid Murphy of Annacurra, Tommy Griffin of Gerald Griffins in Limerick and Paul Farrelly from Sallins in Kildare have also featured from the bench during the campaign.

Recent GAA success in IT Carlow

Tonight’s Sigerson Cup final takes place at 7.30pm in the DCU Sportsground. The game is being broadcast live on the TG4 Youtube channel