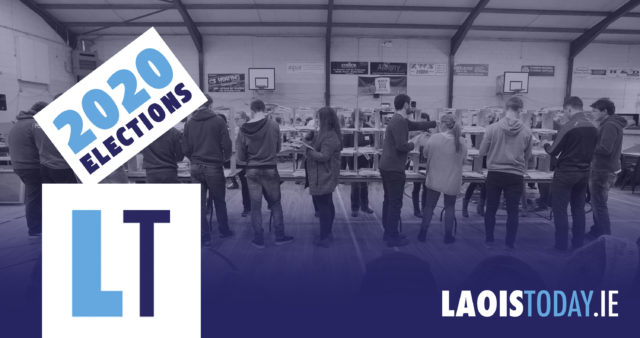 Every day between now and Election Day on Saturday, February 8, we’ll be bringing you a daily bulletin from the campaign trail – from Laois-Offaly, Kildare South and various snippets from around the country.

Throughout the buildup to the General Election, Midlands 103 are hosting a series of panel discussions/debates with the candidates in Laois-Offaly, hosted by regular morning presenter Will Faulkner.

It’s coming live from 11am and should bell worth tuning into.

Noel Tuohy was the last to enter the race in the Laois-Offaly constituency as he put his name forward to run for Labour, just as he has done in the last two Local Elections when he was elected in the Portlaoise area to Laois County Council.

And two of his independent council colleagues (from two different areas) have thrown their support behind Cllr Tuohy.

Cllr James Kelly from Mountrath, whose uncle Jimmy was a Labour councillor from 1965 until 1984 and an independent until 1999, was a Labour candidate in the General Elections in 1969 and 1977.

Ben Brennan from Crettyard, an independent councillor for the Graiguecullen-Portarlington Municipal District, has also weighed in behind Cllr Tuohy.

Monasterevin voters just across the Laois border have been moved around more often than is right over the last number of years.

Having been in Kildare (or Kildare South) since the foundation of the state, they were moved into Laois in 2016 to help bring the population up to what was needed to make Laois a three-seater. Now they’re back in Kildare South. Even in the Local Elections they have been shuffled around – in 2014 for example, they were in with Athy. In 2019, they were back with the likes of Rathangan and Kildare Town.

This Friday night, a number of the Kildare South candidates are going to attend a Town Hall style event in the GAA clubhouse in Monasterevin when it will offer voters a chance to familiarise themselves with the candidates.

It gets underway at 8pm.

The Social Democrats are strong in Kildare with four county councillors and the joint leader of the party – Catherine Murphy in Kildare North.

In Kildare South, the Newbridge-based Linda Hayden is flying the flag for them.

And she has highlighted the homelessness figures as “only the tip of the iceberg”.

“In the last homelessness figures of 2019 it is shown that there are 203 people homeless in Kildare alone and 19 in Laois. This is only the tip of the Iceberg as their are many families and people living in the box bedrooms of family homes.

“Everyone should have a right to a home. Only recently my party colleague spoke about his experience of homelessnes and his current situation of being a member of the hidden homeless. Housing should be a fundamental right and it should be reflected in our constitution.

“Radical steps need to be taken to end the housing crisis and to ensure that we will never have the level of homelessness that we are seeing today again.

“If the State won’t take legal action on this, the Social Democrats are proposing to bring a referendum forward and let the people decide.

“I believe the people of this country would support a referendum such as this. Social Democracy, at its core, is about creating a fair society, where nobody is left behind”.

Those who built our country should enjoy their retirement – Flanagan

Laois TD and Minister for Justice & Equality, Charlie Flanagan has said he believes those who have worked hard and built our country should know that they can enjoy their golden years free from financial pressures.

Speaking from Portlaoise following the launch of the Fine Gael Manifesto, the Minister said:

“We have increased the Pension by €15 a week since the last election and now, today, to all those pensioners out there, I say that we are giving you a cast iron guarantee that we will raise your annual pension by at least €25 a week, or €1,300 a year, over the next five years.”

Making the point that people are living longer and healthier lives, Mr Flanagan also addressed the recent controversy over the age at which people will be able to access their pensions:

“We do need to make sure we have the money in the pot to provide pensions into the future.

“However, we also understand that the proposed changes have now taken some by surprise and have caused concern for some of those who have had to retire.

“We will meet those concerns through the Golden Years Guarantee. It is a new State Transition Pension for those retiring at 66 and it will be paid at the higher State Contributory Pension rate of €248 per week.

Mr Flanagan also spoke about the issues which have arisen about the current requirements in order for retirees to access payments:

“Those who have worked all their lives should not have to feel they are signing on the dole’ said Mr Flanagan.  ‘We are introducing a new State Pathway Pension which will end that.”

Cllr Suzanne Doyle commented ‘the event which has taken place for the last number of years continues to be a tremendous success, mainly thanks to the hard work of our committed volunteers and our sponsors who make it possible.

“I don’t want to start naming them in case I miss any but they know who they are and their contribution is deeply appreciated by all those in the Day Care Centre.’’

St Conleth’s Day Care Centre in Kildare is now over 30 years old having been established in 1981.

In all the years since its original launch, it has catered for well over 1,000 clients. Apart from the dedicated care that has been given to these clients by the staff in the Centre, for many of them, the Centre has represented their primary social outlet and has given purpose and meaning to their lives.

In particular, the service provided at the Centre means an enhanced quality of life for the clients and affords them more independence and social contact in a safe and friendly environment.

Taoiseach “wants” a gender-balanced cabinet but cannot commit to it because he doesn’t know how many female TDs (or senators) there will be, nor who his other coalition partners might nominate 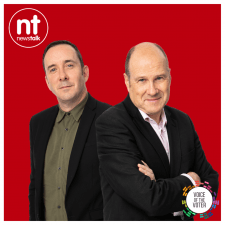 Worth listening to – The Inside Track

Between Newstalk on the radio, Virgin Media on TV and a host of additional Newstalk podcasts, Ivan Yates is flat out these days.

This time he teams up with Shane Coleman for the Inside Track podcast as they give their take on a range of issues in their own style.

The three episodes to date are all about 20 minutes. 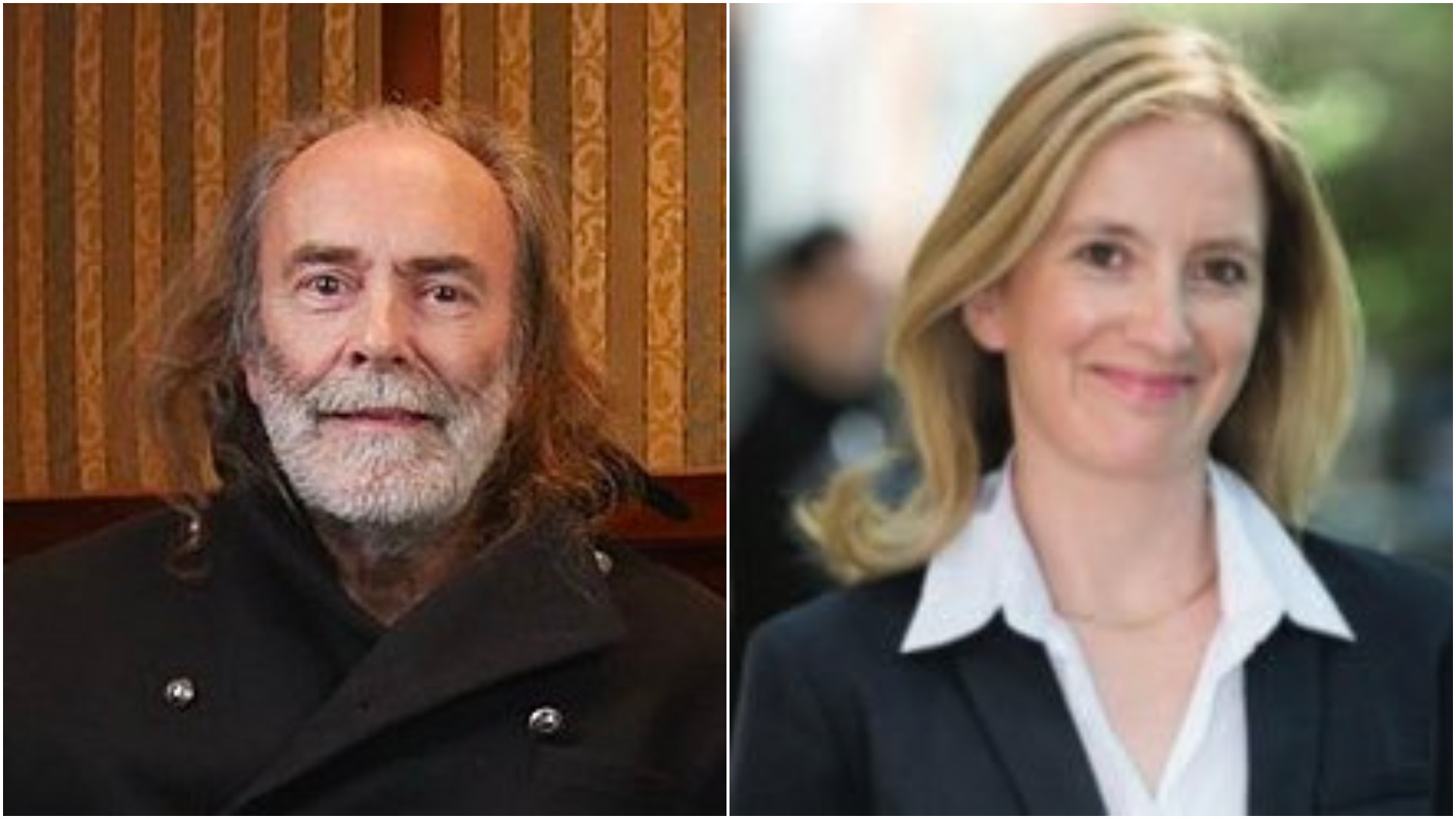 From afar – Irish patriots no less

You could think of a lot of ways of describing the likes of John Waters and Gemma O’Doherty but ‘an Irish patriot’ certainly wouldn’t be one of them.

But that’s how they’ve described themselves online. Waters, a former Irish Times columnist and songwriter, is running for a Dáil seat in Dun Laoghaire while the former Irish Independent journalist O’Doherty is going in Dublin Fingal, just as she did in last year’s by-election in the constituency. She also ran unsuccessfully for Europe in the Dublin area and tried to get a nomination to run for President in 2018.

Both are running on an anti-corruption platform. It’ll be interesting to see how these ‘patriots’ perform.

For the first time since 1954, there won’t be a Kenny on the ballot paper in Mayo. Former Taoiseach Enda Kenny, who has been a TD for the county since 1975, is retiring from political life (we thought that actually happened when he stepped down as Taoiseach in 2017) and his father Henry was a TD from 1954 until his death in 1975.

The candidate seeking to hold onto that Kenny seat? None other than former Mayo footballer Alan Dillon.

Mayo is a four-seater with Kenny, his Fine Gael colleague Michael Ring and Fianna Fáil duo Dara Calleary and Lisa Chambers elected in 2016.

Ring, Calleary and Chambers (who is six months pregnant) are running again while Dillon and Senator Michelle Mulherin (who was a TD from 2011 to 2016) complete the FG ticket alongside Ring.

Saoirse McHugh from Achill Island, who polled strongly for the Greens in the European Elections last year and rose to prominence following her withering put down of 2018 presidential candidate Peter Casey during a TV debate, is also seeking a breakthrough success.

Rose Conway-Walsh for Sinn Féin is among the strong contenders where Labour, Aontú, the Irish Freedom Party and People Before Profit all have candidates. There are also four independents.