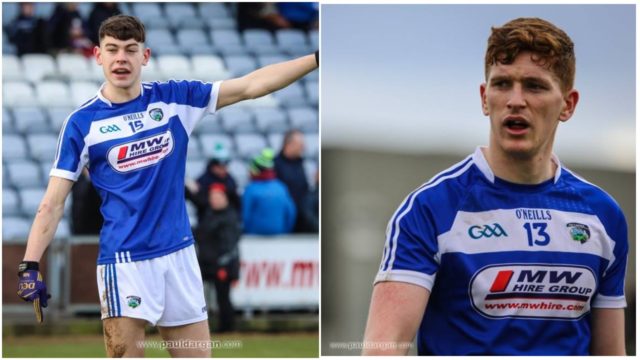 Laois are taking to life in Division 2 like a duck to water as, following their dramatic draw last week, they defeated promotion favourites Armagh this evening in MW Hire O’Moore Park.

Laois led more or less throughout the game and ran out six point winners in the end to now sit top of Division 2.

For a more in depth look at how they did it, check out our Talking Points below.

Evan O’Carroll gets the nod here with his five points even though there were excellent performances also from Mark Timmons, Brian Byrne and Mark Barry (who kicked seven and was brilliant in the second half).

Brian Byrne had excellent full debut. He started corner back but followed his man out the field and got on a lot of ball. Scored good point in first half.

But O’Carroll was again the Laois focal point, won a lot of his own ball and fouled a number of frees. In the absence of Donie Kingston, O’Carroll appears to be reveling as Laois’s main forward.

Laois led by five points after 52 minutes but they then lost Eoin Lowry to a black card.

This was the second weekend in a row that Laois suffered a numerical disadvantage but once again they managed that period extremely well and actually outscored Armagh.

Once again, Laois’s bench contributed when brought into the game.

Cahir Healy made two very good interceptions late in the game. Damien O’Connor was very good for second week running while Trevor Collins, who missed out from the start due to his Sigerson Cup final appearance on Wednesday for IT Carlow, very solid too.

Pigott and O’Sullivan are fierce competitors and their aggression and tenacity in the tackle sets the tone for everyone else.

Armagh were very poor tonight, especially in the first half – and their system of funneling everyone back is hard to watch.

But they had a very big win against Cavan last week who have since defeated Westmeath tonight. Could Laois be looking at promotion?

Laois claimed their seventh win from their last eight meetings with the Orchard men – an incredible record.

Before tonight, the last time Laois played Armagh in the league was in 2017 in Peter Creedon’s second game in charge and though relegated that year from Division 3, an under-strength Laois team recorded a 2-11 to 0-16 win.

Laois also recorded a one-point win – 1-13 to 0-15 – under Mick Lillis in 2016 when they met in Division 2. They also beat Armagh twice in the championship that summer in O’Moore Park, the second game necessary as Laois used too many subs in the first game.

7 – Other Results and Table

There was one other game played tonight and that saw Cavan defeat Westmeath by 1-17 to 1-13 in Breffni Park.

Laois are at home to Cavan next Sunday and then have a week-long break before a trip to Clare.