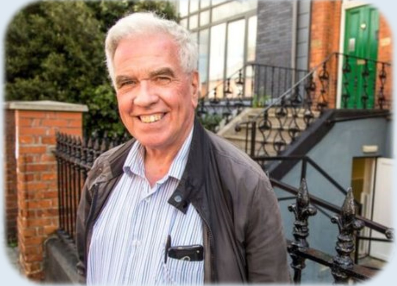 Prime Time Extra on RTE television invited Peter McVerry SJ to tell the nation what he would do in his first 100 days if he were elected Taoiseach of the country.

The programme is part of a three-week sideways look at the upcoming election as the people of Ireland prepare to vote for a new government on Saturday, February 8.

Peter McVerry has been working with and campaigning on behalf of the homeless for most of his adult life. If he was leader of the country we would soon have a very different Ireland. Read his manifesto below.

A hundred days in government

“Two years ago, the Taoiseach admitted that the housing crisis was an emergency. The Minister for Finance called it the greatest social issue this country has faced in over a generation. Yet, the problem not only persists but keeps getting worse.

The first thing I would do in government is to call a referendum to insert the “right to housing” into the constitution. What would that do?

We have the right to education in the constitution and as a result, every young person in this country is entitled to an education and can go to court, if necessary, to have this right provided. If we put the “right to housing” into the constitution, it doesn’t mean that the day after the referendum, everyone can demand the keys to a home.

Of course not. But it would oblige the government to produce policies which would in time, perhaps in 10 or fifteen years, ensure that everyone has an appropriate and affordable house to live in.

The second thing I would do is to prepare legislation to implement the Kenny Report of 1973. Often, 40%, or even 50%, of the cost of a house is the cost of the land on which it is built.

Many people have become millionaires by just looking out their window, watching the grass grow, waiting for their land to be rezoned for housing.

The Kenny report recommended that building land should be compulsorily purchased by local authorities for 25% more than its agricultural value. This would dramatically lower the cost of housing.

The third thing I would do is to introduce a rent freeze and prepare legislation preventing banks, international investment funds or landlords from evicting people into homelessness, for a period of three years, except in exceptional circumstances such as anti-social behaviour.

This would have some – mostly wealthy companies and individuals – screaming all the way to the Supreme Court complaining that their right to private property is being eroded. Let them.

The majority of people becoming homeless today are being evicted from their private rented accommodation either because they can no longer afford to pay the increasingly outrageous rents or the landlord says they are selling the house and they must move out.

We have a housing emergency, we need to take emergency action.

And finally, I have maintained for many years that the drug trade is a bigger threat to the stability of our society than the IRA ever were.

A person could be convicted of IRA membership on the word of a chief superintendent, along with one piece of corroborating evidence.

I would lock the Attorney General in a room, without food or drink, until he produced some similar legislation with regard to drug gangs.

I appreciate it is more difficult, as a drug gang is a looser collection of people than the IRA were, but it should not be beyond our legal experts to come up with some similar legislation.

February is a most hopeful month. We have just celebrated St. Brigid’s Day, a day which brings great hope. St. Brigid brings with her a story of compassion, generosity, healing and renewal.

These early February days mark the beginning of Spring. Yes, it may still feel cold but already brighter evenings, emerging green shoots and snowdrops, announce a time for new beginnings.

I’m glad the darkness of winter once again is being transformed by the light of our new spring. Spring is a season of hope and renewal. We are in the true sense of Scripture called out of darkness into God’s wonderful light.

You were a woman of peace.
You brought harmony where there was conflict.
You brought light to the darkness.
You brought hope to the downcast.
May the mantle of your peace cover those who are troubled and anxious, and may peace be firmly rooted in our hearts and in our world.
Inspire us to act justly and to reverence all God has made.
Brigid you were a voice for the wounded and the weary.
Strengthen what is weak within us.
Calm us into a quietness that heals and listens.
May we grow each day into greater wholeness in mind, body and spirit.
Amen

SEE ALSO – Fr Paddy: The World has changed and so must the Church