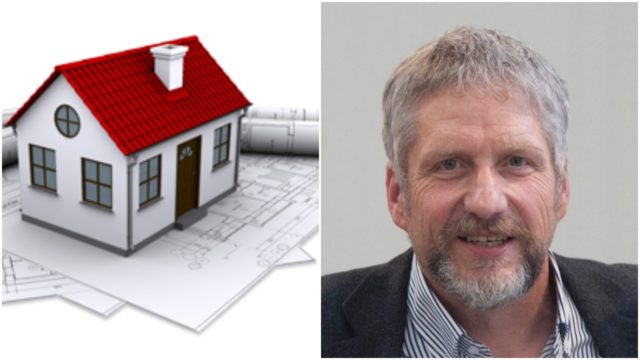 The Portlaoise-based Cllr Noel Tuohy has launched what he says will be an ‘all out war’ against what be believes are discriminatory and anti-rural planning regulations.

“I am going to campaign vigorously within the local authority and seek the support of my Council to have these absurd regulations and rules which are anti-rural communities overturned.

“These so called ‘local need’ criteria to qualify for planning permission in rural areas were first introduced in 2005 but have since been deemed to be illegal and discriminatory within the EU institutions.

“Young people, children, new families are the lifeblood of any community. That’s what sustains schools, services in small towns and villages.

“It is no wonder that small towns and villages all across Laois-Offaly and the midlands are losing their facilities, post offices, Garda stations and even struggle to field GAA teams as they are experiencing population decline.

“I am a Townie, but not everyone wants to live in towns and it’s a completely daft planning rule that prescribes that Laois people cannot chose which part of the county they wish to live.

“Sons and daughters or farmers are even being denied planning permission on their own land.

“But if someone wants to live in the countryside they should be afforded that option, within reason.

“When ‘local need’ was first introduced in 2005 the motivation may have been to restrict holiday homes in scenic areas and a free-for-all in places like Kerry, Clare, Wicklow and Mayo and that’s understandable to ensure proper and sustainable planning.

“Neither am I talking about a return to wholesale ‘bungalow blitz’ and linear development which blighted the countryside in some parts in the 1970’s and 1980’s.

“I am talking about common sense rather than using the sledge hammer of ‘local need’ to crack the nut of proper and orderly building in rural areas.

“At present the application of criteria which require locals only provisions such as a blood relation, children attending the local school, to be native to the area or involved in agriculture are biased and unduly restrictive.

“This is anti-rural, bad for small rural communities, driving everyone into urban areas to live and taken to its logical conclusion would prohibit anyone not from a village or towns land ever having the opportunity to move in to an area.

“This planning code needs to be reviewed and radically overhauled in our next County Development Plan and I will be seeking for other local authorities to do likewise in the interest of bringing new life and new families to our rural communities.

“I am not talking about a big influx but rather where someone has a suitable site, a proper and appropriate design and a good case to provide their own home they should not be prohibited from doing so just because all belonging to them didn’t previously live and go to school there.

“That’s a ridiculous regulation and it needs to be dropped.

“I have encountered genuine cases where a young family wished to build a new home adjacent to their parents property in a Laois village and they were shot down simply because they could not establish any other so called ‘local need’ or involvement in agriculture.”