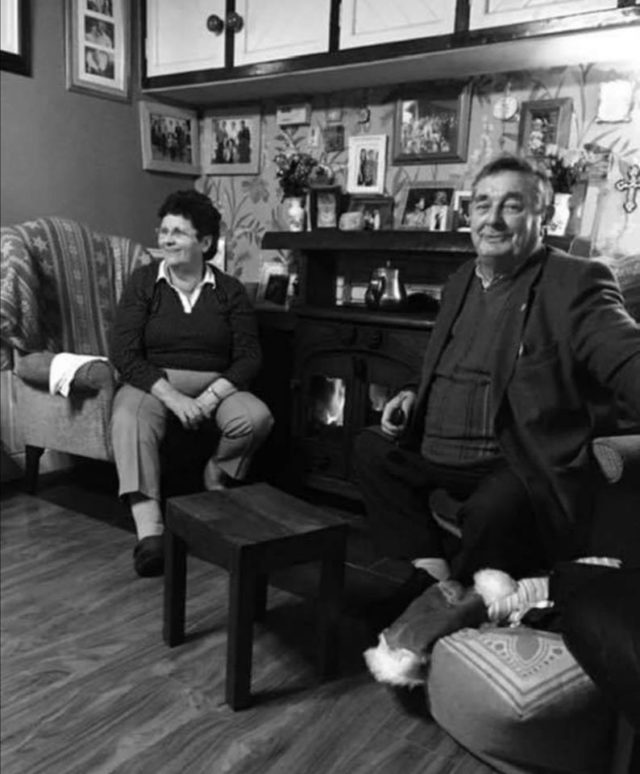 There was deep sadness in Timahoe over the weekend as one of their much loved sons was laid to rest.

Tributes have been paid to Ted Delaney who passed away in his 89th year.

Keen supporter of Timahoe GAA and a great community man, Ted will be fondly remembered by all that knew him.

Timahoe GAA paid tribute to Ted on their Facebook page.

They said “Timahoe Gaa are deeply saddened by the news of the death of Mr Ted Delaney this morning in his 89th year.

“Ted was a loyal servant to our club serving as Vice President and also grounds man for lots of years. He also collected at gate for many matches.

“Ted will be missed from sitting outside his house with his dogs keeping a watchful eye on our grounds. We would like to offer our heartfelt condolences to his family. May Ted Rest In Peace.”

He said “I am saddened to hear of the passing of one of Timahoe’s great characters Ted Delaney.

“Ted was a stalwart when it came to helping local organisations such as the GAA and especially the Graveyard Committee of which he was chairman. Sincere condolences to his family. RIP Ted.”

Ted was laid to rest on Saturday in Saint Michael’s Cemetery.

May Ted rest in peace.