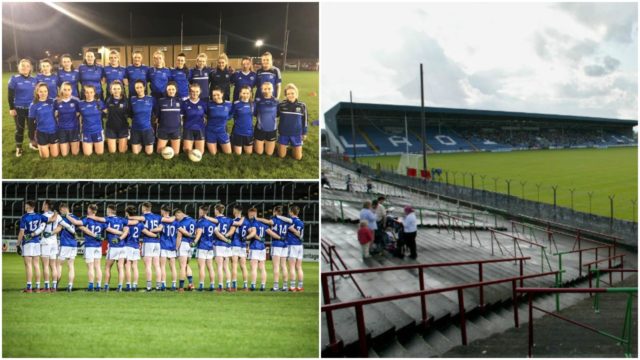 For the second time in the last six months, the Laois Ladies will play a big game in MW Hire O’Moore Park.

Laois Ladies announced that they would play their Division 3 encounter with Longford on Sunday February 9 at 12pm.

This will form part of a double header with Mike Quirke’s footballers who face Cavan afterwards in Division 2 at 2pm.

Laois GAA Chairman Peter O’Neill said he was delighted that both games could be played together.

He said: “I am absolutely delighted that we will have this double header in MW Hire O’Moore Park.

“I am encouraging all supporters of our games to come for both matches and give our teams that extra bit on the pitch.”

Laois Ladies said: “It gives us great pleasure to announce a double header with Laois this coming Sunday in O’Moore Park.

“We are only thrilled to get the opportunity to play in the County Grounds and it’s even better to be a curtain raiser for Mike Quirke’s side.”

The news was met with overwhelming positivity last night with Timahoe Ladies pointing to its significance in the year of the 20×20 movement.

They said: “As Timahoe ladies Football club are advocates of the 20×20 campaign we are delighted with the announcement this evening of this mouth watering double header in MW Hire O’Moore Pk this Sunday.

“Laois ladies will take on Longford at 12pm, midday for what’s sure to be a classic battle of formidable forces.

“While the men will host Cavan at 2pm, hoping to keep their position as leaders of Division 2.

“This is a major step in the right direction from both county boards to work in partnership for its members who share the same passion and vision.

“Our game is all inclusive and it’s only natural that both men and women representing their county have access to the centre stage.
Well done to all involved.”

Donie Brennan’s Ladies are looking for their first win this season after a draw and a loss in their first two games against Wicklow and Roscommon respectively.

While Mike Quirke’s side will hope to remain top in Division 2 by defeating Cavan at 2pm.

It is set to be an entertaining Sunday of action.