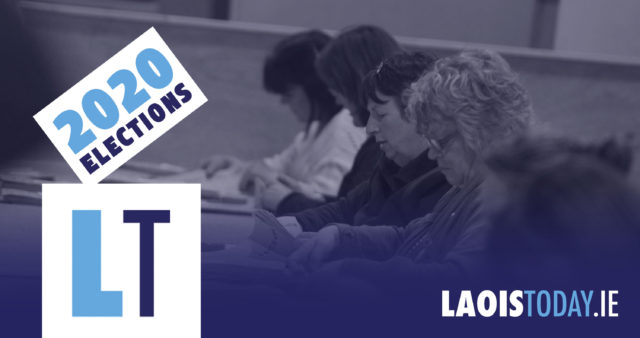 “It is laughable that the party which slashed the minimum wage, introduced the USC, cut social welfare by €16 a week and child benefit by €26 a week, closed Templemore garda training college and wrecked the economy to the point where 20% of private sector jobs were lost, is now claiming to help the working man or woman,” said Ms Corcoran-Kennedy in a statement.

“Unbelievable. They cut the minimum wage to €7.65 when they were last in office, placing the burden of the economic crash on the least well off and most vulnerable workers.

“Micheál Martin soldiered shoulder to shoulder with Charlie Haughey, Pádraig Flynn, Ray Burke and Bertie Ahern. These are the people he has been surrounded by for decades.

“You can’t decide your parents but you can pick who you support in politics.

“Fine Gael is a broad church of people from every background, honoured to serve the people and improve the lot for all in every sector,” she said.

Deputy Corcan Kennedy pointed out how Fianna Fáil promise everything to everyone in their desperate election bid.

“Fianna Fáil are simply playing lip service to the needs of carers, some of the hardest working people in the country, and people with disabilities. They are only committing to top up payments by just €10 over five years. Under FG’s plan, carers will be €1,300 a year better off – in stark contrast to the €520 offered by Fianna Fáil who are happy to leave carers €780 worse off.

“Michael Martin now claiming to be the man of the working people is a joke.

“It is disappointing that Fianna Fáil continue to fail to acknowledge their reckless legacy which destroyed the country.

“Fine Gael in contrast, have created jobs and invested in supports for those that need it. We know it’s not enough. If elected, we will prioritise balanced regional development and ensure we invest where it’s needed most,” Marcella Corcoran-Kennedy concluded.

Social Democrats candidate for Kildare South Linda Hayden has said that the increasing level of crime across the country is a reflection of the failing policies of Fine Gael.

This is in response to the shocking crimes that have occurred over the last number of weeks such as the attack on a gay couple at Newbridge train station last Friday.

“The level of violent crime and burglaries is a very big concern on the doors. There is also a lot of concern about drugs, particularly cocaine. These challenges must be tackled urgently.

“There have been a number of horrific incidents in the last year which show that our Gardaí need to have all the resources they need to deal with the level of crime they are facing. We need a specialist unit to tackle hate crimes and our hate speech laws also need to be amended,” says Linda.

“The Taoiseach claims that Fine Gael are the party of law and order. Yet, Kildare has just 396 Gardaí, that’s one Garda per 560 people. With a growing population, our police force needs to grow with it.

“A strong Gardaí presence in our communities is vital in order to tackle lawlessness and anti social behaviour.

“The Social Democrats believe that serious crime is often a result of a lack of early intervention as well as a lack of engagement between Gardaí, residents and community groups.

“Morale within An Garda Síochána is at an all time low and confidence in them is dwindling. Investment, training and a modernisation program is badly needed and is essential for a modern day police force”.

In support of Irish Unity

“No side stepping – straight talking; constituents like that, I warmly welcome this Commitment by my party leader Peadar Toibin. We have a leader who won’t swap political expediency for principle. Irish Unity is a core Aontú principle”.

Aontú leader Peadar Tóibín has cautioned against Sinn Féin’s openness to entering government as partners of Fine Gael or Fianna Fáil without securing a unity referendum or even a start to the process of a national discussion on unity.

The latest of Sinn Féin leader Mary Lou McDonald’s mixed message on Irish unity is that securing a Citizens’ Assembly on unity or a unity referendum is not a precondition for Sinn Féin becoming coalition partners of Fine Gael-Fianna Fáil.

Deputy Peadar Tóibín stated: “We are at a time of great political change. Irish unity is central to this process. Brexit has illuminated the urgent need and broadly held desire for Irish unity.

The rivalries within parties can often be worse than anything with their opponents and last week we saw a little battle between Laois Fianna Fáil colleagues Sean Fleming and Pauline Madigan.

It was played out in a low-key way on social media as both of them posted videos of them feeding cattle – forking silage and talking politics at the same time.

Pauline, who grew up on a family farm in Croagh in West Limerick, was first out of the traps when she posted a video claiming that she’d be a strong voice for farmers and that ended with her saying she was “sick of the bull” while the camera panned to a bull, sensibly from a safe distance.

Not to be outdone, Sean then tipped up to his own home place in The Swan to give his brother Jim a hand and tell us that “it’s only fair that farmers receive a fair price for the produce”.

Indeed the videos came only a couple of days after the IFA General Election debate in Rosenallis when Fleming, a TD since 1997, told the gathering that he was the only candidate in Laois that was both raised and currently lives in rural Ireland. His Dáil colleagues of the last number of years Charlie Flanagan and Brian Stanley could be seen chuckling and nudging each other at that reference.

In the interest of fairness, we have posted both silage videos here. You can decide for yourself which of them does it better.

Just explained to my husband that for the next 21 days, electioneering and all things politics is my equivalent to his silage season ? ,- which only country people will understand!! #GE20

Speaking of silage, Rosemary Whelan who is Charlie Flanagan’s parliamentary assistant made a very good observation on Twitter the day the election was called.

“Just explained to my husband that for the next 21 days, electioneering and all things politics is my equivalent to his silage season,” she wrote. And anyone from a farming background will get it.

There will be breakdowns, weather disruptions, abuse thrown and rows had, you’ll stop to drink tea and eat sandwiches – and nothing else matters until it’s all over.

Don’t be stuck for a lift

Apart from putting the ballot into the actual box, candidates for the General Election will do almost anything to make sure that people get out and vote for them.

Brian Stanley, a Sinn Féin TD in Laois for the past nine years, and his team have a system in place where they’ll bring voters to the polling station and back again.

Don’t be stuck, as they’d say.

We’ve heard plenty about how the people of Portarlington, Killenard and Ballybrittas have been moved to Kildare South for this election but there has been a big push in Port, in particular, for Dr Cathal Berry, who is a former army ranger and lives in the town with his wife and young children.

A number of business and sporting people in Port have thrown themselves into his campaign and his latest slick video production is going down well on social media in that part of the county.

It’s hard to believe that Longford – a county that produced a Taoiseach in Albert Reynolds  – hasn’t even had a TD of its own for the past five years.

In the 2016 General Election, all four TDs returned were from Westmeath after Fine Gael’s James Bannon lost his seat. Prior to that, Peter Kelly briefly held a seat for Fianna Fáil.

There will definitely be a new face on this occasion as the long-serving and immensely popular Willie Penrose is retiring. On the Labour ticket instead is Alan Mangan, the former Westmeath footballer who was part of the team under Paidi O Se that beat Laois in the 2004 Leinster final. He’s a Community Alcohol and Drug Services employee with the HSE.

The other outgoing TDs are Fianna Fáil’s Robert Troy (who topped the poll and was elected on the first count in 2016), Kevin ‘Boxer’ Moran (Independent) and Peter Burke (Fine Gael).

The power base for the last number of years has been the two main Westmeath towns of Mullingar and Athlone with Mullingar electing three TDs and Moran flying the flag for Athlone.

Gabrielle McFadden, who spent almost two years as a TD after winning a by-election following the death of her sister Nicky, is also on the FG ticket.

But among those contesting strongly for a seat and to be a Longford TD is Fianna Fáil’s Joe Flaherty, a former editor of the Longford Leader newspaper and a current Managing Director with the Iconic Newspapers group that includes the Leinster Express here in Laois. He’s odds on with the bookies at a price of 2/9 behind only Moran and Troy.

Fine Gael’s Burke is favoured to take the last seat ahead of Sinn Fein’s Sorca Clarke. Mangan and McFadden aren’t considered to be in the running according to the odds.