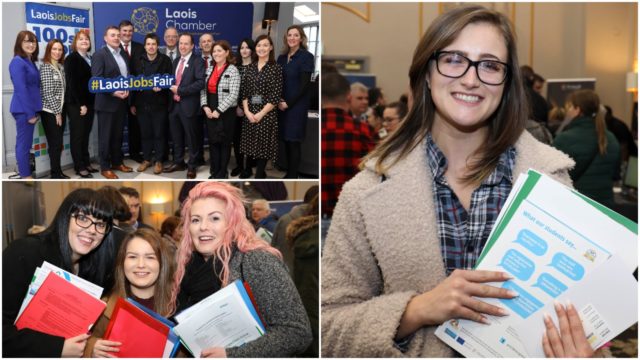 They were offering diverse jobs in Engineering, Manufacturing, Marketing, HR, Logistics, Customer care, Healthcare, IT and Hospitality, as well as positions in New Media and Languages.

The new Supermac’s Motorway Plaza in Portlaoise, due to open in May has 120 roles to fill.

There was also a separate area housing several co working hubs, which are becoming increasingly popular throughout Co. Laois as well as interview rooms for job seekers and employers alike.

Staff from Solas, the governing body for apprenticeships in Ireland were also in attendance as well as members of the Laois Offaly Education Training Board.

It was a huge success with over 2,000 people in attendance.

Alf Harvey was there on the day and captured some great pictures: