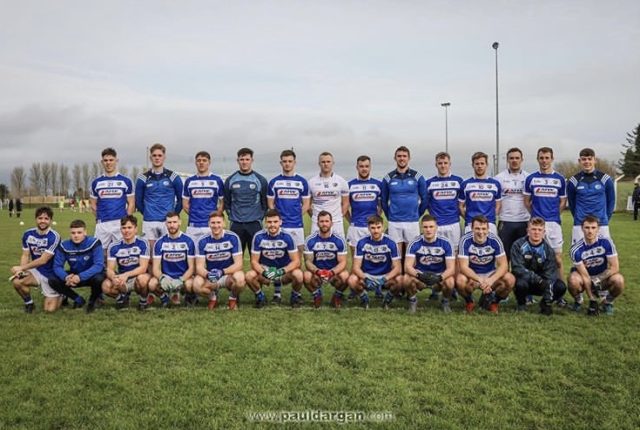 The Laois senior footballers saw their unbeaten start to life in Division 2 come to an end in MW Hire O’Moore Park.

Cavan were the victors and here we take a more in depth look at the game:

It was a tough day at the office for most of the Laois players and indeed there are only a handful of candidates here.

Mark Timmons, Sean O’Flynn, Eoin Lowry and John O’Loughlin were solid and composed but we’ve given the nod to wing back Paddy O’Sullivan. He continually broke lines with ball in hand and got through a serious amount of work over the 70 minutes.

God it really was shocking. The game began in driving hailstones with a gale force wind blowing straight down the field.

Laois played against it in the first half and had to work so hard to get any sort of forward momentum on a heavy pitch that they looked completely jaded in the second half.

Laois missed a lot – and particularly in the second half when they had the wind.

Evan O’Carroll, who had an off day, was wild with a few frees and also missed a good goal chance with Laois chasing the game. Gary Walsh had a penalty saved right as we approached injury time and Laois ended the game with just two points from play and only three points in the entirety of the second half.

That was Laois’s first home loss in the league for almost three years. Laois’s last home defeat came on February 25 2017 in Division 3 under Peter Creedon against Tipperary.

Laois would be relegated to Division 4 for 2018 where they won all their games and progressed to Division 3 where they lost twice to Westmeath and Louth – but both of those defeats came on the road.

After a disappointing performance like that, it is likely that manager Mike Quirke will make some changes for the next game against Clare on Sunday.

Marty Scully, Colm Begley, Eoin Buggie, Benny Carroll and Danny O’Reilly are all on the way back from injury and you would expect to see game time for most of those in the four matches that remain.

Mark Barry and Sean O’Flynn were not named on the U-20 team to face Westmeath in the Leinster quarter final on Saturday as they were both held for this game instead.

That game was postponed and is now rescheduled to Monday night but it would be surprising to see either player make an appearance after 70 minutes today. O’Flynn went off injured with what looked like an ankle problem too today.

Laois could have returned to the top of the Division 2 table with a win but instead they now find themselves in fifth place. 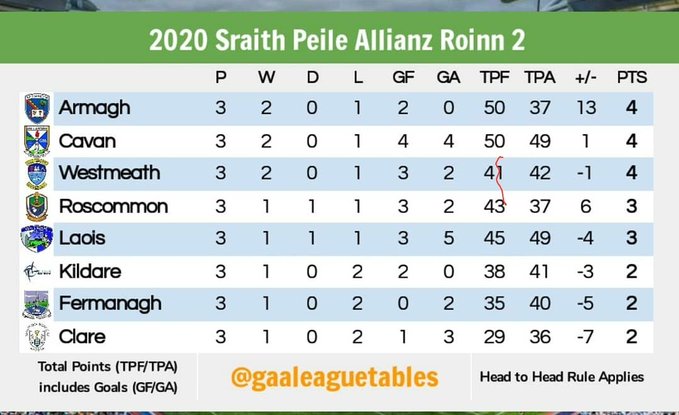 Laois are on the road next Sunday as they are off to Ennis to face bottom side Clare.

They then have one remaining home game against Kildare before ending their campaign away to Fermanagh and Westmeath.