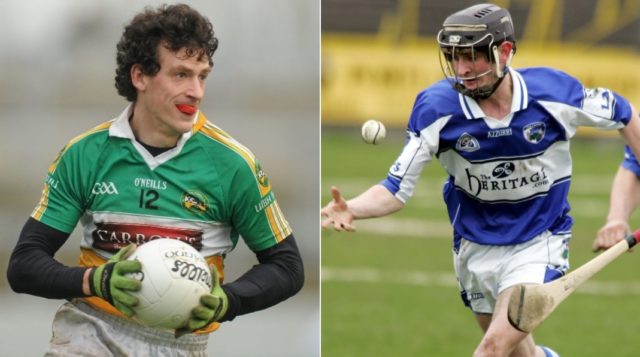 Two Laois clubs have been given a nice pre-season boost following the decision of former county players to transfer to them.

Former Offaly footballer Aidan Keenaghan has transferred to Ballyfin from Ferbane while Philip Russell, who played senior hurling for Laois, has moved to The Harps from Galmoy in Kilkenny.

Keenaghan, who is married in the Ballyfin area and is principal of the primary school in Ballacolla, was wing-forward on the Ferbane team that won the Offaly senior title last year – their first in 25 years. He was captain when they reached the final in 2018.

Keenaghan’s transfer was approved by Leinster Council at the end of January.

He played a number of times for Offaly in the late 2000s and early 2010s and his arrival to Ballyfin will be a big boost.

They were only beaten in the Laois SFC semi-final last year by Killeshin after a replay as they enjoyed their best season ever with impressive wins over Arles-Killeen, O’Dempsey’s and Crettyard.

They will again be under the management of Killian Fitzpatrick, Daryl Egan and Gary Byrne and have talented group of players to call upon.

Russell, meanwhile, played for Laois in the late 2000s and was a high-scoring forward for Galmoy in Kilkenny, who are partly located in Laois thus allowing their players play for Laois if they wish.

The Harps were beaten in the Laois Senior ‘A’ hurling final last year for the second season running.

That grade has since been renamed to the Premier Intermediate and will be the Durrow-Cullahill’s fourth season outside the top level of Laois club hurling have been relegated in 2016.