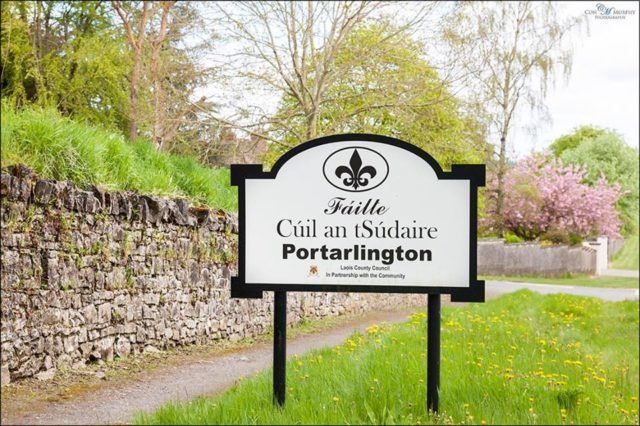 The town of Portarlington is in line for a major upgrade of its footpaths but local councillor Aidan Mullins did raise some concerns about the project going forward.

The plan is to replace the footpaths on both sides of the road from the Top Square all the way back to the Bank of Ireland and Credit Union with the overhead ESB cables set to be installed underground.

Currently this project is out to tender.

“It will greatly enhance the path and will be imprinted concrete with a cobble lock effect,” said Cllr Mullins.

“The Tidy Towns are delighted but do have some concerns. It might visually look well but is there a risk it might crack from constant footfall or extreme weather?

“We don’t want to be spending big money on this if it will need to be repaired down the line. There is also the issue if somebody else has to do work like Irish Water, will there be a patchwork effect?”

Philip McVeigh, a senior engineer for the Graiguecullen-Portarlington Municipal District, said that this type of path hasn’t been used in Laois before but they will look at how it works in other areas.

Elsewhere, Cllr Mullins raised the issue of flooding on the paths on Foxcroft Street in the town.

“This urgently needs to be addressed,” he said. “The fall is the wrong way on the paths. You can’t walk on it and there are people that can’t come out of their houses.”

Cllr Aidan Mullins was supported by Cllr Tom Mulhall (Fine Gael) in his calls for road safety measures at Corrig in Portarlington coming out of the town.

The dangerous bend has been scene of numerous accidents, caused by a number of factors “behaviour and conditions,” according to Cllr Mullins.

In the response, the council said they are installing a digital “speed radar type SLOW sign” on the town side approaching the bend.

Cllr Mullins called for it to be included in the Road Safety Remedial Measures for 2020 but was informed that that budget was already allocated.

Council engineer Philip McVeigh did say, however, that they will see can it be included in the scheme.

Residents in the Rosecourt estate near SuperValu in Portarlington are frustrated with an increase in people parking outside their houses and have called for measures to be introduced to prevent it.

“It’s across the road from SuperValu and Costa which has just opened and people are driving up on the green area and have it destroyed,” said Cllr Mullins.

“I believe SuperValu are in the process of adding more parking but I would like to see some presence there – flower beds or shrubs would look well – that would stop it.”

“We are currently reviewing options to prevent vehicles parking along this area.”