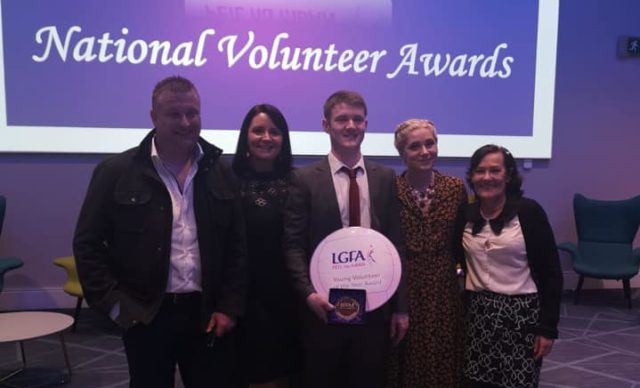 Club secretary for Crettyard LGFA Eoin Delaney was awarded with Young Volunteer of the Year by the Ladies Gaelic Football Association recently.

Eoin was presented with his award by Marty Morrissey during the annual LGFA Volunteer of the year awards ceremony in Croke Park last Friday February 21.

The awards are given to those who have given exceptional service or outstanding contribution to the LGFA.

Eoin was vital in the restoration of the club, and continues to play an important role.

This is a great achievement for the club, only one year in.

Lulu Carroll’s family and former teammates were also in attendance to present the Lulu Carroll award to Maggie Skelton from Tyrone.

This award is named after the late Lulu, a 2001 All-Ireland Senior medalist with Laois who sadly passed away in 2007, following a battle with cancer.

Missing from the photo is Ann Brennan, Gillien Hyland and Linda Kearney. 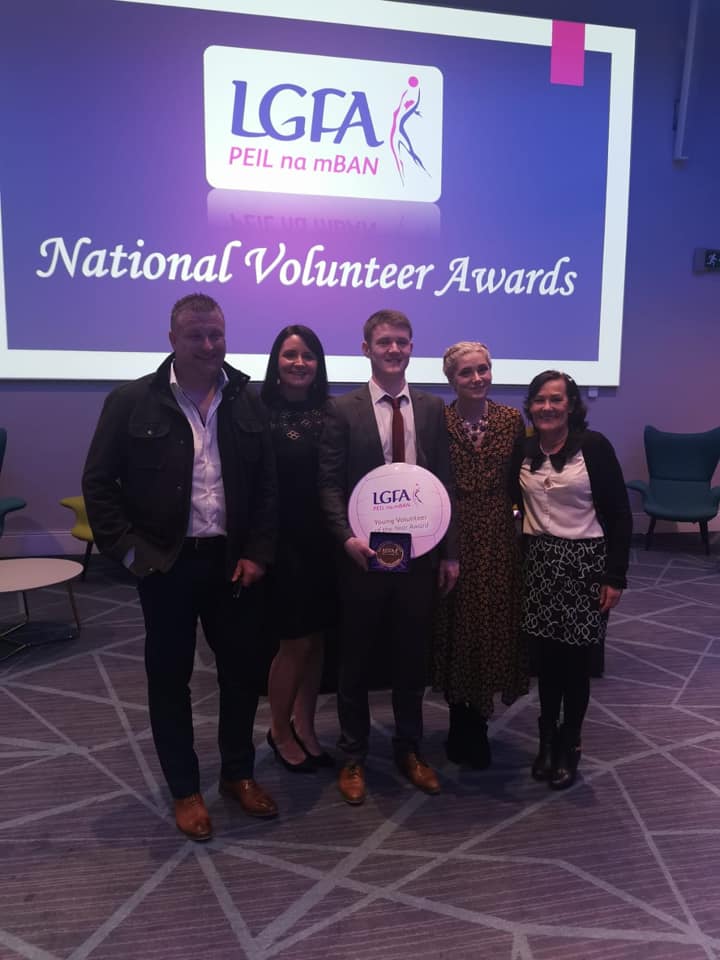