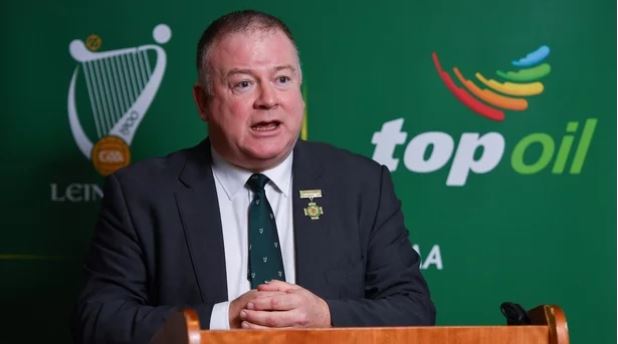 Bolger is very well known in Laois as he works as a Health and Safety Adviser for Laois County Council.

Although a native of Carlow, Jim lives in Killeshin where his two sons, Shane and Ross play football.

Shane is currently a member of Mike Quirke’s Laois senior football squad while Ross made appearances from the bench for the Laois U-20s in recent wins against Westmeath and Kildare last week.

Bolger was born in Hackettstown in Carlow and is a member of the Clonmore club.

A former inter-county player and selector with Carlow, Bolger was elected Leinster GAA chairman in January 2017, replacing John Horan, and has served in the role since then.

He previously filled the roles of treasurer and vice-chairman in the Leinster Council.

His deputy, Offaly’s Pat Teehan, was elected as his successor last month.

Speaking to RTE News ahead of this weekend’s Congress, Bolger says that costing and governance are top of his agenda.

He said: “The objective is to ensure that our volunteers can think more strategically and not be preoccupied with fund-raising and the challenges around fund-raising and keeping teams going.

“We know the cost of running inter-county teams, which is astronomical really, and I think it’s not sustainable from my perspective.

“And from the GAA’s perspective, it’s definitely not sustainable to fund inter-county teams to the levels we are at present.”

However, he is the current outsider in the field with odds of 20/1.