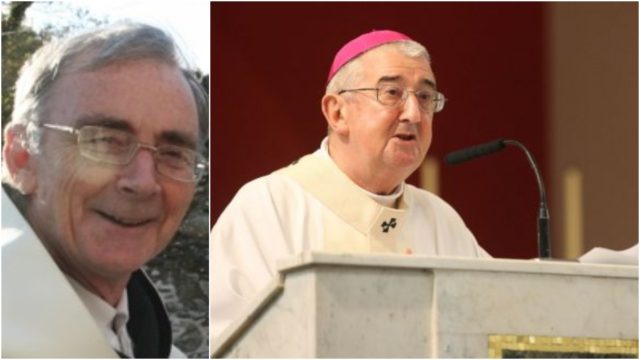 The lecture takes place in the college at 6pm.

Archbishop Martin is the most influential Catholic prelate
in Ireland and is 16 years in his role this April. He is 22 years a Bishop and almost 19 an Archbishop.

Archbishop Martin was born in Dublin in April 1945 and attended schools in Dublin prior to studying philosophy at University College Dublin and theology at the Dublin Diocesan Seminary (Holy Cross College, Clonliffe).

He was ordained a priest in 1969 and later pursued higher studies in moral theology at the Pontifical University of St Thomas Aquinas in Rome.

In 1973-74 he was Curate at the Parish of St Brigid in Cabinteely. In 1975 he was responsible for the pastoral care of Dublin pilgrims during the Holy Year in Rome.

On 5th December 1998 he was appointed Titular Bishop of Glendalough and received the Episcopal ordination at the hands of Pope bJohn Paul II in St Peter’s Basilica on 6th January 1999.

During his service at the Pontifical Council for Justice and Peace, Archbishop Martin nrepresented the Holy See at the major United Nations Conferences on social questions in the 1990s.

In March 2001, he was elevated to the dignity of Archbishop and Apostolic Nuncio and undertook responsibilities as Permanent Observer of the Holy See in Geneva, at the United Nations Office and Specialised Agencies and at the World Trade Organisation.

Fr Peter Garvey was a former abbot of Bolton Abbey, near Moone, in Co Kildare.

He also had the distinction of serving for two terms – a total of 18 years – as president of Cistercian College. He died at Mount Saint Joseph Roscrea, in Decemeber 2014.

Previous speakers at the Fr Peter Garvey lecture were former Taoiseach Brian Cowen, a past student of the school, in 2018 and Holocaust survivor Tomi Reichenstal in 2019.