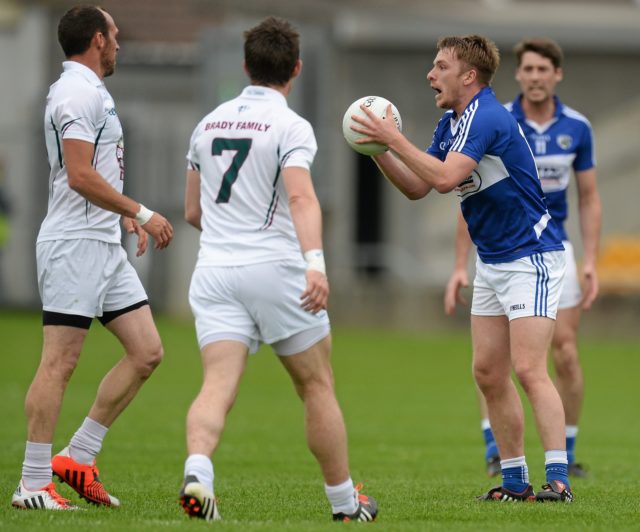 Six days after the Laois senior footballers defeated Cavan in Ennis, they are back at home this evening against neighbours Kildare.

A win would see Laois firmly in the promotion shake up with two games to play while a defeat will turn their attentions back to the sides below them.

The Laois team that is named shows one change from the one that started against Clare last weekend.

Laois are in action for the third week running and manager Mike Quirke has brought Courtwood’s Sean O’Flynn back into the starting team in place of the injured Cahir Healy.

Healy, who picked up a knee injury in the opening half last week, is awaiting a scan to determine the extent of his latest setback having suffered two cruciate injuries in the past couple of seasons.

O’Flynn, who will be part of the Laois U-20 team that take on Dublin in next week’s Leinster final, is named at wing-back with Graiguecullen’s Trevor Collins moving back into the corner.

Having been previously named at full-forward but played mostly at midfield, captain Kieran Lillis is named at midfield on this occasion alongside John O’Loughlin.

Kildare have made three changes from the team that lost out to Roscommon last week.

Con Kavanagh comes into the team at centre back in place of Darragh Malone with Eoin Doyle switching to corner back.

Tommy Moolick is midfield with David Hyland going to win back in place of Shea Ryan while Liam Power comes into the attack for Keith Cribbin.

This is a fixture Laois haven’t recorded a win in since 2010 and have only won one of the last 10 league or championship meetings between the counties.

Under former All Ireland winning Kerry manager Jack O’Connor, Kildare won their first game against Fermanagh but have since lost three games in a row – to Clare, Armagh and Roscommon.

Whereas Laois have lost just once under new manager Mike Quirke and sit three points above Kildare before throw in.

What do we know about Kildare?

They have one win and three defeats from their opening four games and sit alongside Clare and Fermanagh in the relegation places.

They defeated Fermanagh in round 1 but have since lost to Clare, Armagh and Roscommon.

They still have a lot of quality though with Kevin Feely and the returning Tommy Moolick real powerhouses in midfield.

Up front, Daniel Flynn and Niall Kelly will need close attention while Adam Tyrell is capable of scoring too.

They will view this as a must win game if they are to avoid relegation to Division 3. 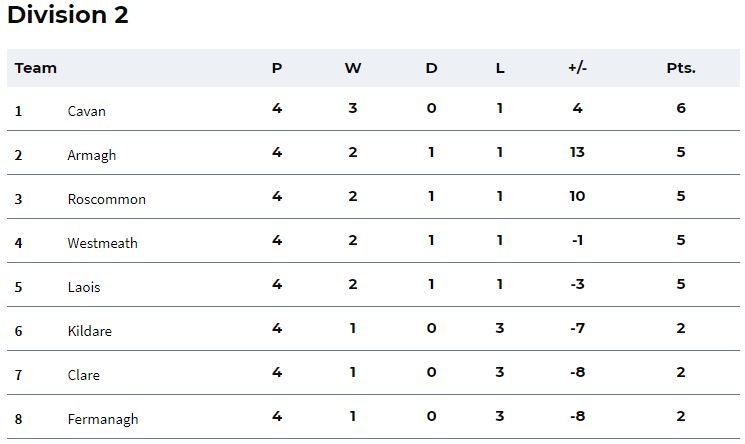 Cavan’s Joe McQuillan will be the man in the middle this evening. He has refereed Laois a lot over the last 15 years but most recently was in charge for the Leinster semi final defeat to Meath last year.

This is the only Division 2 game today and there are three other games down for decision on Sunday afternoon.

Roscommon host Westmeath at 2pm while Fermanagh entertain fellow Ulster side Armagh at the same time.

The final game of the round sees top play bottom as Cavan host Clare at 2.30pm.