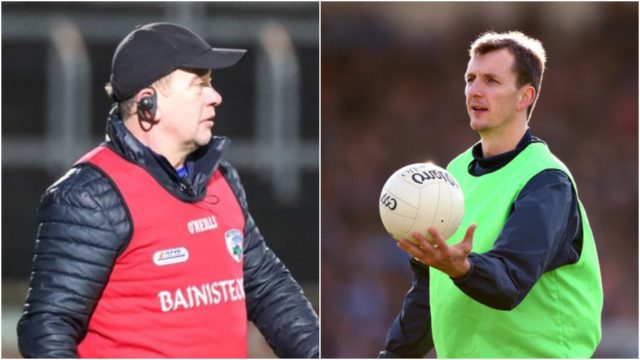 Brought to you in association with the Anvil Inn, Portarlington

The Laois U-20 team for Friday night’s Leinster U-20 football final against Dublin shows no changes from the side that beat Kildare in the semi-final two weeks ago.

Eddie Kinsella has kept faith with the same starting 15 with senior players Sean O’Flynn and Mark Barry included as well as Portarlington’s Colin Slevin, who returned from suspension to play a key role in that win over Kildare.

Laois meet Dublin in Netwatch Cullen Park on Friday night, in a game that will be televised lived on TG4.

It is the second year in a row for the counties to meet in the provincial final, with Dublin proving too strong in last year’s final on a scoreline of 4-18 to 0-17.

Elsewhere, former Laois senior manager John Sugrue has guided Kerry to the Munster U-20 title – they beat All Ireland champions Cork in Tralee tonight on a scoreline of 0-17 to 1-9.

Cork led 1-6 to 0-5 at half time but Kerry completely turned things round in the second half, outscoring Cork by 0-12 to 0-3 with Ruaidhrí Ó Beaglaoich from An Gaeltacht, a brother of Kerry senior player Briain, scoring six points in all.

Kerry now go forward to meet Galway or Roscommon in the All Ireland semi-final. Tyrone and Donegal meet in the Ulster final with the winners of that progressing to play the Leinster champions.

The All Ireland U-20 semi-finals will be played as a double header on St Patrick’s Day in Croke Park, taking the slot that was previously used for the All Ireland club finals.