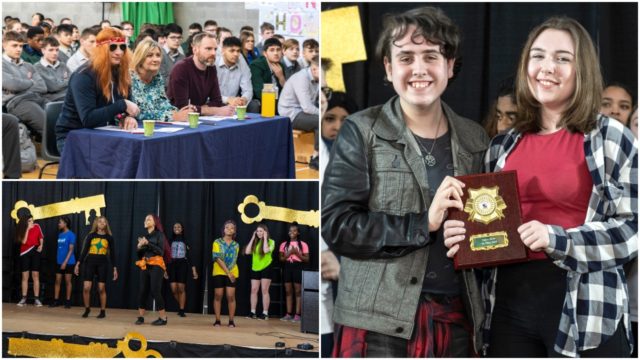 Students at Portlaoise College have an ocean of hidden talent amongst them.

They had the opportunity to demonstrate their skills and abilities during the Talent Show at Portlaoise College on February 27.

Nearly 400 primary school students from The Heath, Stradbally, Timahoe and Portlaoise cheered in gleeful anticipation of the early show.

The early show gave the performers an increased sense of confidence, in order to truly impress their peers and staff at Portlaoise College in the afternoon show.

Students have been working and practicing hard after school for weeks in the lead up to this event, showing their peers what amazing feats can be achieved with commitment and determination.

The show closed with beautiful singing from the choir, conducted by Ms. Urszula, before one final treat for the audience.

The students at Portlaoise College have an absolute abundance of talent, but so too do the staff. Ms. Marum, Ms. Scully, Ms. Urszula, Miss Wilson, Miss Kelly, Mr. Harvey, Mr. Whelehan, Mr. Fitzpatrick and Mr. Scully filed onto the stage and the excitement in the crowd was palpable.

The students got to see their teachers in a completely new light.

They performed a medley of traditional songs and their scintillating performance was matched only by the audience’s rapturous applause.

William Flanagan, Emmet Scully and Patricia Cullen were the judges on the day.

They had the incredibly difficult task of deciding between the neck-to-neck performances.

After much debate, third place went to Alyson Skerritt from first year, who sang beautifully and also played the ukulele.

Second place went to Oliver Brown Quail and Kayla Daly who played the bodhran and tin whistle respectively, at first playing individually before working together towards a powerful crescendo.

First place went to Conor Fitzpatrick and Megan McPartland for their hauntingly beautiful rendition of the famous ‘Shallow’ from ‘A Star is Born’.

A special mention to the MC’s Keyleigh McGrath and Ben Campbell, who delighted the audience with their energy and pizzazz.

On a final note, recognition must be given to the three teachers who gave their time and efforts to making such an enjoyable event possible.

Miss Wilson, Miss Duffy and Mr. Harvey guided and supported students for the last number of weeks, refining the acts to perfection.

The Talent Show at Portlaoise College was a roaring success that has set the bar very high for future endeavours. 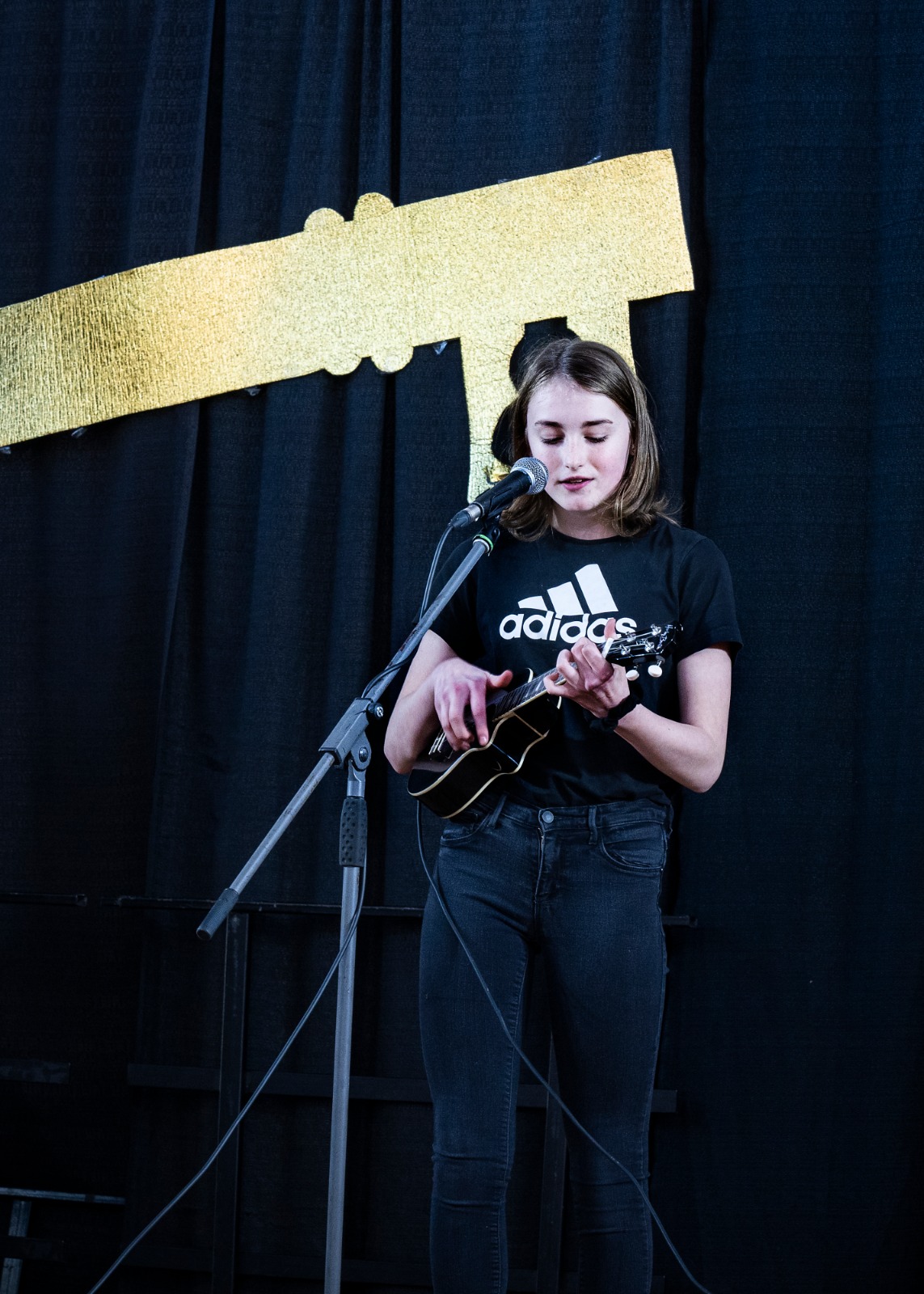 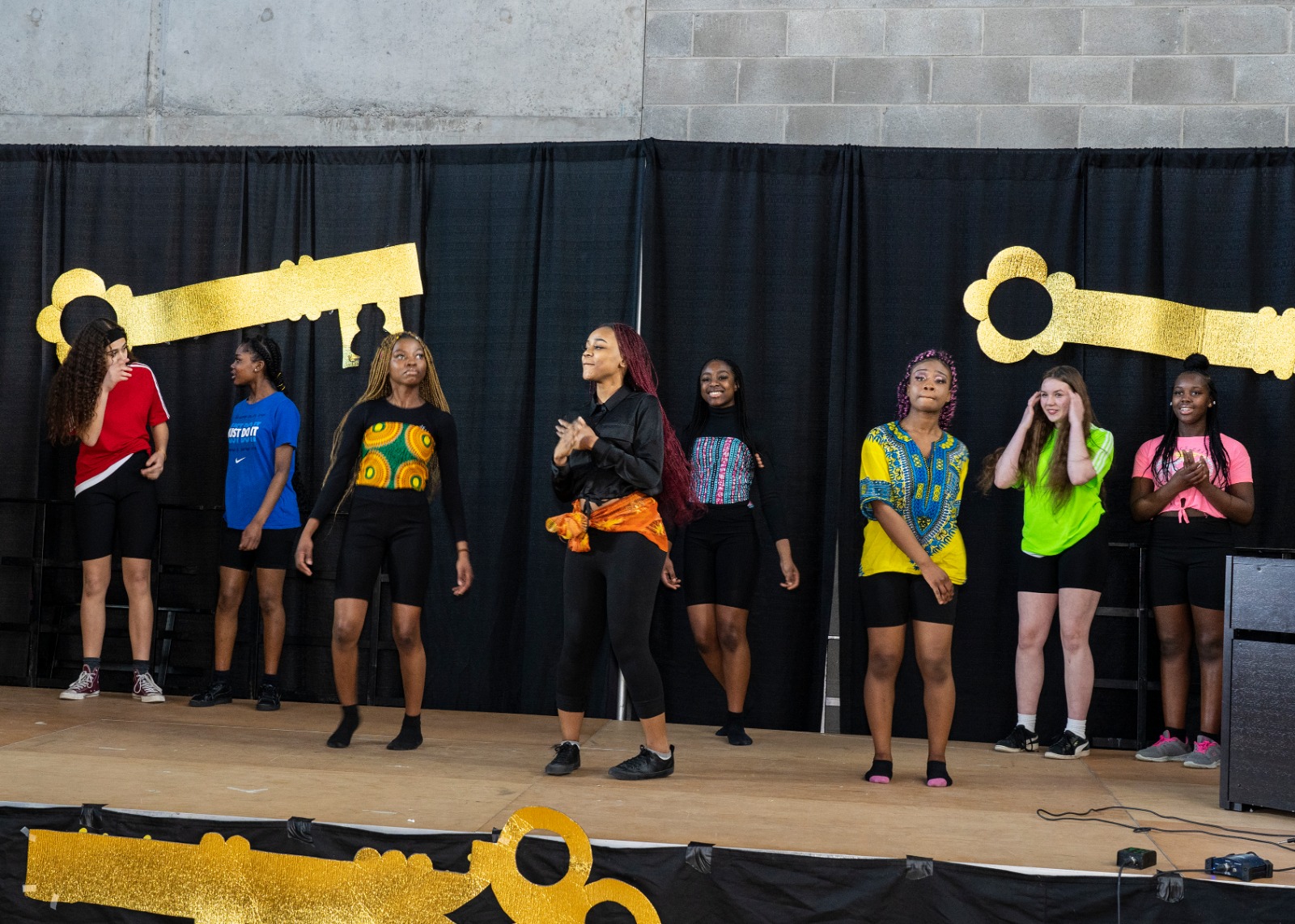 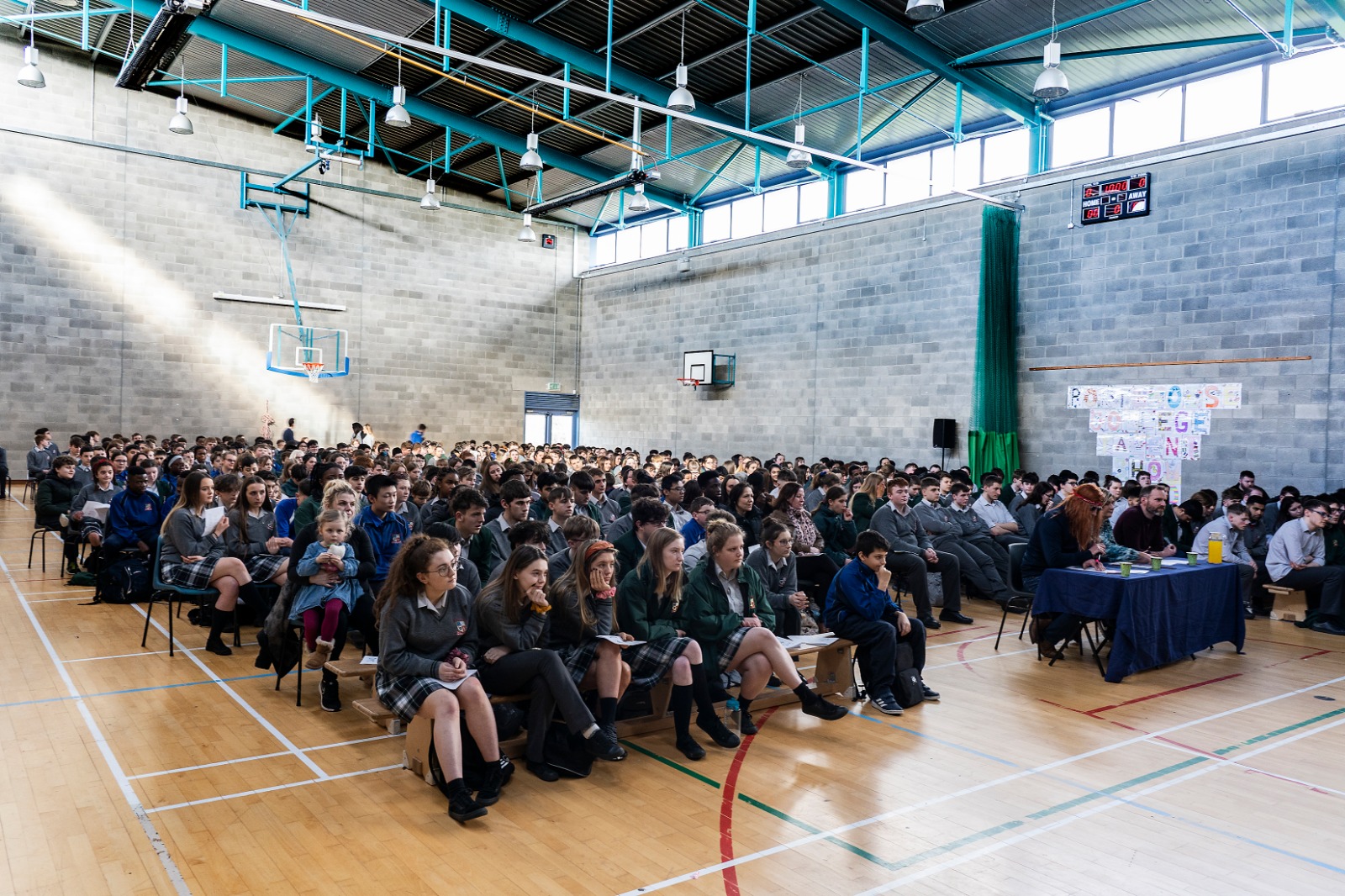 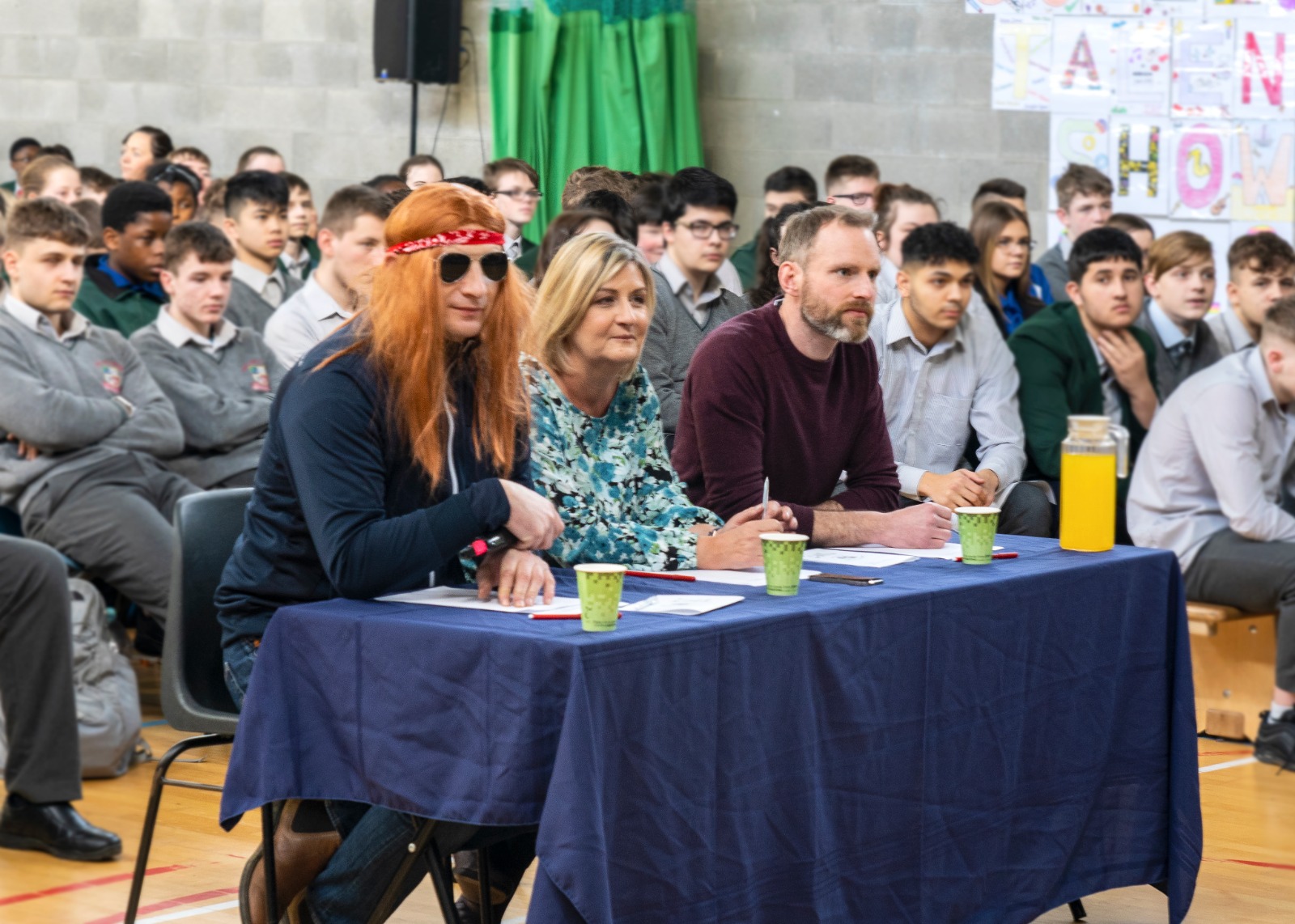 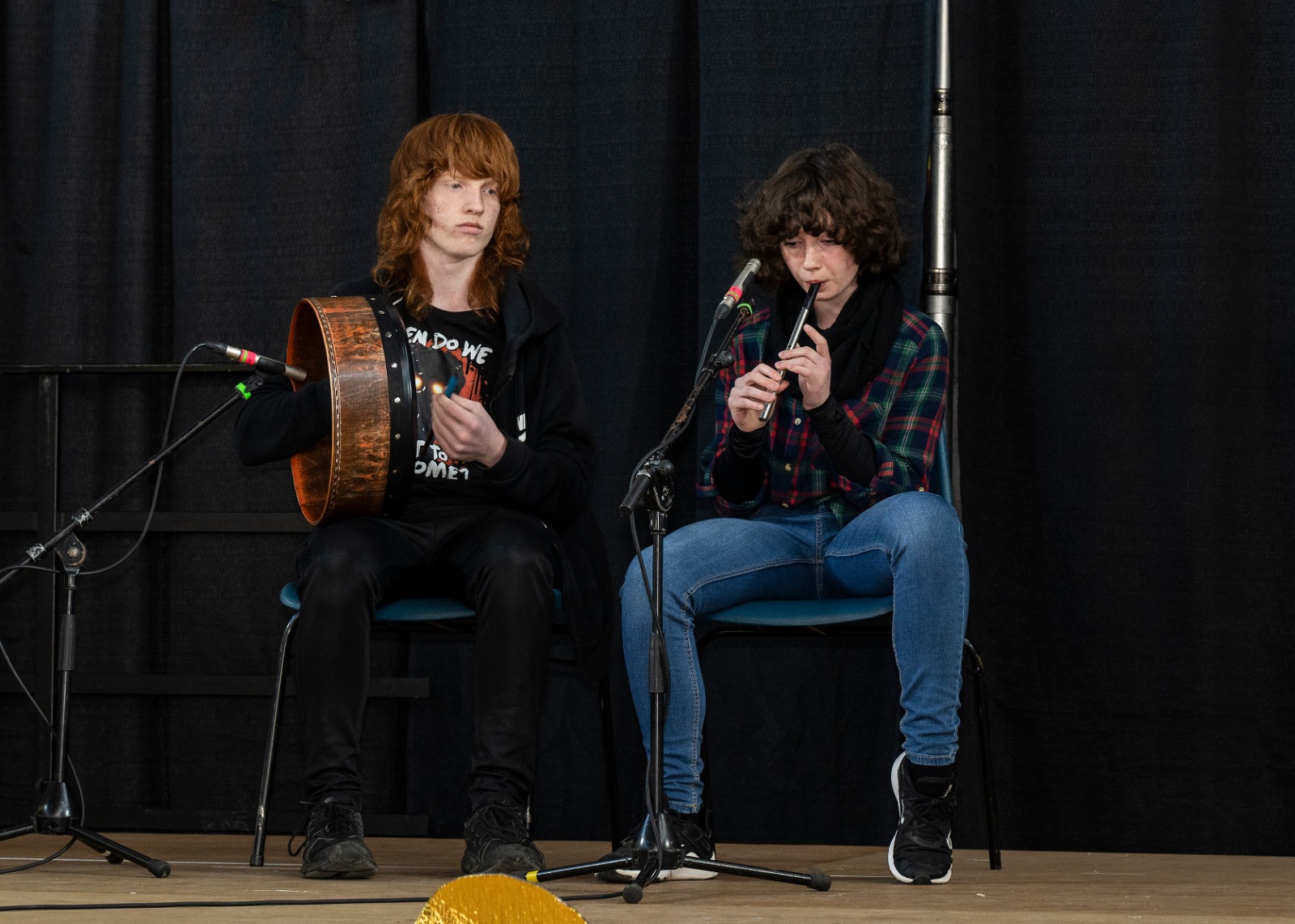 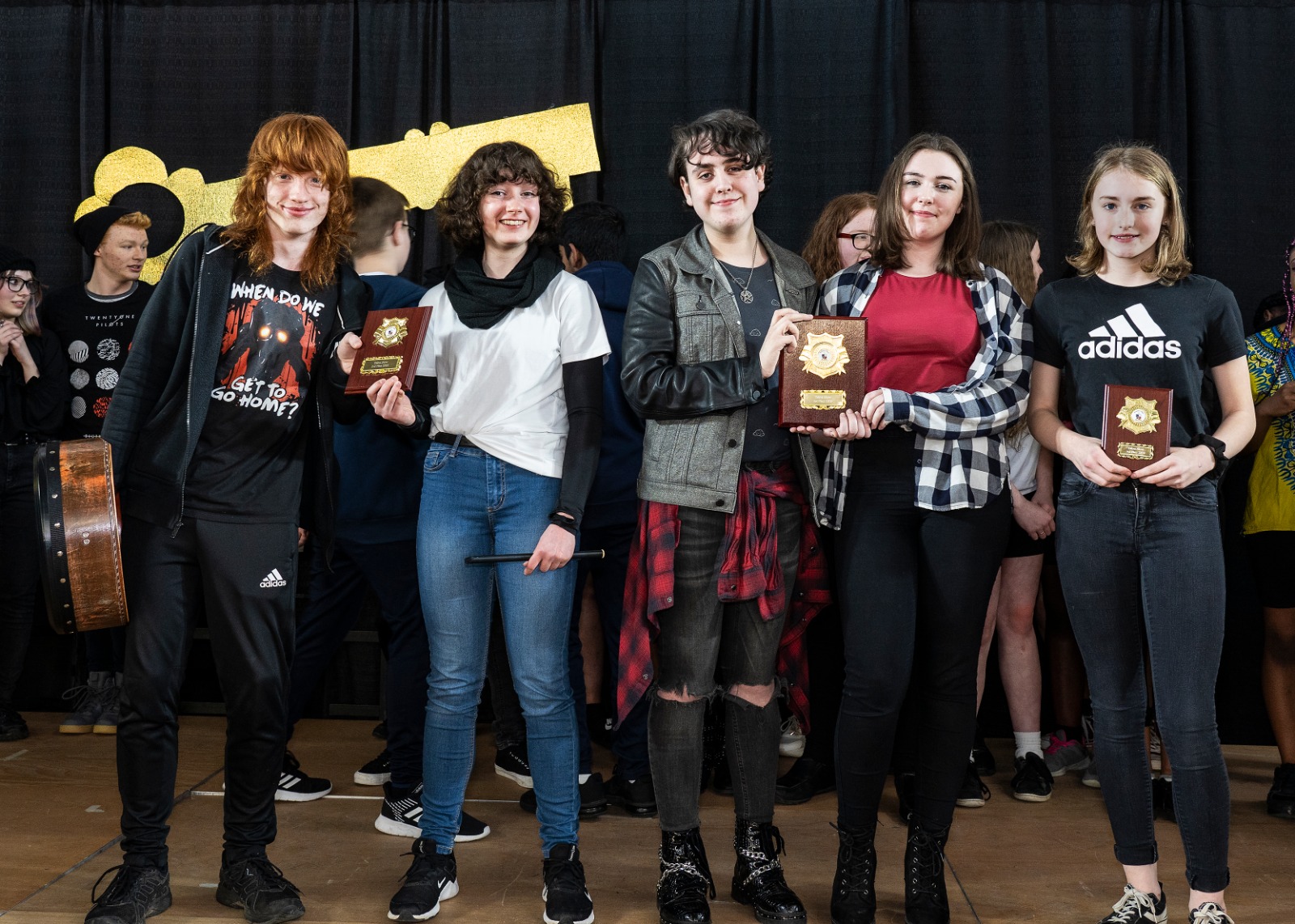 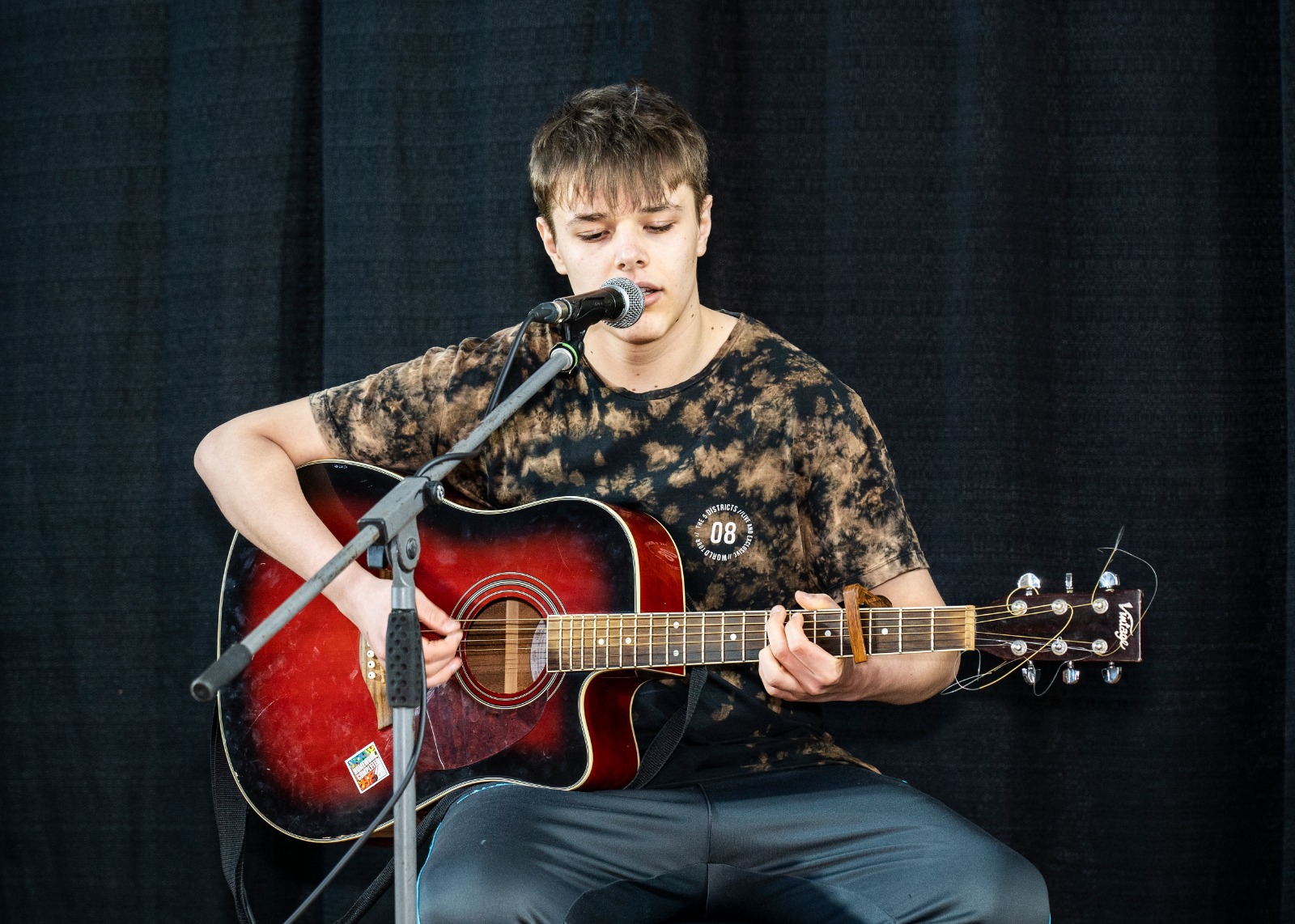 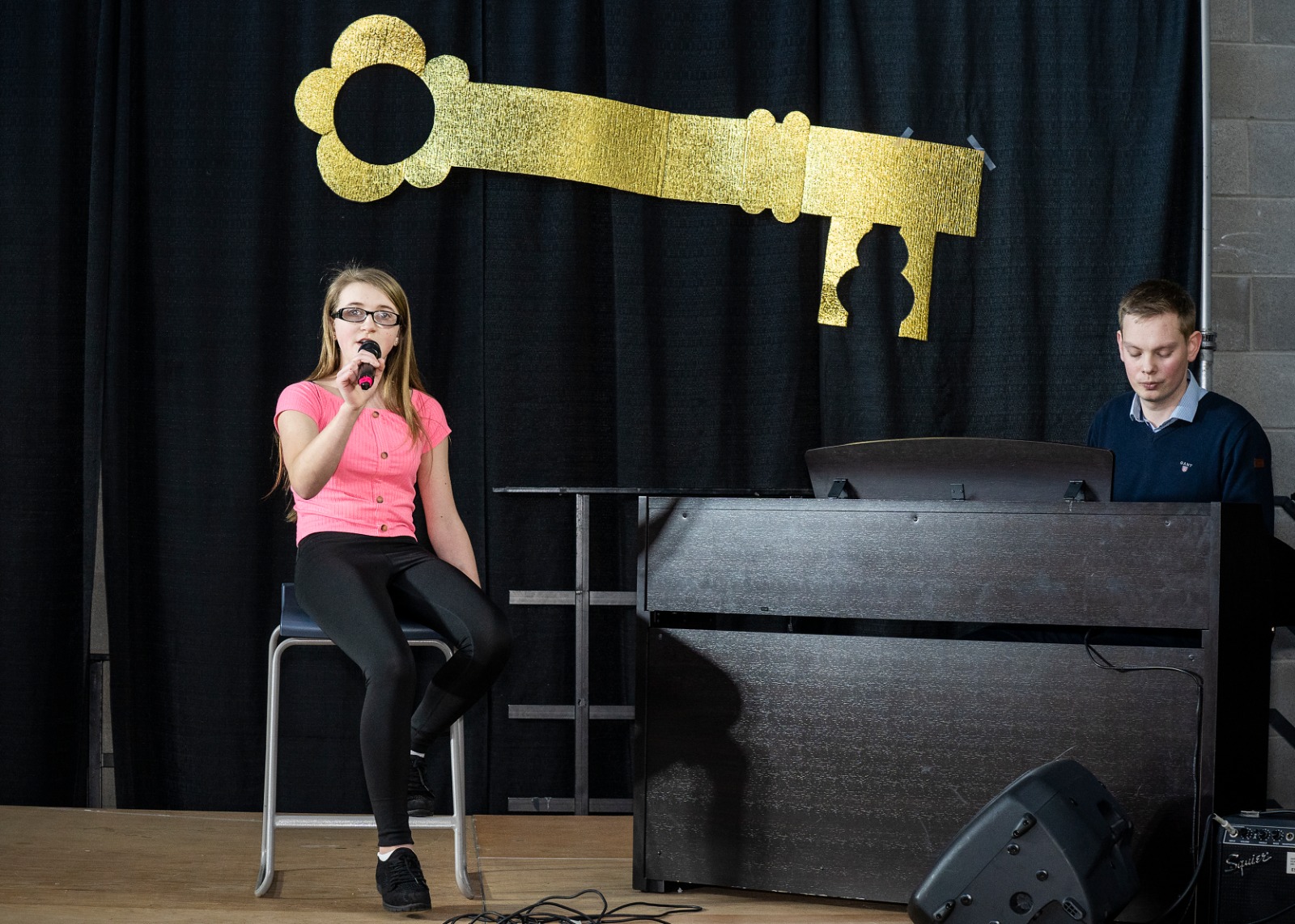 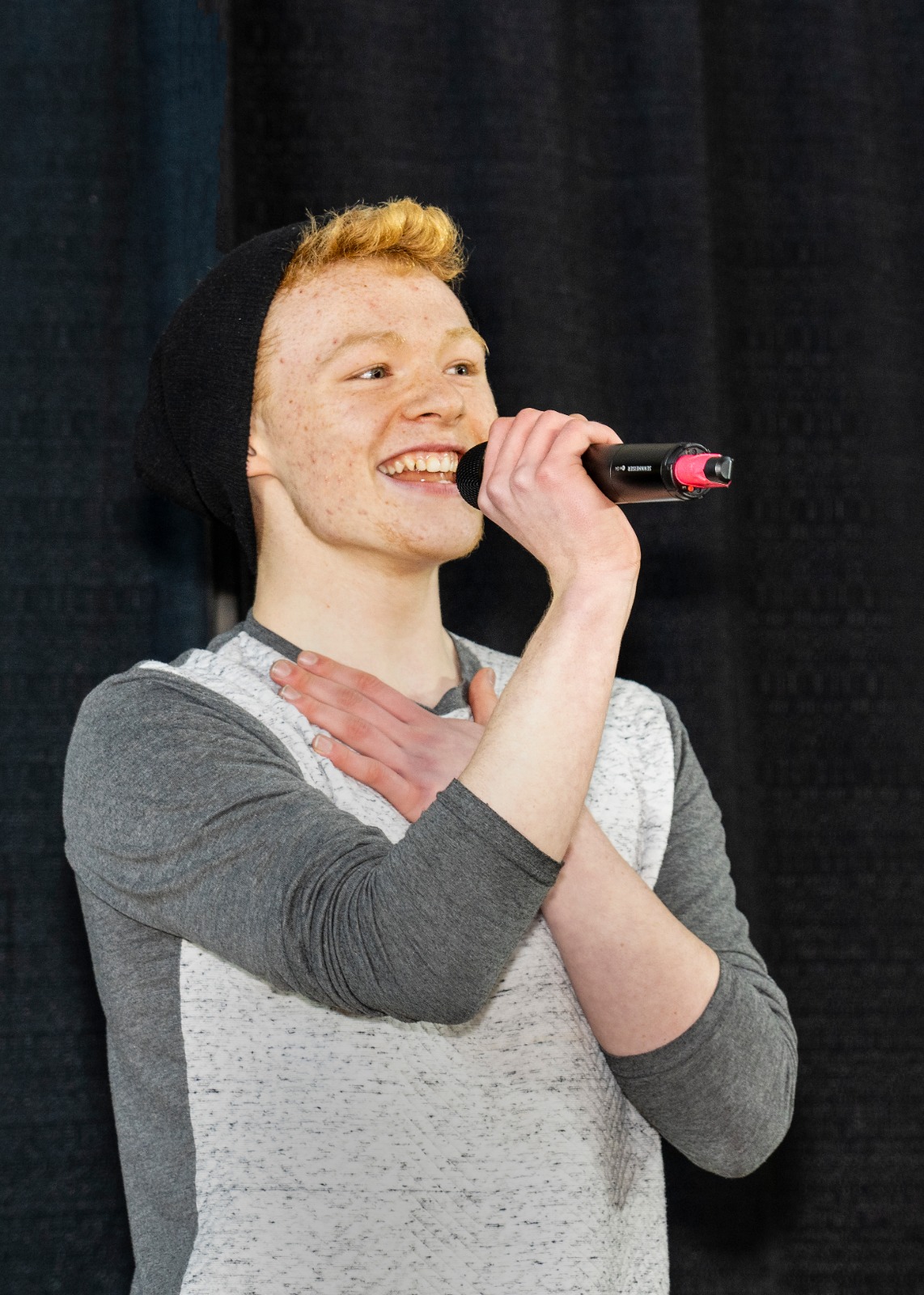 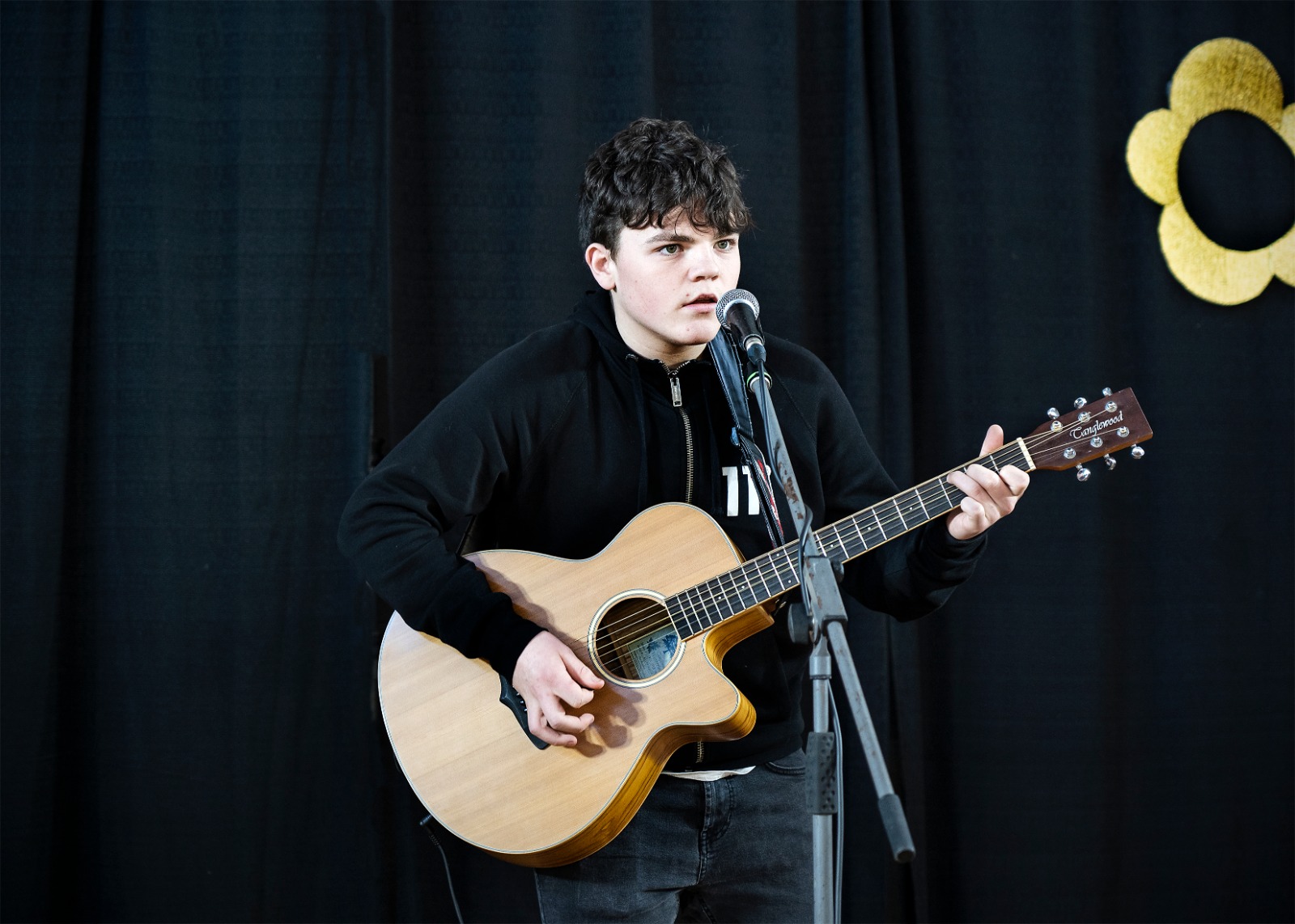 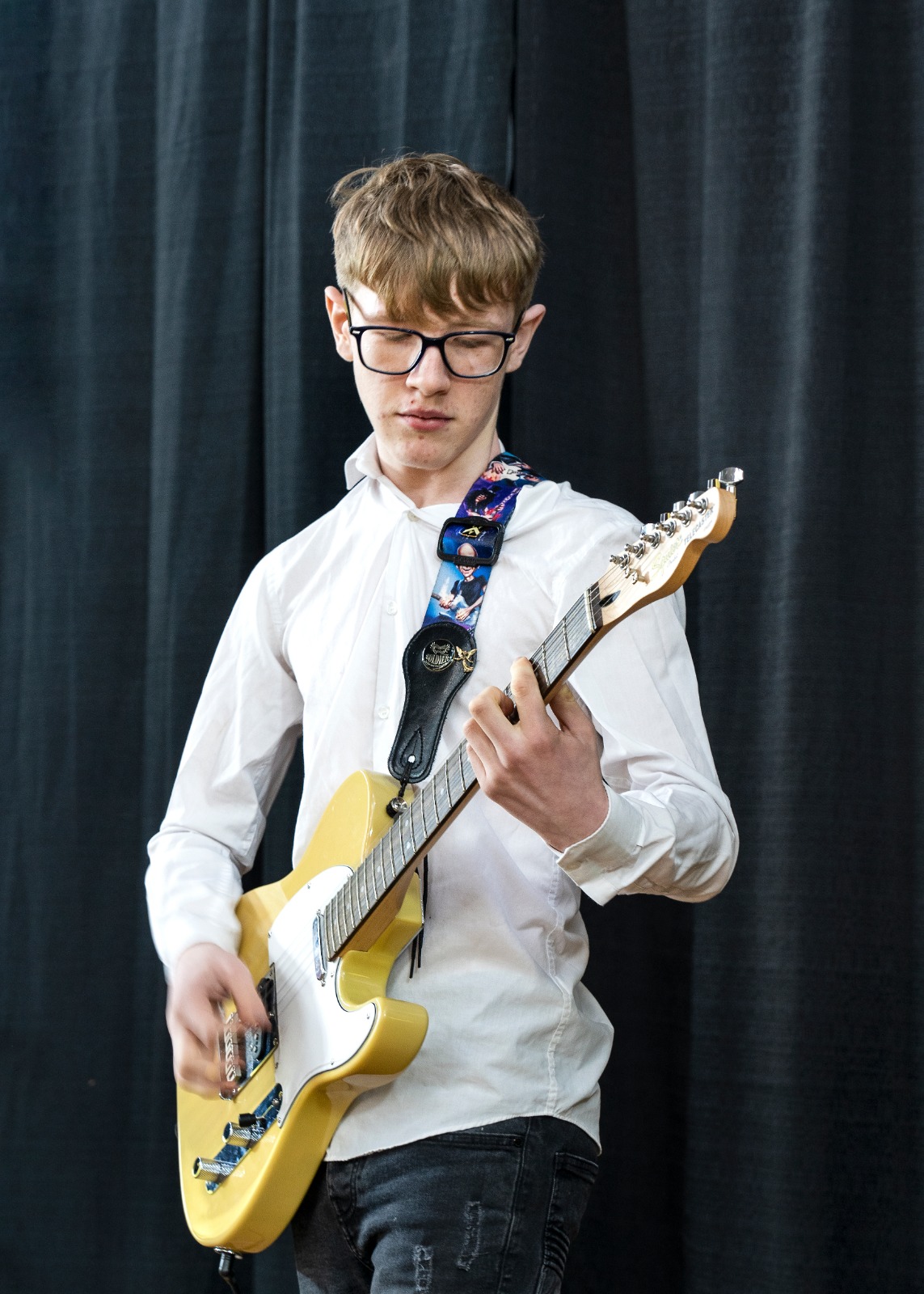 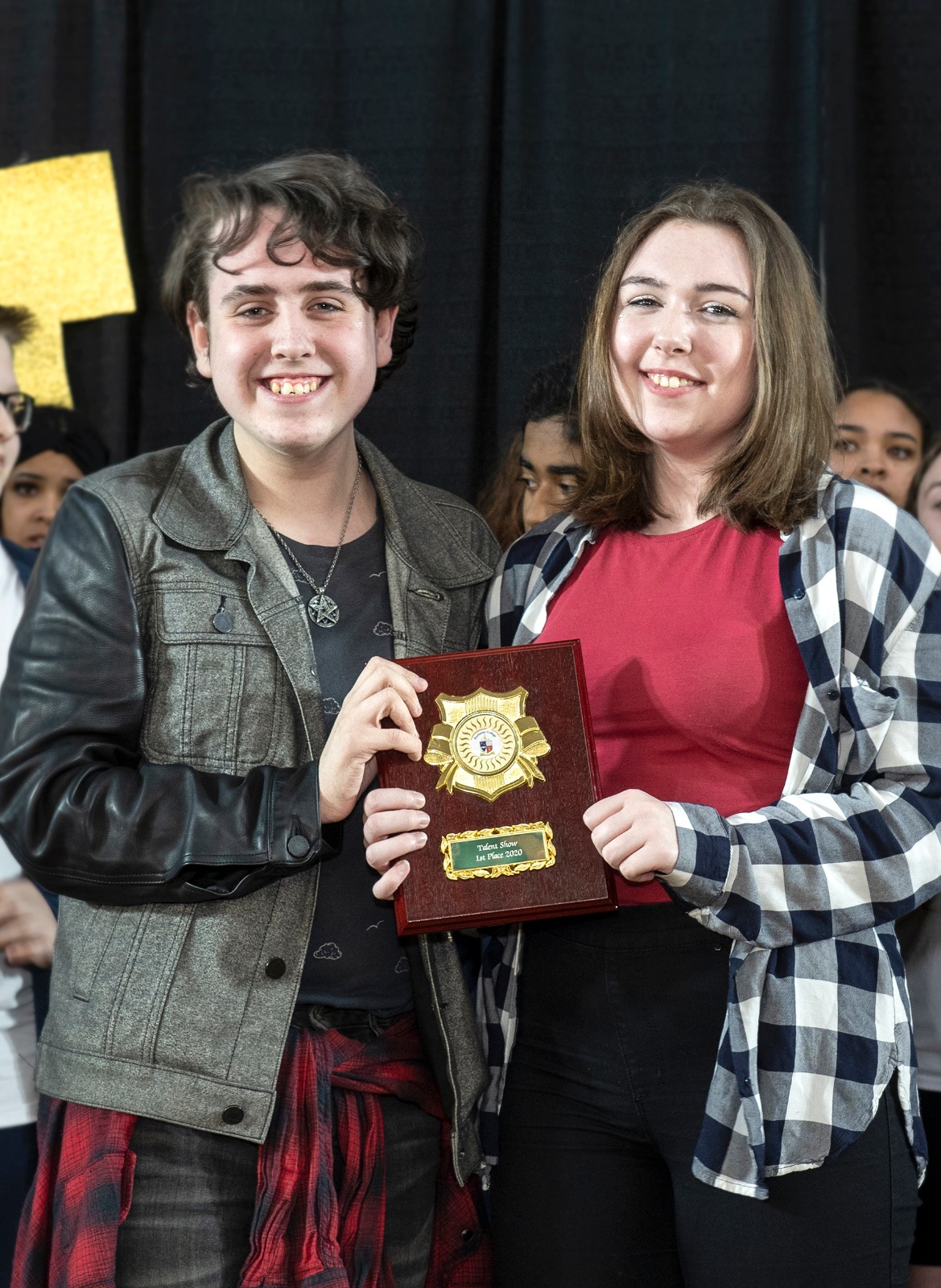