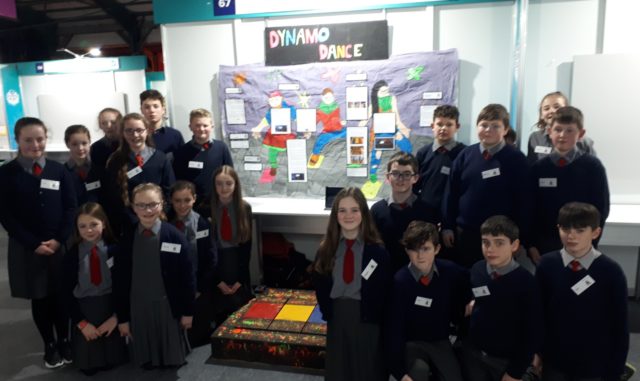 Steps, shuffles, jigs and reels were to the forefront at ESB ‘Science Blast’ recently, as children, adults and even the judges strutted their stuff on the cleverly designed dance pad created by the children of Timahoe NS.

This was no ordinary dance pad however as it had a lot more to it than met the eye.

It was uniquely designed and constructed to generate electricity through kinetic energy expended by the people dancing on it.

Not only did it produce electricity, it generated enough power to charge the teacher’s iPad, a very thoughtful gesture by the children!

‘Dynamo Dance’ was the title of the project and it proved to be a real hit among the judges and general public attending the event.

Alison Lynch explained how the idea came about “children have lots of energy and we wanted to see if we could put some of it to good use.

“We wondered if we could harness that energy to create electricity.”

Eoin Mc Grath detailed how the children “took the dynamos from hand powered torches and fitted them into the dance pad to create electricity.

“We have three in each step. It was a lot of work but we learned loads.”

Andrew Coyne who loves coding was to the forefront of a group that designed a computer game using scratch computer coding.

“We wanted to make the dance pad more interactive and fun so we designed a game that made the dancer react to the colours that appeared in front of them.

“So if red comes up on the screen, the dancer jumps on the red step. It took a bit of time but if you understand coding, it wasn’t too bad”.

Apart from the interactive experience offered by the dance pad, the children wowed the judges with their extraordinary scientific knowledge, remarkable presenting skills and their dazzling display.

‘Science Blast’ is a huge science exhibition run by the RDS and sponsored by the ESB.

Timahoe NS has a rich tradition in this exhibition – they have now exhibited for nine years in a row, which is a remarkable achievement.

The adjudicators’ comments reflected the huge amount of work undertaken by the students. They were “very impressed with the teams excellent scientific method”.

They also commented on the “ingenuity and creativity demonstrated” and stated that their project “had a clear focus that could have a big impact in the future.”

They also noted that the pupils “were great communicators” and could make no recommendations other than to “keep developing the project and sharing the results with as many people as possible.”

Principal Ann Bergin was very proud of her students efforts stating that they “had worked extremely hard on the project and benefited from a hugely enjoyable learning experience.

“It is brilliant to see a science project emerge from dancing, such a routine daily activity that all children enjoy. It definitely reinforces the notion that Science is all around us”. 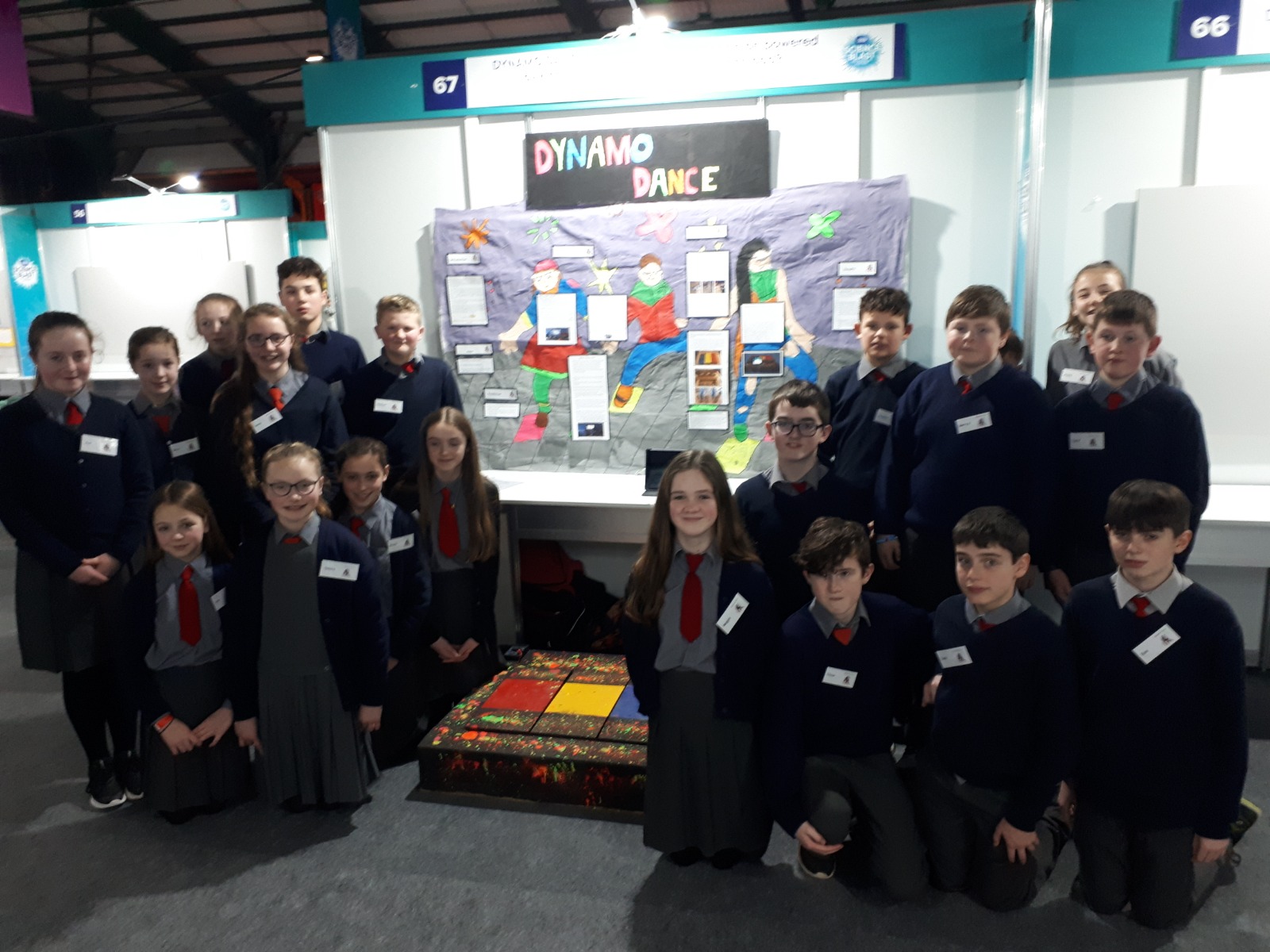 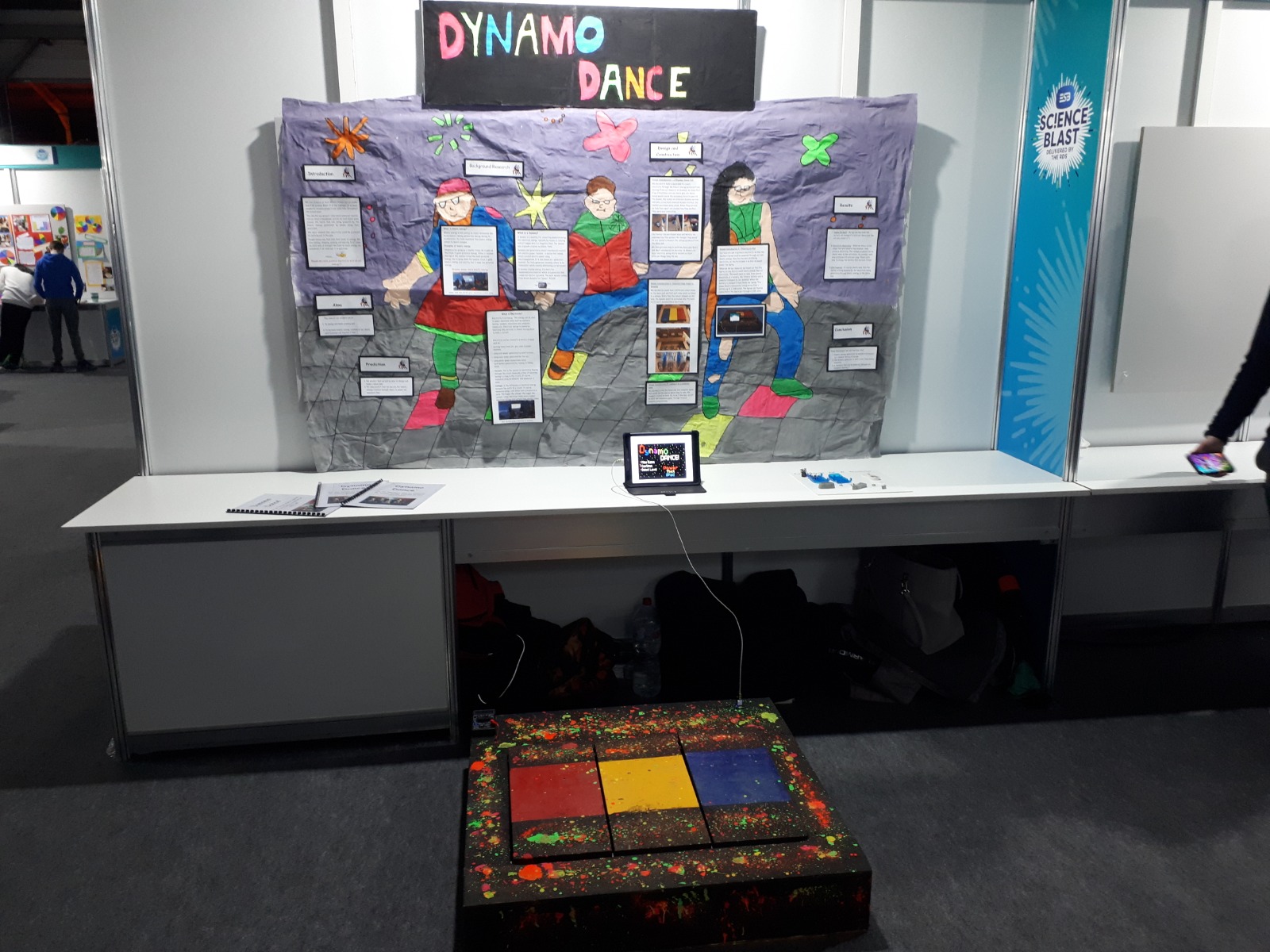