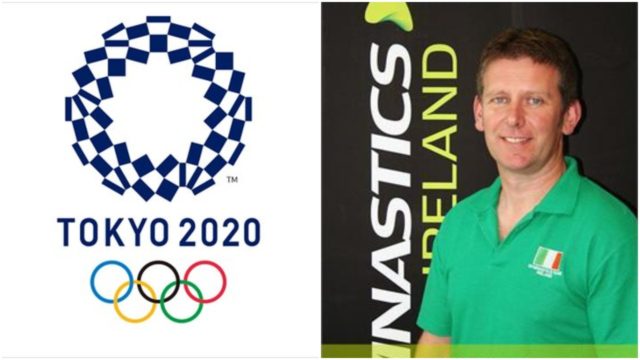 Denis Donoghue of Portlaoise Gymnastics Club and Gymnastics Ireland has been selected to judge at Tokyo 2020 Olympics.

This is Denis’s third time getting the call-up for an Olympic Games.

“This will be my third so I realise I’m very fortunate.

“It’ll be extra exciting this year with Rhys McClenaghan and Luke Carson (Irish gymnasts) hoping to make a bit of history.”

Denis is a Brevet Judge for the Men’s Artistic discipline, the highest level of judge in the world of gymnastics.

He is also the head men’s judge in Ireland and coordinates the training & development of the Gymnastics Ireland men’s judging workforce for the discipline on a national level.

Gymnastics Ireland CEO Ciaran Gallagher added: “It’s no surprise Denis has received the call-up for Tokyo 2020 given how highly regarded he is within the top judging ranks of the international gymnastics community.

“On behalf of all at Gymnastics Ireland I would like to congratulate Denis on this great achievement.”

This year’s Olympic Games is due to be held from July 24 until August 9 in Tokyo Japan.