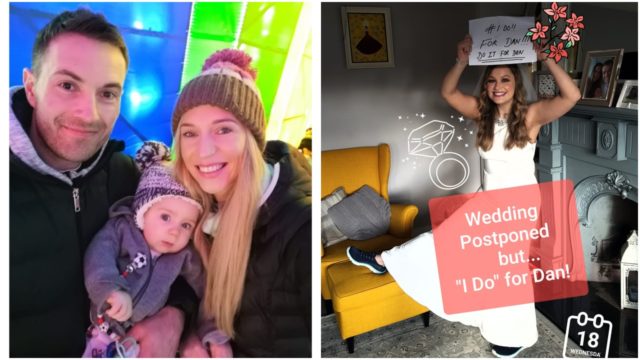 A bride-to-be whose wedding was postponed due to the Coronavirus outbreak has launched a fundraiser for little Dan Donoher.

Kilkenny woman Tanya Keating was due to get married to her partner Brendan in April but the Covid-19 outbreak has scuppered their plans.

But Tanya is a very positive person and she decided to turn her disappointment into an opportunity to help someone else.

So, on Wednesday March 18, she is wants to say “I Do” for Dan by doing a 10km walk on her treadmill in her wedding dress.

Tanya said: “I’m asking everyone to donate to Dan’s Go Fund Me page which I will link to this message.

“While we are all stuck inside let’s give Dan the chance to get out and about when COVID19 disappears.”

The reaction to the fundraiser has been huge with €335,000 raised so far from more than 10,100 different people.

SEE ALSO – WATCH: Here is how a Coronavirus testing centre looks and works