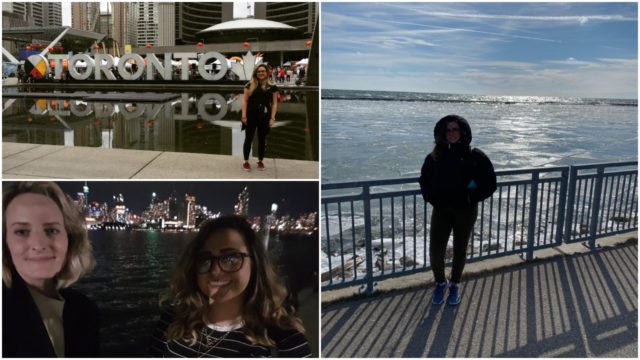 Meet Pippa Anderson from Abbeyleix – the latest subject of our Laois Abroad series.

Pippa moved to Toronto last year and is loving life in the city.

We asked Pippa about her experience in Toronto, how she made the move, strange things shes encountered on her travels and what she has learnt most since leaving Ireland.

I moved to Toronto in September after nearly three years of thinking about doing it. The last six months have been great!

How did you end up in Toronto?

I knew a few people living over here and they said it was a really nice place to live, there’s always things going on and the summers are supposed to be amazing!

What also helped was that there was an ease of mind knowing that if anything ever happened at home I’d be able to hop on a seven hour flight.

I was also thinking about moving to Australia because my best friend, Steph, moved there but decided I’d try Canada first.

It was a hard decision to choose between Toronto and Vancouver but as I had a job here before I landed, I decided I’d split my time in Canada.

I’m planning to move to Vancouver at the end of the year to see out the rest of my visa. 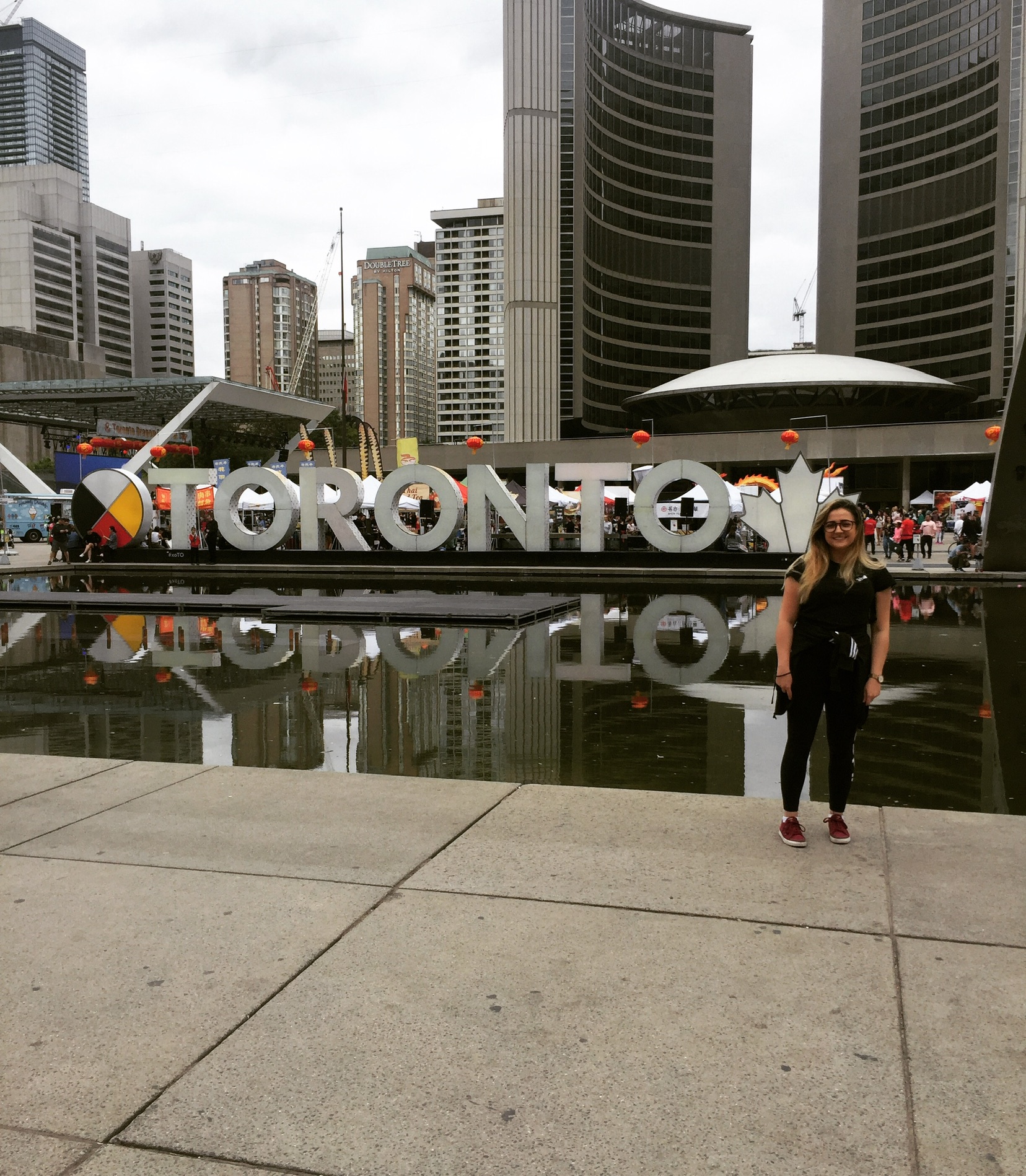 What’s the best thing about living in Toronto?

There is always something happening!! To move from Abbeyleix to Toronto was a huge culture shock in terms of cultural diversity and the different aspects of Canadian/city life.

Also, the people I have met and the stuff we have done together has made it better than I anticipated it to be.

I flew home for Christmas and it was great to see everyone! Getting to do the small things that you’d miss when living away from home like walk around the shopping center at Christmas with all the Christmas decorations up because not many places in Canada actually decorate for Christmas so it was nice to get back and enjoy it!

Those 10 days at home flew and I feel like I didn’t get to do half of what I wanted but it was still really nice to get home.

To be honest, before I went home for Christmas, I was feeling really homesick.

I was working six days a week and had no chance to do anything social so I was really looking forward to going home.

When I got home, I realized that everything was exactly the same as I left it and it’s probably always going to be like that too so it made it easier for me to come back to Toronto and I have settled a lot more now! 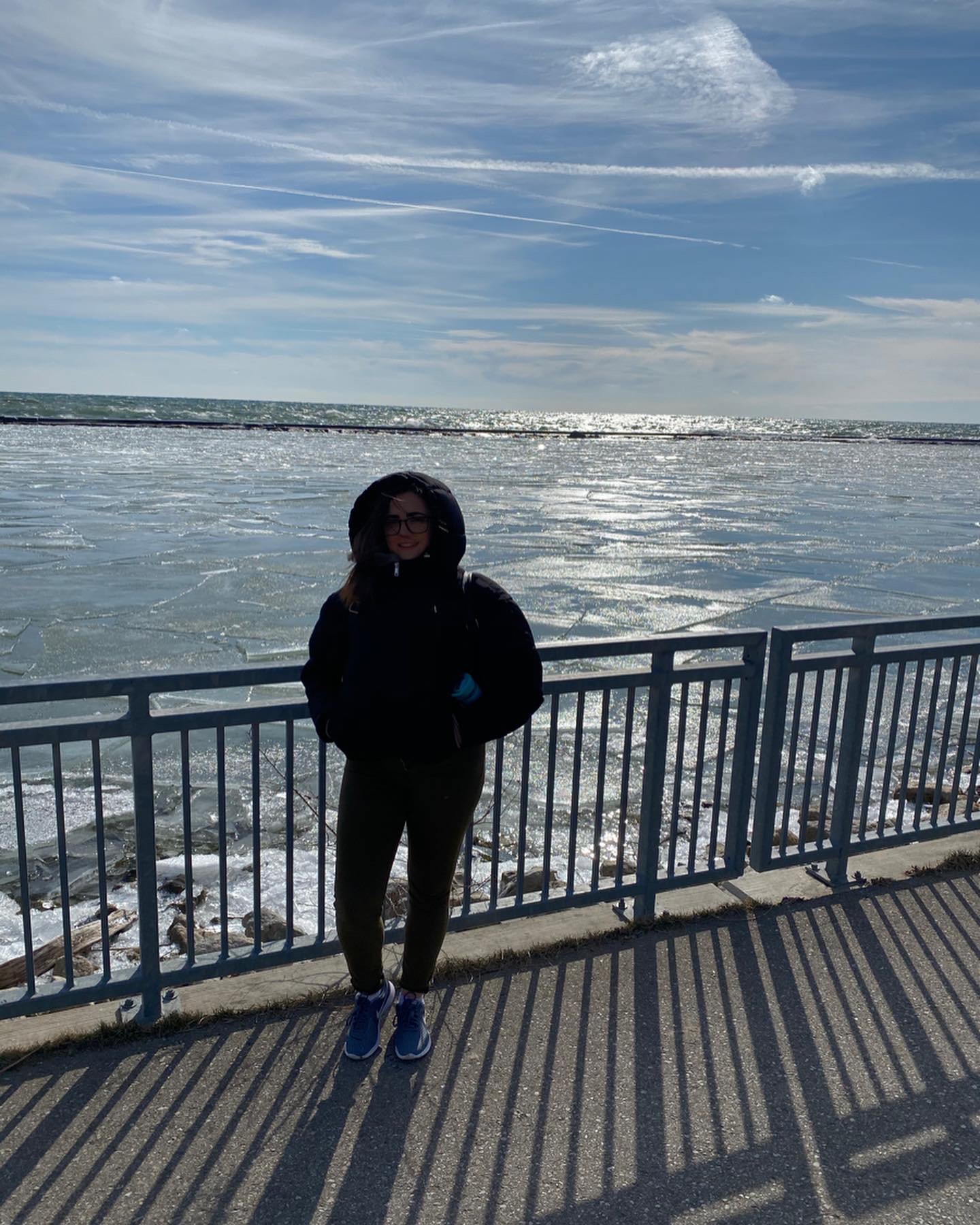 I learnt that, as scary as it was to move country on my own, it was so worth it!

In the first two months of being here, I met so many great people through various Facebook groups and went out for dinner and drinks with them which isn’t something you get to do at home in Ireland without there being some weird stigma about it!

I’ve also learned that Ireland is only one tiny part of this world and if people are thinking about moving away for a year or two it’s definitely worth it!

Home will always be home but it’s nice to see other parts of the world and also see how other people live their lives.

I can’t say anything that strange has happened to me although learning to drive on the other side of the road was a strange one and learning the different rules of the road here too like that you can turn right on a red light and they also don’t have roundabouts here either.

Also a major one is getting used to their food, people have a saying here – “What you see on the menu is not always what you get” and that is 100% the truth!

In Canada, Irish stick with Irish, it’s so strange to meet so many Irish here, for such a small country we seem to be scattered everywhere!

There’s a Facebook page called ‘Irish and new in Toronto’ and it’s got over 20,000 people in it, mostly Irish, who just post in things if they need advice, are selling anything, are new to the city and want to meet people and go for drinks or even advertising jobs.

There really is a sense of community with them. There’s a few from Laois over here too! 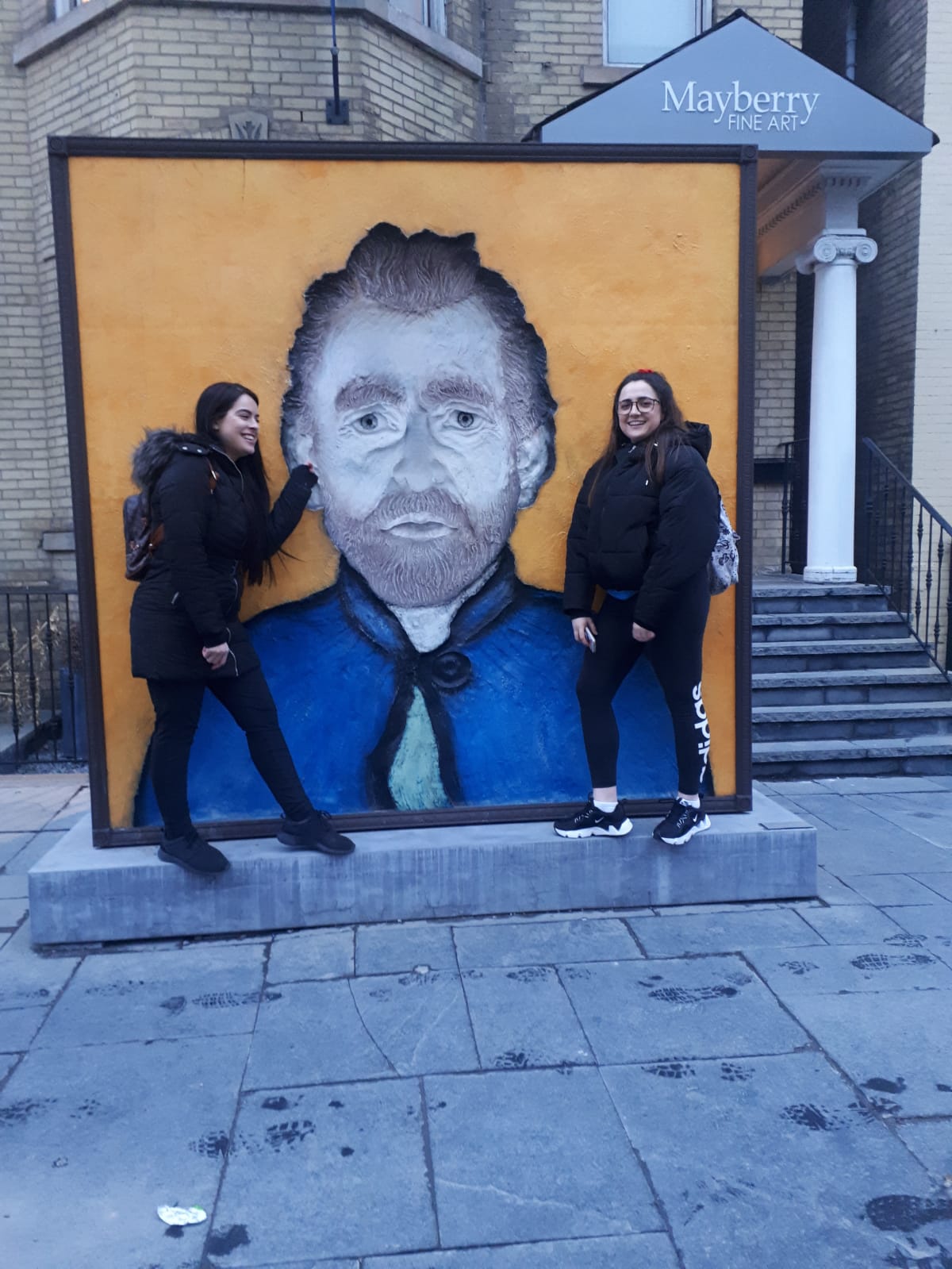 The thing I miss most about Ireland is definitely Family & Friends! I’ve met a great group of people since being here but it’s always nice to know that you have those people at home too.

As of now, I’m not entirely sure what my plan is.

I don’t know if I’m going to apply for my permanent residency in Canada because I really want to go to Australia for a year after and then backpack Asia before returning home but things could change in the coming months and I could end up not wanting to leave Canada at all so I’m just taking everyday as it comes! 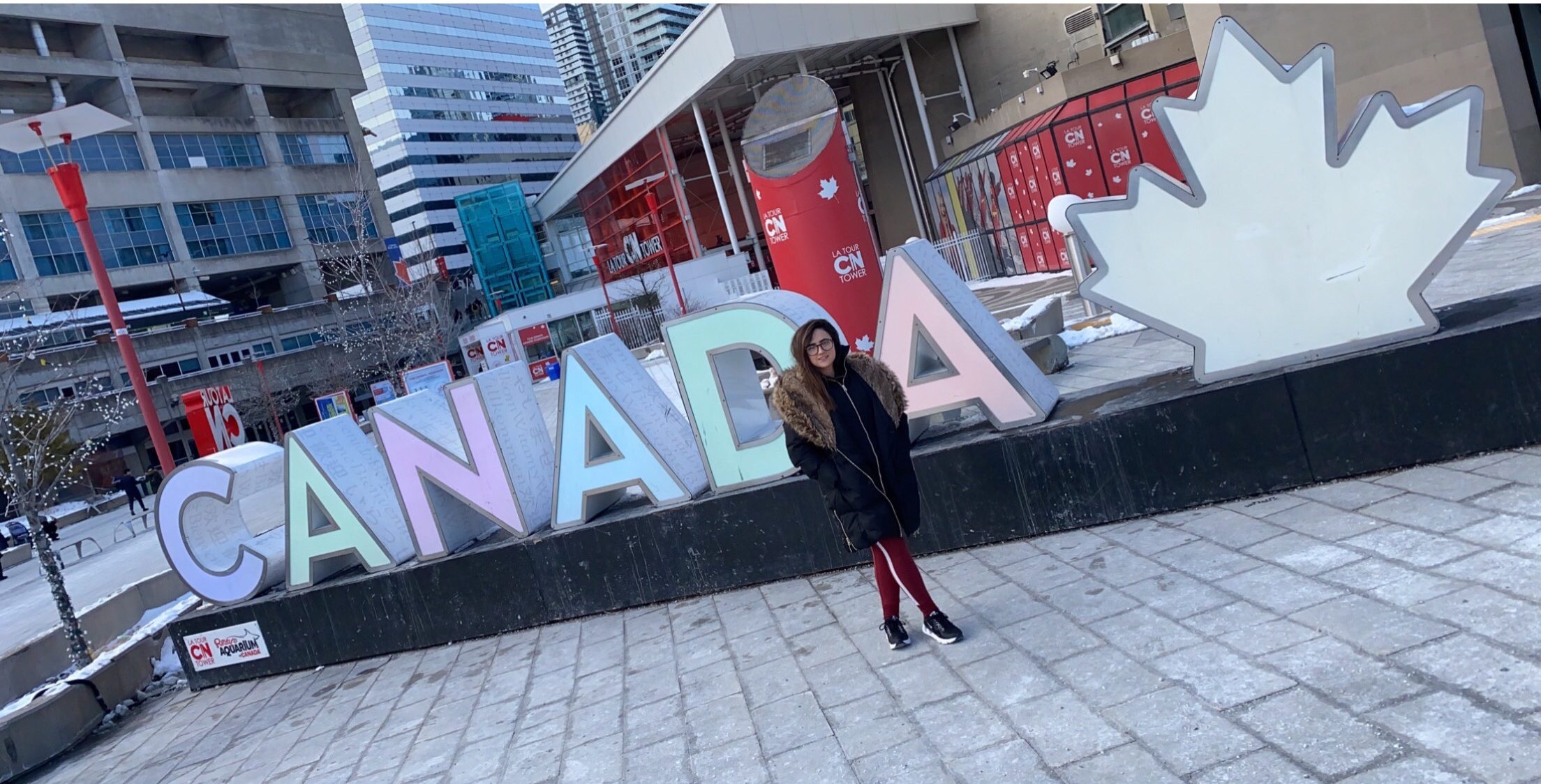 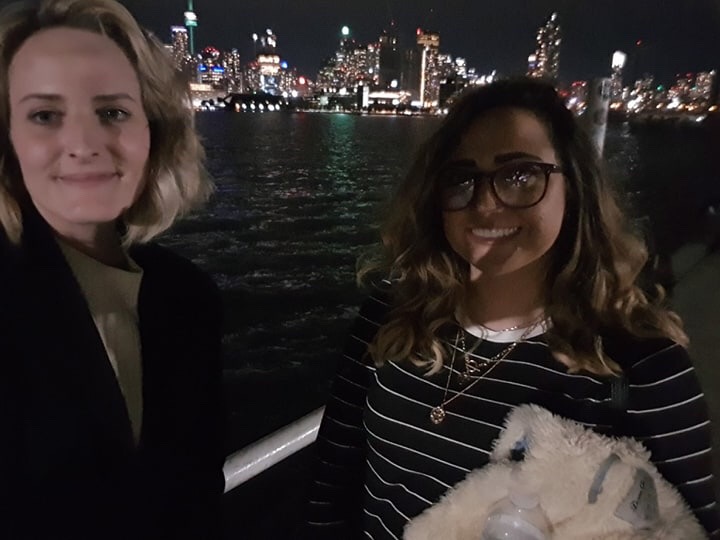