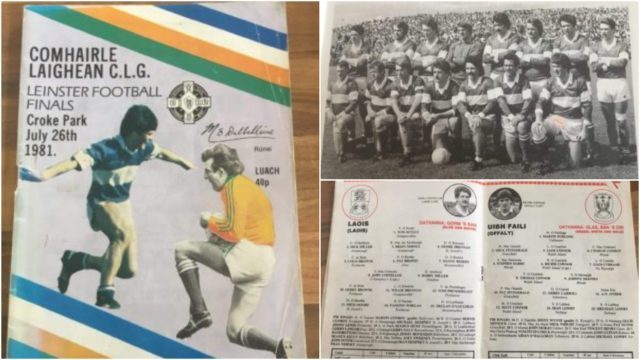 This piece originally featured on LaoisToday on June 17, 2018, ahead of that year’s Leinster football final

Laois ended a 13-year wait for a Leinster final appearance in 1981 when a fine side under the management of Tom Darcy saw off Louth, Kildare and then Dublin to set up a provincial decider against Offaly.

The win over Dublin in the semi-final in Tullamore remains one of the county’s best days – a Dublin side with many of the players that had won All Irelands in 1977 and ’78 during a fantastic era for the Dubs that saw them feature in six All Ireland finals in a row.

Standing in Laois’s way however were Offaly, the reigning champions at the time and the new top dogs in the province.

The Leinster Express reported on its front page on the Wednesday before the game “that the prospects of a Laois success has whipped up tremendous support in the county and there has been a big demand for tickets”.

That excitement was palpable in a brilliant three-page preview inside the paper as the county looked to end a 35-year wait since its last big day.

But Offaly duly reclaimed the title on a scoreline of 1-18 to 3-9. Captained by John Costello from O’Dempsey’s, Laois got off to a dream start and were 2-2 to 0-3 ahead after 20 minutes, their goals coming from Graiguecullen’s Willie Brennan and a Tom Prendergast penalty.

Offaly battled back well though and a goal from Brendan Lowry – father of professional golfer Shane – had the sides back on level terms by the break, Offaly 1-8 Laois 2-5.

Offaly pushed ahead in the second half but a Michael Moore goal – after being set up by Gerry Browne – got Laois back within two points late on. But it wasn’t enough as Eugene McGee’s Offaly side held on.

The following week, the Leinster Express again seem to capture the mood of the county.

“For them it is the end of the road to yet another fruitless campaign which extends even further the ever-widening gap since the last success in Leinster in 1946,” wrote their reporter.

“But as the downhearted wearers of the Blue and White strip made their journey to the lonesome dressingroom of the losers they could content themselves in the knowledge that they had contributed substantially … and showed all and sundry that they are a footballing power to be reckoned with and one that must benefit from this Leinster final experience.”

The report also noted how Offaly paid very close attention to Laois’s dangerman Tom Prendergast – who finished the campaign as the top scorer in Leinster with 6-5. Prendergast’s Portlaoise clubmate Gerry Browne was highly praised in the paper.

With Liam Currams detailed to mark Prendergast both Stephen Derby and Pat Fitzgerald attempted to keep tabs on Browne who “continued to sparkle at all times” in what they wrote was “undoutedly Gerry’s finest game”. 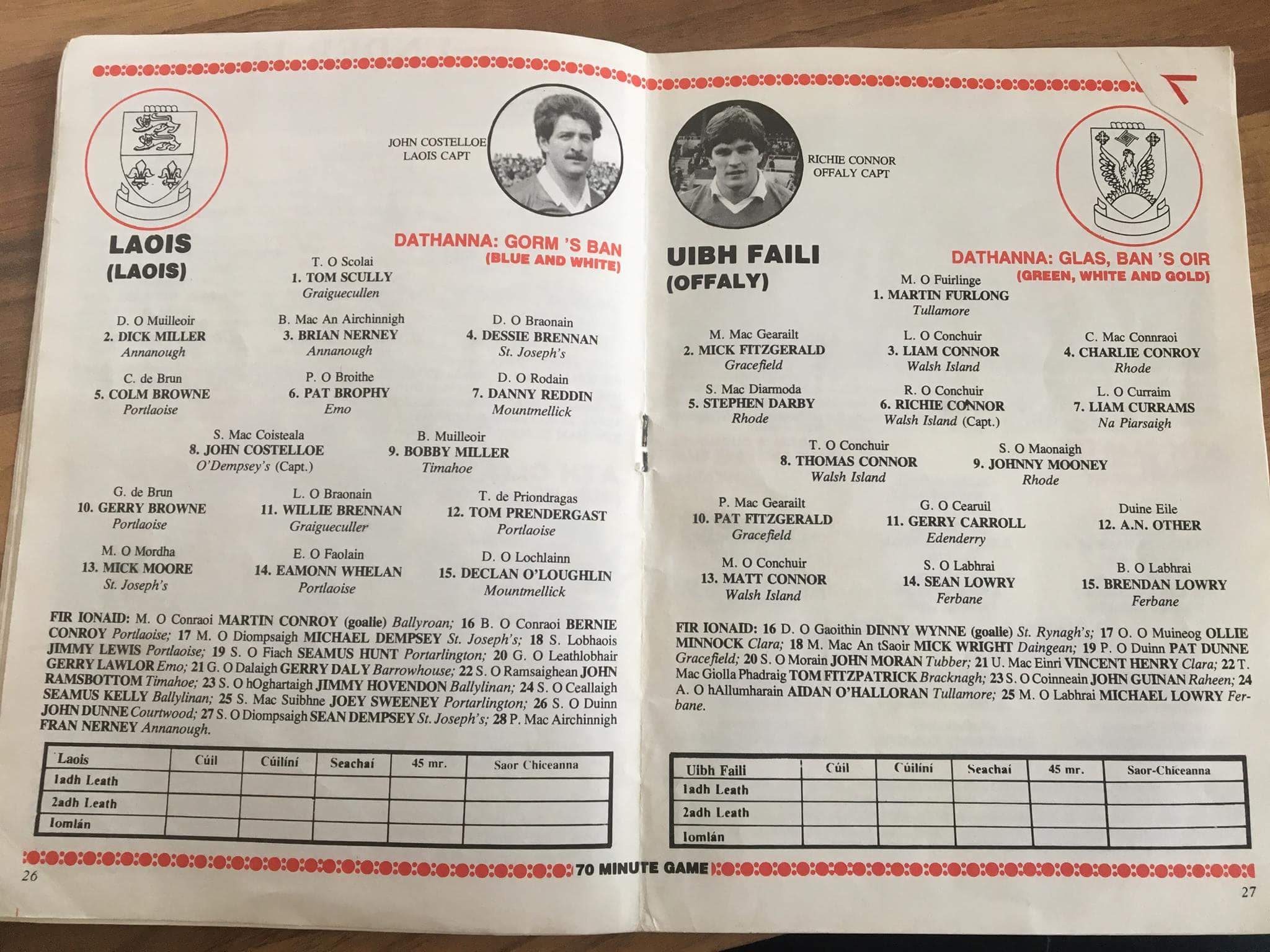 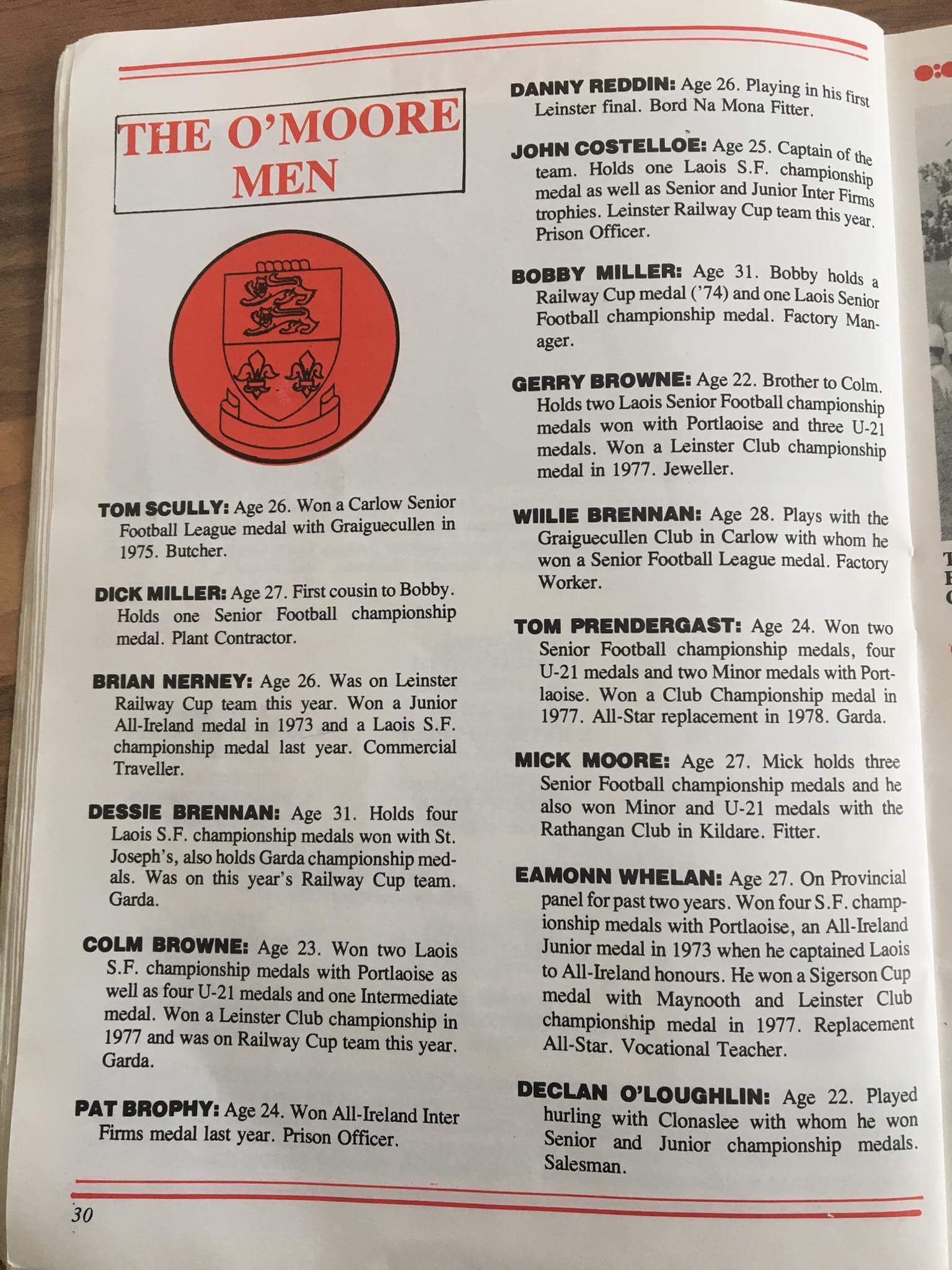 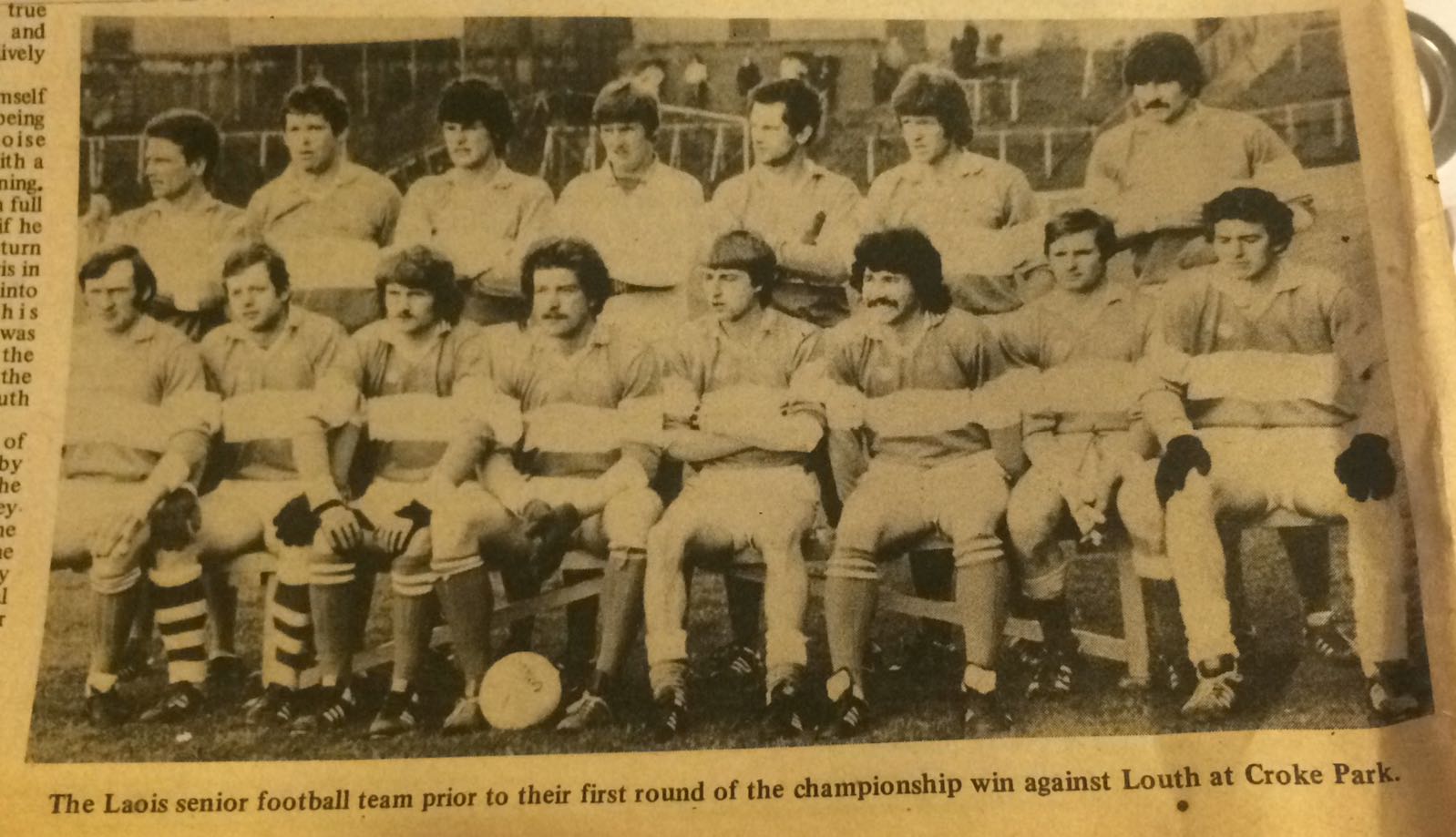 Goalkeeper Tom Scully from Graiguecullen also came in for high praise as “a goalie of the top variety” and who “enhanced his reputation by the proverbial ton”. Dessie Brennan from St Joseph’s was also credited with doing a good marking job on Offaly’s star forward Matt Connor.

“I am proud of the team,” said Tom Darcy after the game. “They played exceptionally well in all four games and Laois can be poud of that performance.

Offaly would go on to beat Down in the All Ireland semi-final but were beaten by Kerry in the final. Twelve months later, however, they would deny Kerry the five-in-a-row.