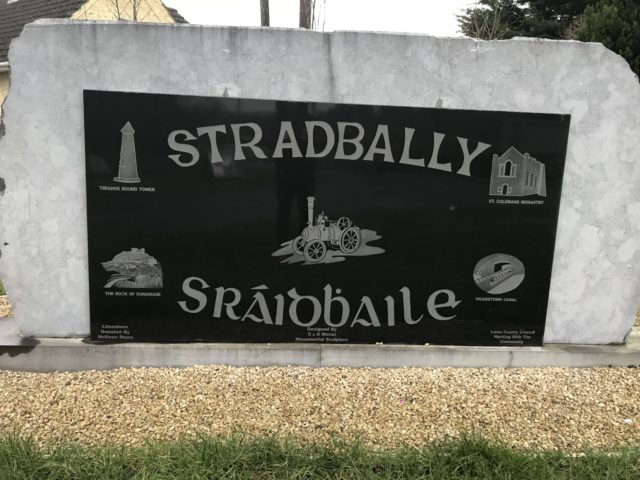 Two Laois County Councillors have welcomed the fact that six new social houses now have families living in them in Stradbally.

These are located in an area of Stradbally known as The Orchard – which is located at the back of SuperValu in the town.

These houses were part of a housing development that was granted planning permission in 2005 but due to the recession, these 6 houses on the development were not complete – until now.

Cllr Tom Mulhall and Cllr Pachal McEvoy both welcomed the creation of the new homes.

Cllr Paschal McEvoy said: “I’d like to thank Laois County Council housing section for getting these houses out to the new tenants before we went into lockdown.

“Also, I visited these houses on Friday and I’d like to compliment the contractor Mr Liam Campion for the excellent work and professional finish to all the houses.

“Finally I’d like to wish all the new tenants the very best of luck and many years of happiness and health.”

Cllr Tom Mulhall said: “This is very good news that six young families will receive the keys and sign their tenancy agreement this week.

“These are people that would have on the Laois County Council housing list for some time.

“I will be encouraging Laois County Council housing section to purchase more vacant and incomplete homes in the Stradbally area because there are still some from Stradbally in need of local authority housing.

“I will also be calling on the new Government, whenever it is formed, to bring in legislation to increase the income threshold for applicants to become eligible to be approved on the housing list.

“At present in Laois the income limit per applicant is €28,000 so if your income is over that limit and under €45,000, you are not able to get on the housing list and you would not be eligible for a rebuilding Ireland home loan.

“These income earners are caught between a rock and a hard place until something changes.”

SEE ALSO – Explained: The essential groups of workers, retail outlets and the reasons you will be allowed to leave your home