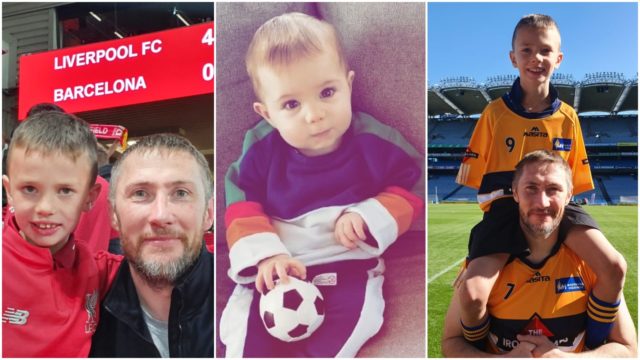 A former Laois footballer and his eldest son have launched their own fundraiser in aid of little Dan Donoher.

Billy Sheehan, who soldiered in the blue and white of Laois alongside Dan’s father Niall from 2009 to 2015, will bleach his hair blonde on Easter Sunday alongside his son Timmy.

The pair have set up their own GoFundMe page and 7-year-old Timmy explained why they are doing it.

He said: “Dan is a one-year-old little boy who needs to have an operation in America.

“So me and my dad are going to dye our hair blonde on Easter Sunday for Dan.

“We need to raise €2 million and we need everyone to help us.”

Prior to the outbreak of the Coronavirus, Timmy and Billy were travelling around Ireland in an attempt to solo a football outside as many club grounds as they could to try raise money for Dan.

So now, the pair will dye their hair instead and are hoping to raise as much money as possible.

The reaction to the fundraiser has been huge with €548,000 raised so far from more than 16,000 different people.