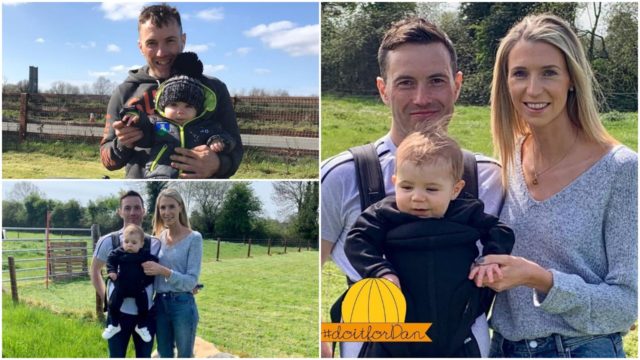 Niall, Aisling and baby Dan Donoher have paid tribute to the people of Laois, Ireland and all over the world – as their Do It For Dan fundraiser went above €1.5 million.

They huge GoFundMe, which was only set up at the start of March, is now over three quarters of the way towards its total.

To celebrate reaching the milestone, Aisling, Niall and baby Dan took to their Facebook page to thank everyone.

Aisling said: “We just want to say thank you so much, to each and everyone of you, for all of your support throughout Dan’s campaign.

“We are so overwhelmed by the generosity that we have received from every side of the county, across the country and across the world. We are so appreciative and so greatful.

“We just want to extend a massive thank you to each and everyone of you who are making our dreams come through.”

While dad Niall enouraged everyone to keep their fundraising efforts going to reach their goal.

He said: “Hopefully, things keep on going the way they are.

“Stay challenging everyone, stay having the craic and keep doing the good stuff online. It gives us all a laugh.”

A breakthrough treatment is available in the USA and to meet the cost, a target of €2.1million has been set.

The reaction to the fundraiser has been huge with more than €1.3 million raised so far from more thousands of different people.