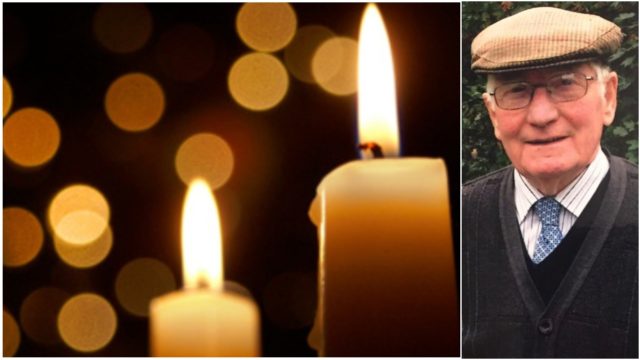 There was sadness in the Courtwood, Rath and Fisherstown areas last week with the death of Billy Flynn.

Billy was the eldest of 11 of the well-known Flynn family from Fisherstown and lived for many years next to the Grand Canal just up from Courtwood Bridge.

A farmer, Billy was also very talented in the area of carpentry, something which was highighted at his funeral mass in Rath last week.

“In the good old days of the horse and trap, if you wanted a wheel repaired, Billy Flynn was your man,” said Fr Pat Hughes.

Fr Hughes also paid tribute to the work that Billy did in Rath Church and the role he played in the development of the church grotto.

“We as a community in Rath owe Billy a debt of gratitude,” he said. He also highlighted the love he had for his home area and the local townslands and how he “loved delving into local history”.

Due to the Coronavirus, his funeral was private with neighbours lining the local road to the church to pay their respects.

Billy is survived by his wife Mary, sons Liam, Cathal, Martin and Robert and their families.

SEE ALSO – In Pictures: Hundreds get out and about to play their part in Do it for Dan fundraisers