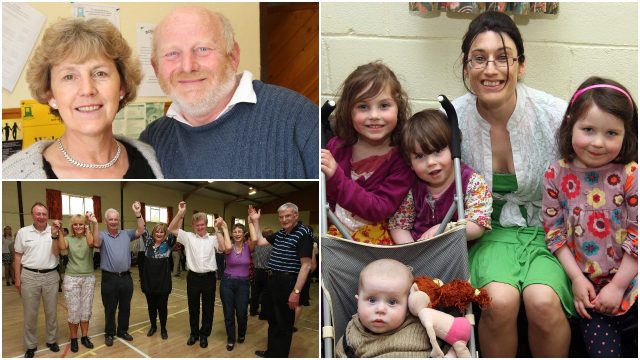 There was plenty of dancing and craic to be had over the May Bank Holiday Weekend in 2010 in Castletown when ceili fans gathered for the Half-Door Club International Music and Dance Festival.

The four-day event of set dancing and traditional music in Castletown featured five ceilithe and three workshops and sessions throughout the weekend.

The festival drew dancers from home and abroad and proved a big hit.

On Friday the dancers were entertained by the Brian Ború Ceili Band at the Community Hall.

Saturday morning featured a dance workshop with Pat Murphy, while there were evening sessions in the local pubs and a main event with the Johnny Reidy Ceili Band.

Pat Murphy gave another on Sunday morning while the Merriman Ceili Band kept people going in the afternoon.

The Abbey Ceili Band were the main act on Sunday evening and Bank Holiday Monday featured a farewell ceili with Swallow’s Tail.

Alf Harvey was at the brilliant event and he captured some great pictures.