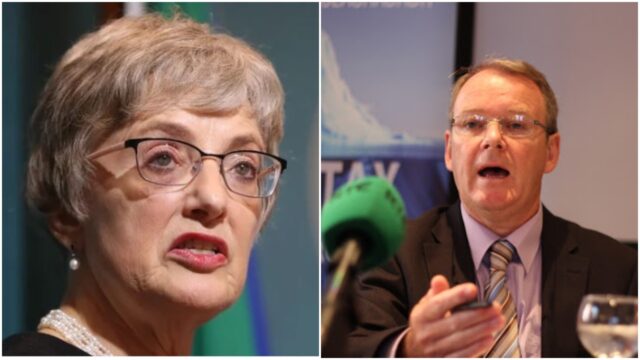 Sinn Féin TD Brian Stanley has said that the cancellation of the government’s childcare scheme for frontline health workers is ‘inexcusable’.

The scheme was launched last Thursday with a call to childcare services to volunteer to provide childcare at home for frontline employees.

The Minister for Children and Youth Affairs, Katherine Zappone, told how the scheme had been scrapped as only six childcare providers had signed up to be part of the service.

Deputy Stanley said that the government’s refusal to indemnify childcare workers for Covid-19 related claims is a significant contributing factor in the cancellation of the scheme.

Following the announcement Deputy Stanley said: “Last week, Sinn Féin raised significant issues relating to the failure of the government to provide an indemnity to workers providing childcare to frontline healthcare staff during the Covid-19 pandemic.

“Some health workers in Laois/Offaly are in a very difficult situation as they are trying to work shifts and variable hours providing frontline services. These workers are also trying to care for their children who are out of créches or school.

“This came after the main underwriter in the sector, Allianz, told childcare providers that they would not provide cover for Covid-19 related claims.

“The broker Arachas Insurance engaged with the government on this issue, calling on them to indemnify providers and workers offering childcare to frontline staff – but the government refused to do so.

“The failure to address this issue fatally undermined the scheme, and it has now been cancelled. This is inexcusable.

“The Department of Children and Youth Affairs had been planning this emergency childcare service for some time and has known about this issue.

“It is incredible that this could not be resolved and that the Minister has now cancelled this scheme.

“It beggars belief that we are into the third month of this pandemic, and the government still has not found a solution to this issue – despite repeated announcements that they would. Both childcare workers and frontline health workers have been left in limbo once again.”