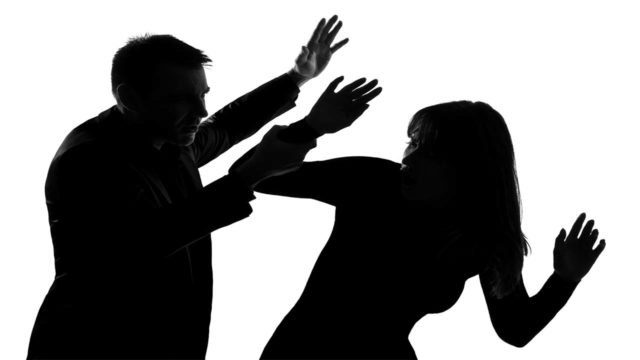 It is common knowledge that domestic violence has always been a problem in society.

Anyone can be a victim of domestic violence regardless of class, gender, sexual orientation, age, education, ethnicity or religion.

A report by Euro News states that the World Health Organisation is worried because of a huge increase in incidents of domestic violence during Covid-19 lockdown.

According to the government and the Gardai incidents of domestic violence  in Ireland have increased dramatically since coronavirus lockdown.

What is not so easy to recognise is emotional and psychological violence because there are no physical scars to show.

And some people may be very distressed but because they are not getting beatings they don’t realise that they are victims of domestic violence.

Psychological and emotional abuse is very serious and will over time cause severe damage to mental and physical health. It is well documented that constant stress will damage every bit of you.

Psychological and emotional abuse attacks one’s sense of self, one’s self esteem.

According to the experts psychological and emotional abuse may involve name calling, using demeaning language against a person, nit picking and constant criticism.

The victim will often be irrationally blamed for something that he or she had nothing to do with. It may involve threatening to take the children, and never letting the victim see them again.

Abusive partners may threaten violence and may carry out some of the threats too. He or she may be very demanding.

An abusive partner may stop the victim accessing needed services. The victim may be stopped from getting a job. If the victim is not earning money the abuser has more power and control.

Never forget that men can be victims of domestic violence too. I have heard about some men suffering physical abuse but I would think that when women abuse men it would be more emotional and psychological abuse rather than physical abuse.

Men often suffer in silence because they are afraid to get help. They feel shame and want to keep it secret. But never ever underestimate the harm caused by emotional and psychological abuse to both men and women.

There may not be scars to show but the harm to physical and mental health can be very severe and very hard to treat. Most of the perpetrators can occasionally show their dark side outside of the family home but mostly they will be very charming to others.

And this charm will often mean that the target will not be believed and this is a double hurt for the victim.

We must not forget the gay community. The Irish soap Fair City recently did a brilliant job in showing what can happen in a gay relationship.

The character will physically, emotionally and psychologically assaulted his partner the character Cristiano and he lied and he manipulated in every way possible.

The character Cristiano was a very gentle and honest person and this made him very vulnerable to be taken in by someone like Will. The character Will was a vile, nasty individual with what appears to be severe personality problems.

Will would have shown nastiness early in the relationship but gentle Cristiano made excuses for Will’s behaviour until he was nearly killed by Will. I recently read about real life domestic violence in gay relationships and it made for horrific reading.

It is usually kind, caring and responsible people who become victims of all kinds of domestic violence.

The perpetrator is often very dependent on his or her victim. And if the victim dies or leaves the perpetrator may fall to pieces.

No household should have to experience domestic violence or abuse of any kind. It is very dangerous for both the victim and for children living in such a household.

It is also dangerous for the perpetrator because when they are old and sick and if they develop any kind of a conscience at all they will have to suffer the pain of guilt.

So domestic violence is damaging for everyone and damaging to society too because someone living in fear cannot live their best productive life.

And the health service will have to deal with the health problems caused by the abuse. And some children from abusive homes may never reach their full potential and may end up abusing drugs and getting involved in criminal activity.

They say that domestic violence is all about power and control and yes it is. But it is also about personality problems and anger issues.

The majority of perpetrators will never admit that they have a problem and they will not get help. Every help should be given to the victims and their children to protect them and keep them safe.

But the best thing of all is prevention. Be careful who you choose to be your friend or partner. Some people will appear to be lovely and caring and very charming but eventually the red flags will appear and take heed of them.

Remember the words of the late great Maya Angelou. She said “when someone shows you who they are, believe them the first time”.

Learn to recognise red flags and pay attention to your gut feeling. When something feels not right, it is not right. There are many books and websites dealing with the subject.

And also watch out for issues around alcohol and substance abuse. The old saying prevention is better than cure is very true.

People should get help quickly because the longer it goes on the worse it will be and the more dangerous it will become and it may even end in death.

There is more recognition now of domestic violence and more understanding of the dangers caused. People should never hesitate to discreetly look for help.

The right help accessed quickly is very important. And it is important to confide in your doctor and get checked out.

For help check out:

SEE ALSO – Mary Theresa Lowndes: The Fair Deal scheme is anything but fair