The GAA, Camogie Association and LGFA have published their roadmap for a return to club and county action in Laois and across the country.

The roadmap has been published after Taoiseach Leo Varadkar announced an acceleration of the country’s reopening plan this afternoon.

Instead of five phases, Ireland will now have four and we will enter Phase 2 on Monday with Phase 3 on June 29 and Phase 4 on July 20.

As regards the GAA, the government cleared the way for groups of 15 to resume training on June 29 – with all GAA pitches permitted to reopen on that date too.

However, access to GAA indoor facilities including meeting rooms is not permitted until August 10.

Full club training can resume from July 20 and club games will be played in hurling, camogie and football from July 31 to October 10.

If there is no second wave of Coronavirus, Inter-County games will commence on October 17 – while inter-county training is not allowed until September.

There will be limits on spectator numbers in line with government guidelines.

As for juveniles, club competitions are to take place from July 31 to October 11.

While county championships like minor hurling and football will not begin any earlier than October 17.

The GAA say: “The plan is the work of a specially appointed Advisory Committee, which included representatives of all three bodies, the GPA and a number of medical experts.

“It offers a route back to activity, subject to the government timelines being achieved in the weeks and months ahead.

“It is broken down into sections covering Medical Advice; Preparing for a Safe Return; Information for Players and Team Personnel; Summary and Checklist; Roadmap for Return to Activity.”

Check out the main part of the plan below: 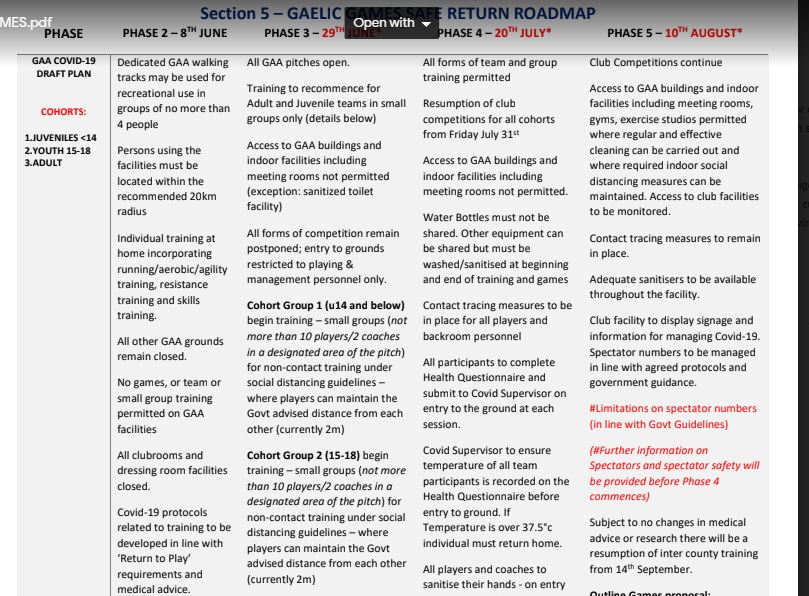 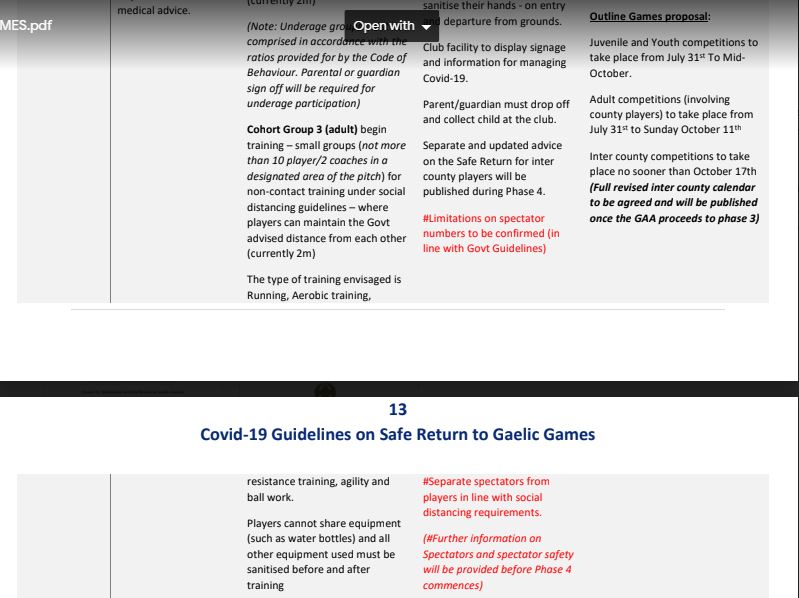 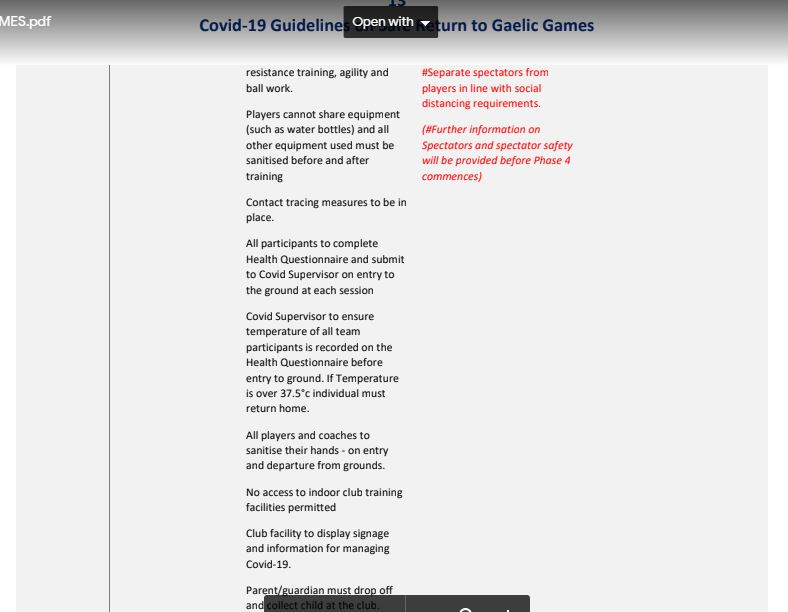