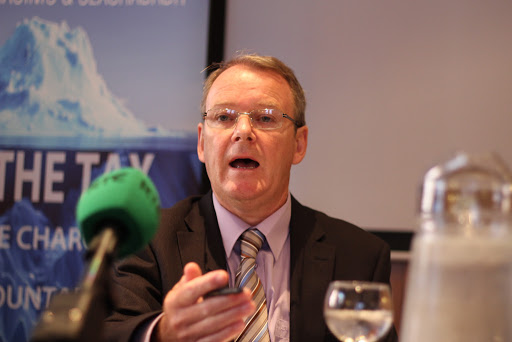 Sinn Fein TD Brian Stanley has called for Laois not to be left out of the Just Transition Fund.

As part of the European Green Deal, on January 14 this year, the European Commission adopted a proposal for a regulation to create the Just Transition Fund, aimed at supporting EU regions most affected by the transition to a low carbon economy.

Deputy Brian Stanley said: “The transition in the Midlands from brown to green energy was supposed to take place over ten years, but due to the failure to deal with it by successive Governments, workers and communities in the Midlands now have just ten months.

“For years Sinn Féin has called for the Midlands to become the heart of renewable energy production.

“I welcome the plans put forward by Kieran Mulvey. The Midlands urgently needs an ambitious plan to be put in place and a major stimulus package to reboot the economy.

“I welcome the Commissioner’s report but the scale of the transition facing the Midlands deserves a commission on a firmer footing, not a part-time commissioner. There is no new money with the report launched recently.

“There is only the money that was announced last autumn, and the €5 million from the ESB. That is all welcome but it is not enough. We need to access finance from the European Investment Bank’s, the just transition fund and the low carbon innovation fund.

“We need to take advantage of the strategic location of the three Midlands power plants in Lough Ree, West Offaly and Edenderry, and use them as energy hubs. Bord na Móna should continue to operate the Edenderry plant and convert from 42% biomass to 100% biomass.

“The Shannonbridge and Lough Ree plants must be retained in ESB ownership and move to biomass or biogas and, crucially, be used as energy connection points for solar, wind and other sources of energy.

“They are strategically located on the national grid and those sites need to be retained in Bord na Móna and ESB ownership.

“The Coolnamona site at Portlaoise offers an excellent opportunity. I have spoken to Bord na Móna management and Minister Bruton, about the development of new industry there on a number of occasions, because of the size of that site and its location, which is at the crossroads of Ireland.

“The M7, M8 and N80 are all within half a mile and is also adjacent to a main rail line.

“The ESB and Bord na Móna are good, State-owned companies that have put huge money into the economy through income tax, dividends to the State each year and through numerous other sources.

“The companies have a proven track record of contributing to the local and national economy and they must be supported to be central to this just transition.’’