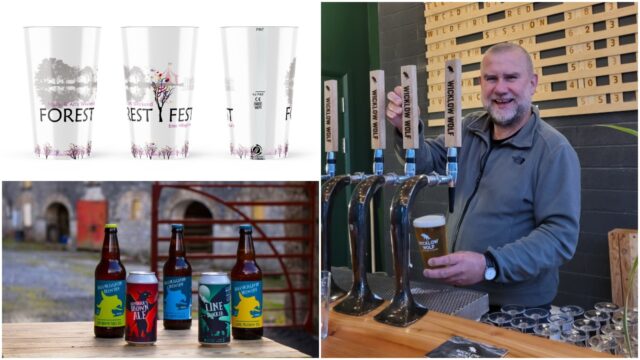 Forest Fest is on track to be the big hit and soundtrack of the summer when it comes to Emo village from July 22 to 24.

However, the organisers have plenty more in store than just the best line-up of festival music this year.

“We want everyone to have a ball, chill out, have fun in Emo Village and we want them to leave behind nothing only good memories,” says promoter Philip Meagher.

“We want to help festival fans to enjoy themselves and their surroundings and that also means respecting the village, the community and our neighbours and we’re going to do,” our utmost to ensure that happens,” he continues.

“Emo is an idyllic village, the festival grounds are central to our community and our next-door neighbours are the splendid stately gardens of Emo Court, which we want everyone to explore and enjoy over the weekend,” outlines the promoter who is also the proprietor of the village pub, The Gate House, and the prestigious Batoni’s Restaurant. 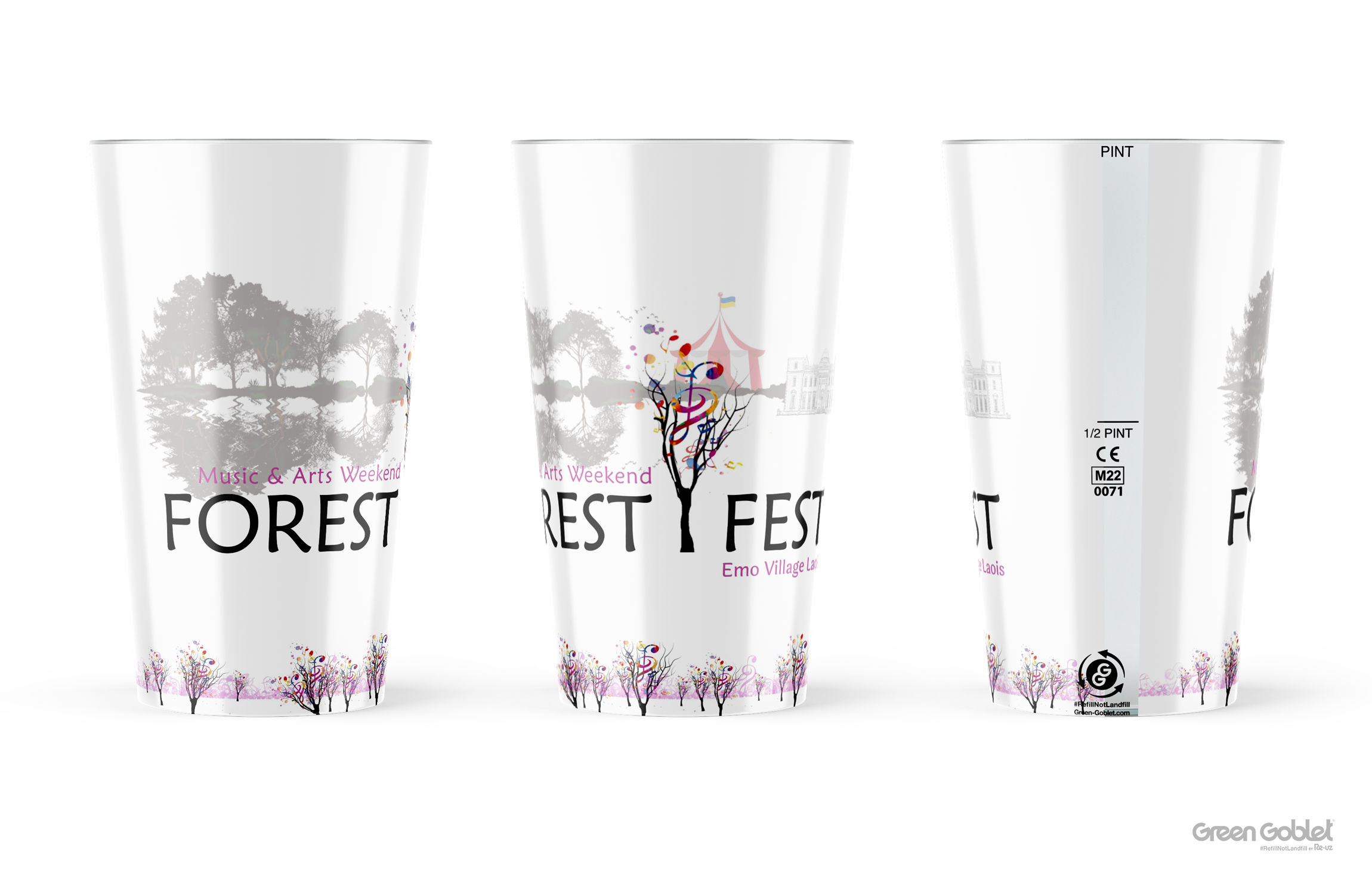 “We have gone to great rounds to secure branded reusable drinking cups for the festival.

“This is something which was first cultivated by the late John Reynolds when he founded the original Electric Picnic, to such deserved acclaim.

“We want to restore that ethos here at Forest Fest and encourage fans and assist fans to leave no litter, leave no trace and respect the environment and the village environs.”

The branded Forest Fest drinking cups are a funky design, a cool souvenir of the event. All proceeds from the reusable cups will be donated directly to local charities.

“Refill, not landfill, reuse don’t dispose,” is the motto we’re adopting for Forest Fest and the feedback we’re getting is that’s precisely what fans and families prefer, rather than plastic being discarded and dirtying the locality and the beautiful countryside and forest setting,” says Philip.

The Forest Fest arena will have a full bar service, along with a wine and prosecco service with strawberries and cream, provided by the Gate House and Batonis Restaurant.

Festival bars and hospitality will run until midnight each day of the event.

Festival Club ticket holders will be able to enjoy further live music and a late bar service from midnight onwards.

Forest Fest has also partnered with two of the countries leading craft beer companies as part of a commitment to enhance festival goer’s experience at the concerts.

The craft beer zone in the festival campus, in addition to the full bar service provided by the Gate House, at Forest Fest will feature Wicklow Wolf, and Ballykilcavan Brewery.

Both craft breweries have a strong connection with the area. Ballykilcavan founded by David-Walsh-Kemmis on the 800-year-old family farm near Stradbally, is especially well known in the locality.

What may not be as much mainstream knowledge is that Wicklow Wolf is in fact the brainchild of its founder, Quincey Fennelly, who is originally from Mountmellick.

His roots in the industry go way back to the formative years of Ballygowan when they were sponsors to the Irish soccer team at the height of the Charlton era.

Quincey since went on to establish his own successful brand based at their brewery and tap room HQ in Newtownmountkennedy, with none other than Bono and Hozier numbering among their high-profile investors.

Sure, you wouldn’t know where you’d be talkin’, as we say in these parts.

“Wicklow Wolf are delighted to be bringing our beer to Emo this summer for Forest Fest.

“It feels somewhat of a homecoming for me as I would consider myself a local having grown up in Mountmellick.

“Good music and good great beer are a great combination. Sustainability is at the heart of everything we do at Wicklow Wolf.

“It’s great to work with the Forest Fest team to ensure that the whole event is a huge success with minimum impact on the environment. Can’t wait,” says Wicklow Wolf MD, Quincey Fennelly.

Forest Fest will also have a full Food Court service on site right throughout the festival weekend.

This will keep fans well foddered with good quality, good value and a good selection of artisan and street food stalls, a diverse choice including vegetarian and vegan options as well as all the other festival favourites.

Details of the food court, what’s on offer, as well as a complete festival site map, and stage times will be published and freely available in advance of the festival weekend. 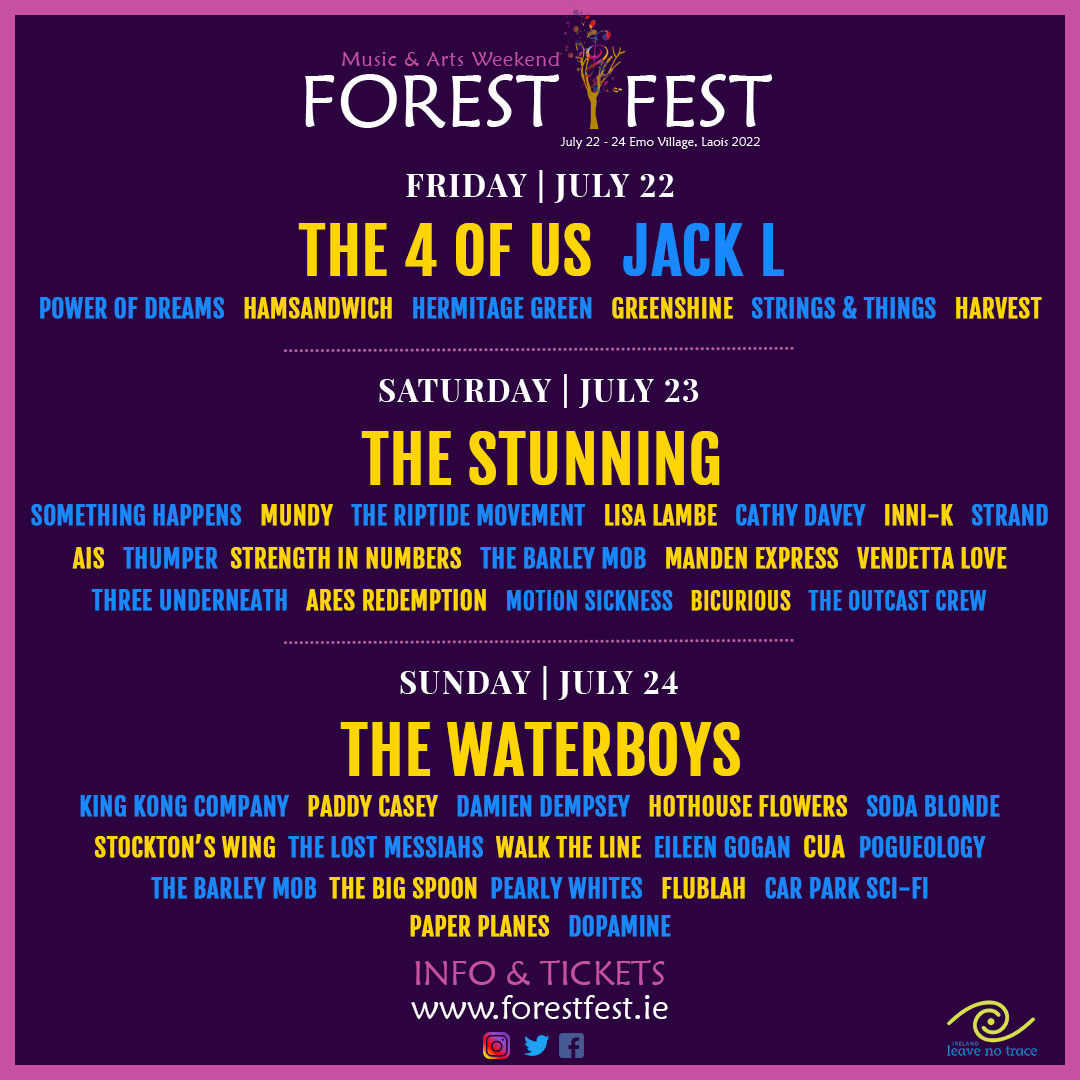 Taking to the stage on the Saturday, July 23rd are The Stunning marking their 30th anniversary tour.