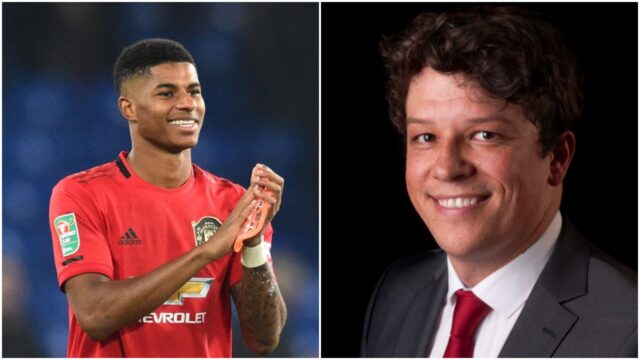 Eoin Barry, Labour Area Representative for Graiguecullen-Portarlington has lent his support to the extension of school meal throughout the summer until school return in the Autumn.

It follows the successful campaign in the UK that was championed by footballer Marcus Rashford and repeated calls by Labour Education spokesperson Aodhán Ó Ríordáin for the extension of the project this summer.

Deputy Ó Ríordáin said: “Last week I issued a call for the Department of Education to reverse its decision not to provide school meals this summer, in response to a Dáil question I had tabled.

“The UK government have today announced that their school meals programme will continue throughout the summer after a high profile campaign supported by Manchester United’s Marcus Rashford.

“Unfortunately the Irish government have replied to me stating they have no plans to continue this essential service for at-risk children throughout the summer. Because of that I have launched a petition calling for a similar initiative here.”

Mr Barry, who ran for Labour in the 2019 Local Elections, also backed the call.

He said: “Food poverty is a very real, but often hidden aspect of Irish life. Many European countries continue school meals throughout the summer because they recognise that many vulnerable children need it. The pandemic has placed a huge strain on families, in particular low income families.

“A study from Safefood last year showed that 10% of Irish people live in food poverty. Meaning they are unable to access a nutritious or adequate diet. A further report from Social Justice Ireland stated that 200,000 children live in poverty in Ireland and this is set to rise with the economic impact of Covid-19.

“It will take many years of sustained political action to address the economic impact of Covid 19 and to get people back to work.

“However in the short term, the Irish Government can make this one change and help some of the most vulnerable children in our society”.