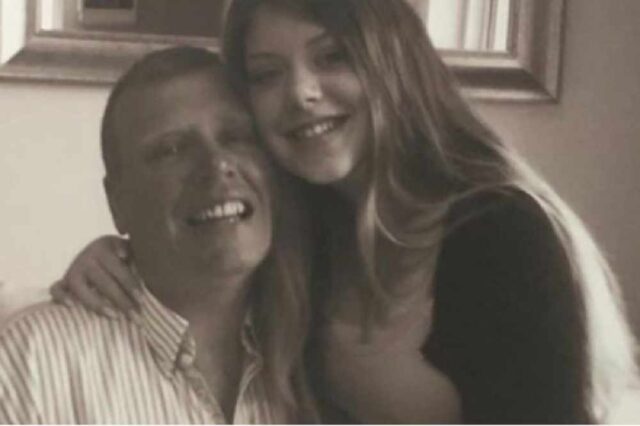 A Laois community has come together to raise funds for a family who has been hit with a double loss in recent years.

The Carroll family from Ballyroan have saw both dad Fabrian and daughter Clodagh pass away from cancer in the recent years.

Margaret and Fabian Carroll, their son Aaron and daughter Davina, lost 17-year-old Clodagh to cancer in 2016 – five months after receiving her diagnosis.

In June 2019 Fabian himself was diagnosed with esophageal cancer.

At the end of March 2020 Fabians health started to deteriorate and at the end of April he was re-admitted to hospital. Following tests Fabian was told that the cancer had returned in an aggressive form and he now had incurable Stage 4 Cancer.

Fabian passed away on June 4 and, for the second time in three and a half years, the Carroll’s lives were turned upside down.

Fabian’s close friends and work colleagues have set up a fundraiser in hopes to give support to Fabian’s family during this tough time in their lives.

The money raised in this fundraiser is intended to aid financial burdens in Fabian’s families lives in this time of hardship.

One of the organisers, Nicola O’Donoghue, explained: “According to his welding colleagues Fabian was a top hand welder. The two loves in Fabian’s life was his wife, family and his work.

“Fabian worked in Ireland and abroad and was gifted in his field of expertise. He was a gentleman, had a big heart and would go out of his way to help people.

“In April 2016 Fabian’s youngest daughter Clodagh was diagnosed with Rhabdomyosarcoma cancer and she had to undergo lots of treatment for her illness. Clodagh was a ray of sunshine and had so much courage for a young girl.

“This was devastating news for Fabian and Margaret and family. Fabian continued to work and had to get up early each morning and return home each evening after long hours on the road to be home at night to support his family.

“Clodagh sadly passed away five months later at the young age of 17. Fabian, Margaret and family continued on as best they could on this very difficult journey.

“Despite his grief and heartbreak Fabian continued working in his welding career which he loved. In June 2019 Fabian himself was diagnosed with esophageal cancer. This news came as a total shock to him and his family as he had never been sick.

“After processing this diagnosis Fabian was optimistic and kept a positive attitude that he would make a full recovery after invasive treatment and surgery.

“At the end of March 2020 Fabians health started to deteriorate and at the end of April he was re-admitted to hospital.

“Following tests Fabian was told that the cancer had returned in an aggressive form and he now had incurable Stage 4 Cancer.

“This news was totally devastating, a shock and unbelievable to Fabian, Margaret and family. Due to COVID 19 restrictions Fabian had to deal with this devastating news on his own in hospital without his wife and family being present to support him.

“It was Fabian’s wish to be home with Margaret, Davina and Aaron for whatever time he had left to live. Thankfully he got his wish and they took care of him along with the support of the pallative care team until the end.

“For the second time in the space of three and a half years, family life has once again been turned upside down.

“Loosing Clodagh and still grieving for her Margaret, Davina and Aaron are now facing life without Fabian who was their rock of support in their lives.”

The fundraiser went live last month and already, almost €24,000 has been raised.

You can donate by clicking below: