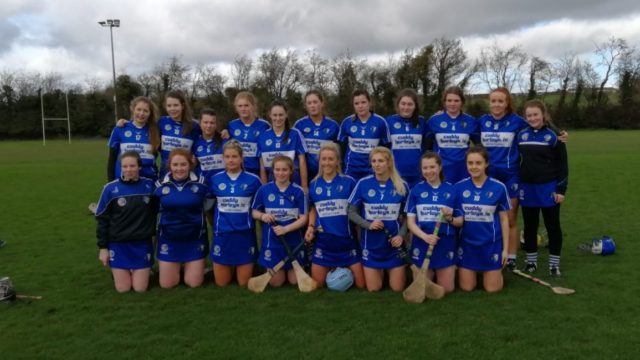 The Laois camogie team were placed in the only four-team group in the All Ireland intermediate championship when the draw was made on Thursday evening.

In previous years the All Ireland camogie championship was played using two groups of five or six teams.

But because of the shortened season – which won’t get underway until October 17 at the earliest – a new format was introduced with three groups of three and a group of four in the intermediate grade.

With only one team progressing from each, being placed in a group of three would have been the preference.

But Laois have been drawn in the group of four alongside last year’s beaten finalists Galway (the county’s second team), Kildare and Dublin’s second team.

The camogie season had gotten off to a controversial start when the Laois County Board had opted to pull their adult team from all competitions for the year because of low turnout at training in early January.

They later reversed that decision and competed in Division 2 of the league where they lost to Dublin and Tipperary but their game against Antrim wasn’t played due to the Coronavirus-enforced lockdown.