Week two of the resumption of CCFL is completed and there were mixed fortunes for the Laois clubs involved.

Mountmellick United bowed out of the Combined Counties Cup as they were beaten by Derry Rovers while Clonaslee fell to Birr Town.

But there were better fortunes for Portlaoise side Towerhill as they enjoyed a 2-0 win over BBC United and advance to Round 4.

In league action, Abbeyleix Atheltic kept their charge for back to back titles alive with a win over Derry Rovers B.

Abbeyleix ensured they held onto their outside chance of back to back league titles for another week with a good win following an excellent high tempo game throughout in Fr Breen Park this morning.

Derry Rovers arrived in Abbeyleix early and sitting third place in the table, they knew they were still in the mix for the title also

A shower of rain just before KO off added an extra edge to the game ensuring there was a slick surface to play on and both teams went at it from the first minute.

Abbeyleix were finding some early joy playing through the middle and running at the Derry Rovers centre half’s and this paid off when winger Killian Burke came inside picking up a good pass from Westbrook he surged forward and finished well to open the scoring.

Terry Lawless and Eoghan Fennelly were working hard in the middle, this was a tough tackling competitive game and both were keeping Abbeyleix on the front foot, breaking up the Derry Rovers attempts to move the ball forward.

Out wide the ever industrious Adam Broady worked the line well and that was the starting point for Abbeyleix to get the ball into the feet of Alex Westbrook who showed some neat footwork to make space for himself to drive an unstoppable effort to the top corner from just inside the area, barely 20 mins played and Abbeyleix were already two ahead, this kicked Derry Rovers into action.

With a couple of big strong players they were always a threat and this was proven when they ghosted in from a set piece to glance a header to the net to bring it it back to 2-1.

The remainder of the first half continued to be competitive, Dean Byrne was on top of his game with some excellent tackles and headed clearances, he had the young duo of Josh Tormey and Lee Maher either side of him who were both working hard and playing very well to shut out an ever improving Derry Rovers team.

Into the second half in much the same vein, the referee had to be on his game as both teams stepped up the intensity and some strong tackles yielded yellow cards.

Derry Rovers were struggling to keep to the pace of Jamie Coffey who worked tirelessly throughout with his usual skill drawing fouls which presented Abbeyleix opportunities to threaten another goal that would surely secure victory.

The goal finally came when Broady and the afore mentioned Coffey combined out wide with a pin point pass eventually finding Eoghan Fennelly in the area who finished well from close range much to the delight of the supporters looking on from the sidelines.

This game however still wasn’t over and some neat play by Derry soon after allowed their wide man in to score a good goal from them to open things up again.

Great credit to Abbeyleix goalkeeper Patrick Mulligan who really stood up when tested, a brilliant one on one save to deny an equaliser on 75 mins, an excellent block.

Abbeyleix didn’t sit back, Dylan Doyle was looking to get on the ball at every opportunity and he had a brilliant game throughout to follow up his man of the match performance earlier in the week.

Conor Bergin and Jamie Straford were introduced and both had great chances to score, again following great build up play from Broady and Doyle but both were unlucky, Bergin in particular who agonisingly had a close range effort fly wide of the post.

Abbeyleix did have the ball in the net again from a breakaway, three players finding themselves free and bearing down on goal, Jamie Coffey bundled the ball into the net but after what seemed like an eternity the ref eventually decided he was offside.

Shortly after the full time whistle was blown, great credit to Abbeyleix and Derry Rovers who served up a very entertaining game, the referee commenting it was one of the best he had been involved in this season is a great testament to both teams.

This division will go down to the wire, Killeigh are currently in pole position with games in hand but there is plenty of football to be played yet, Abbeyleix under the management of Adrian Freeman and Anthony Coffey have two Cup Quarter finals to look forward to also, so silverware of some description would be just reward for the efforts this season.

Thanks to club officials who have ensured Covid regulations have been followed at both home games since the resumption.

The club would also like to thanks Sean Morgan for his photography skills at home games this season. 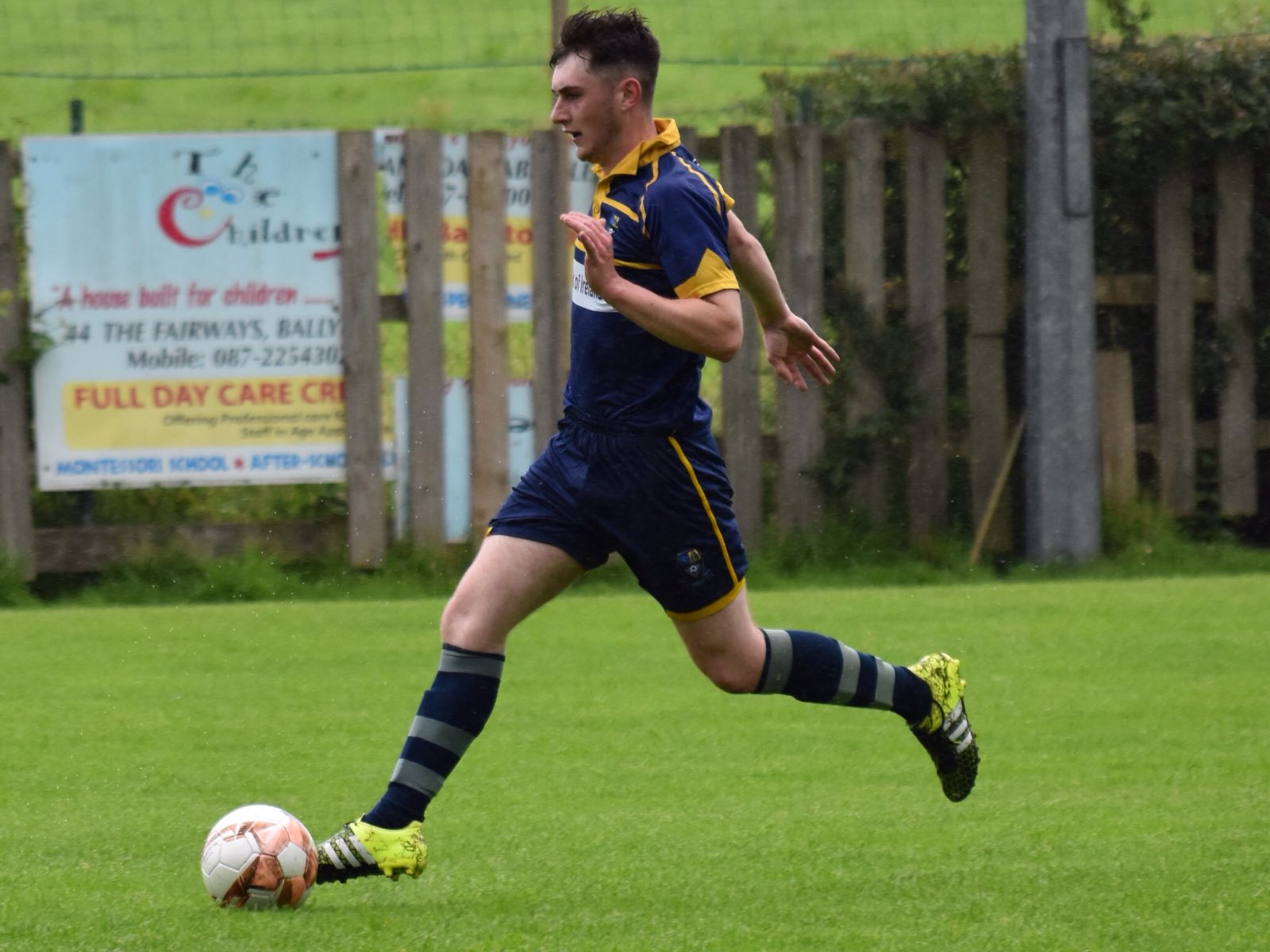 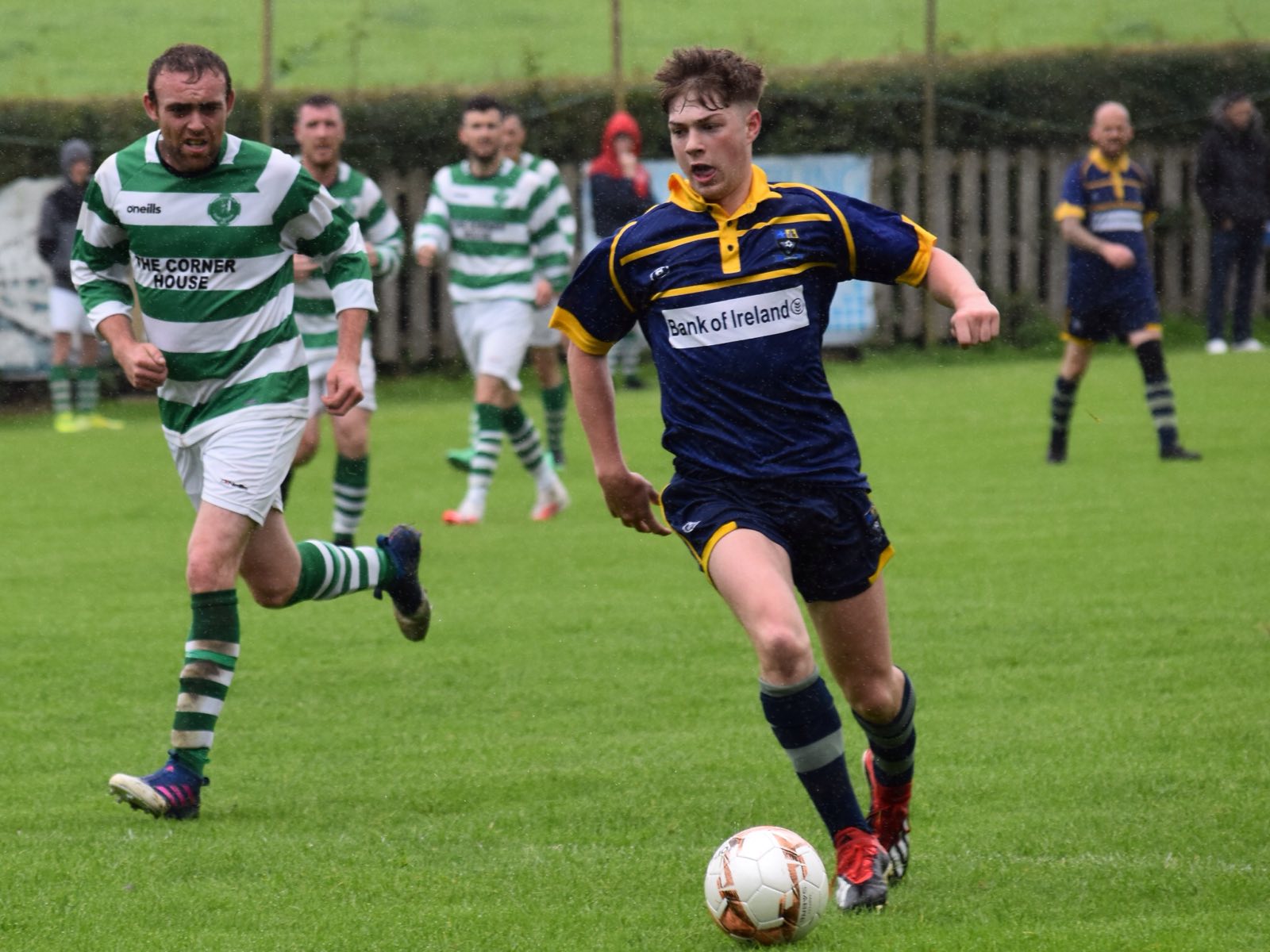 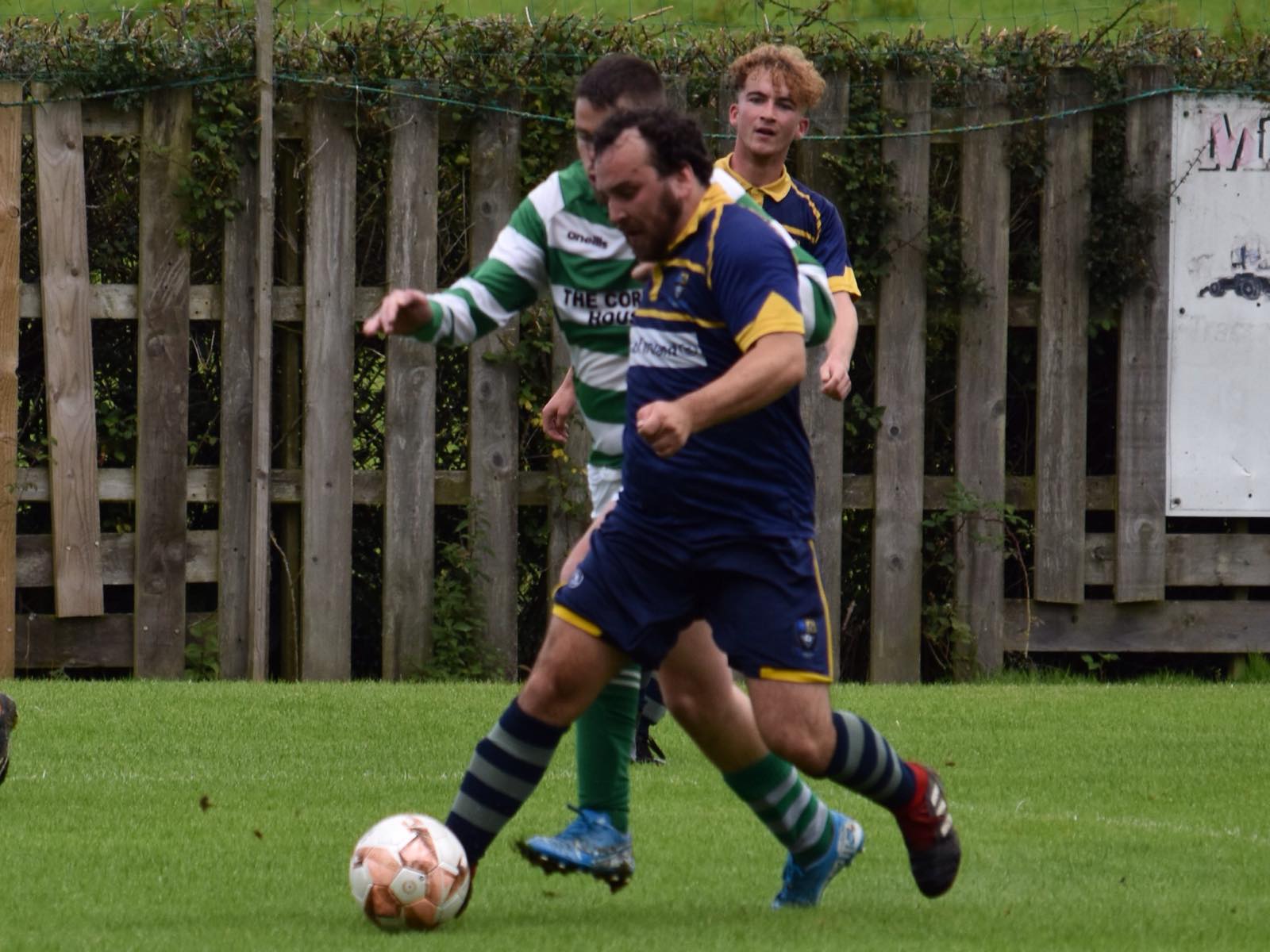 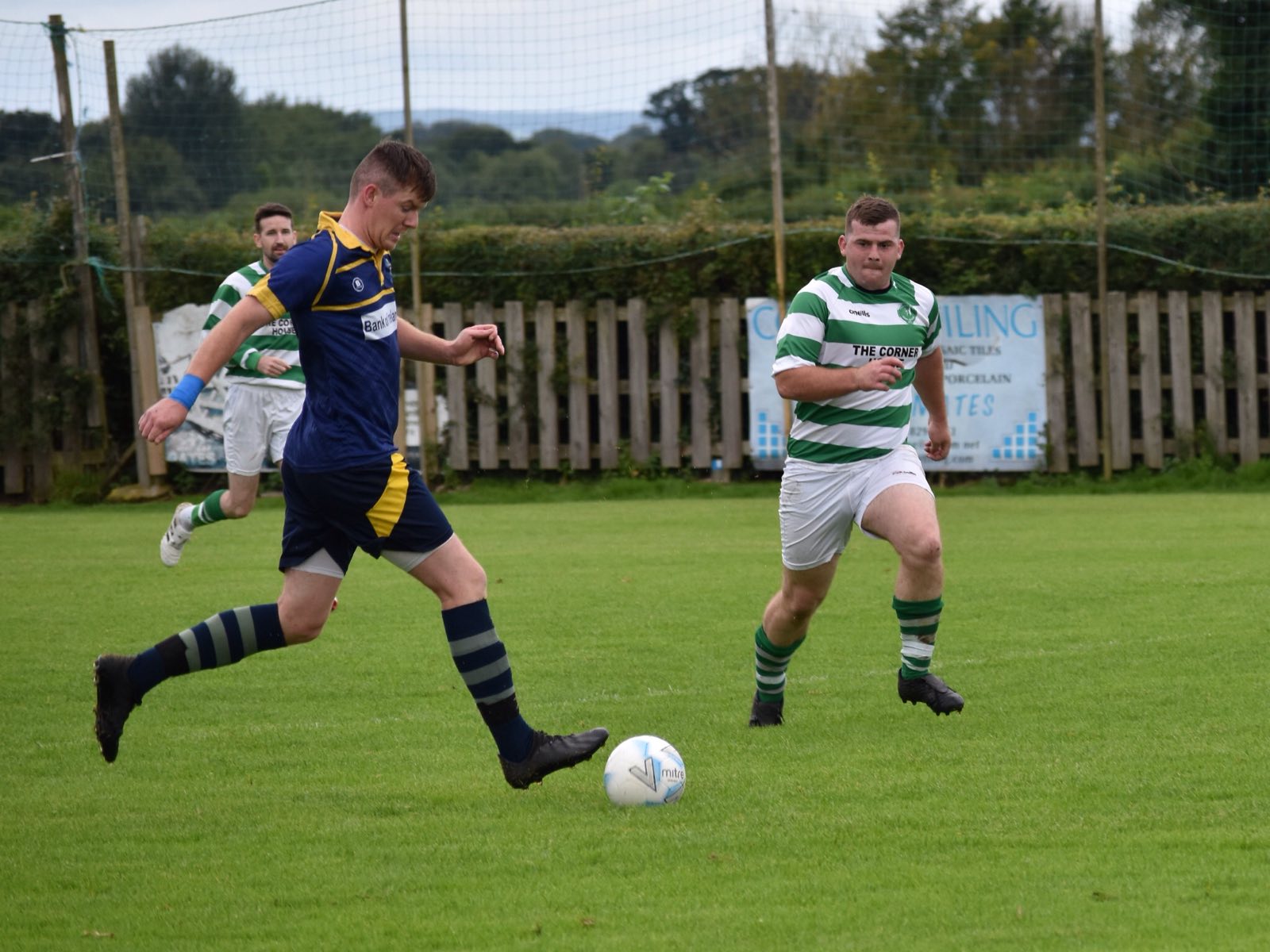 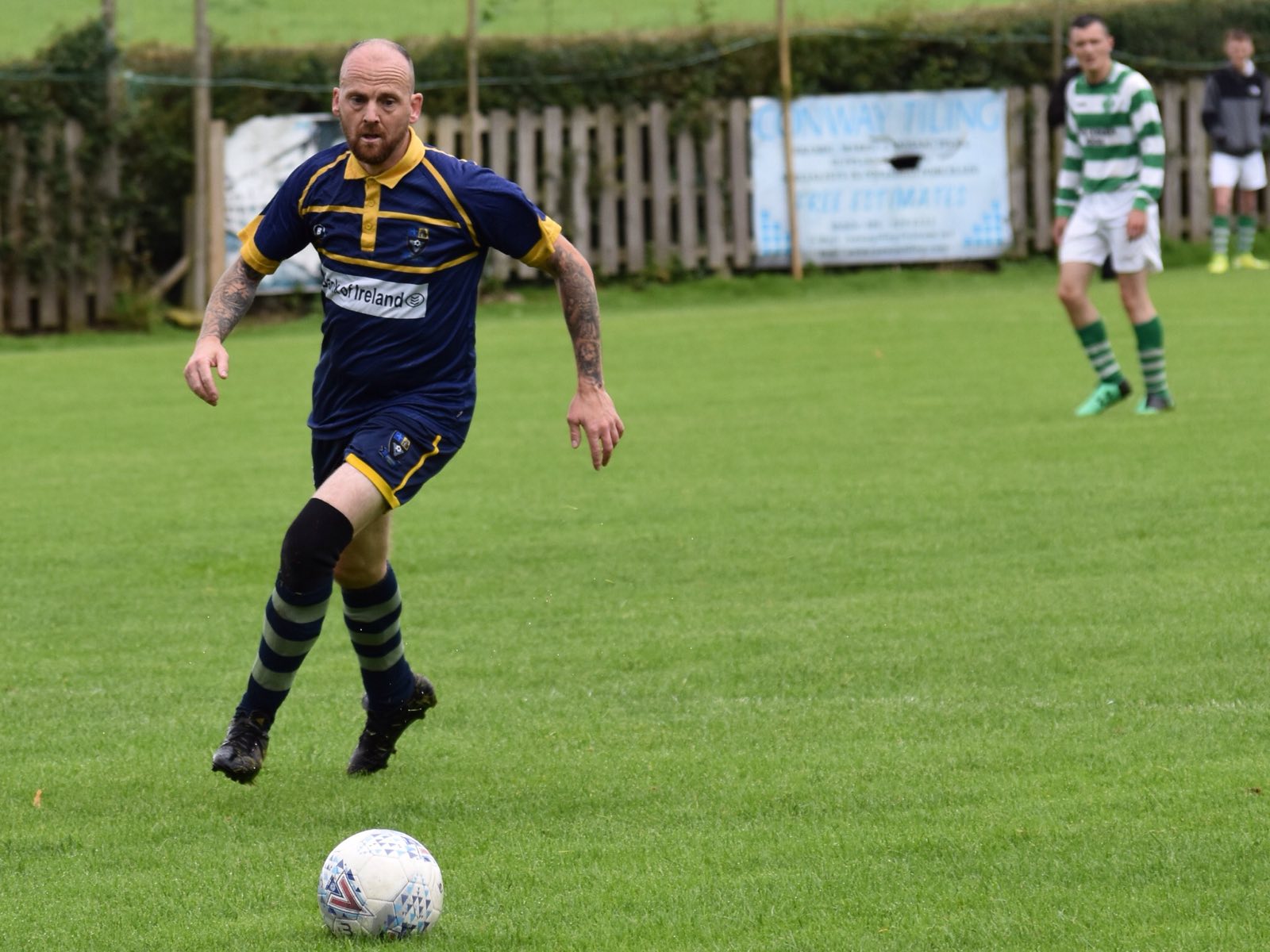 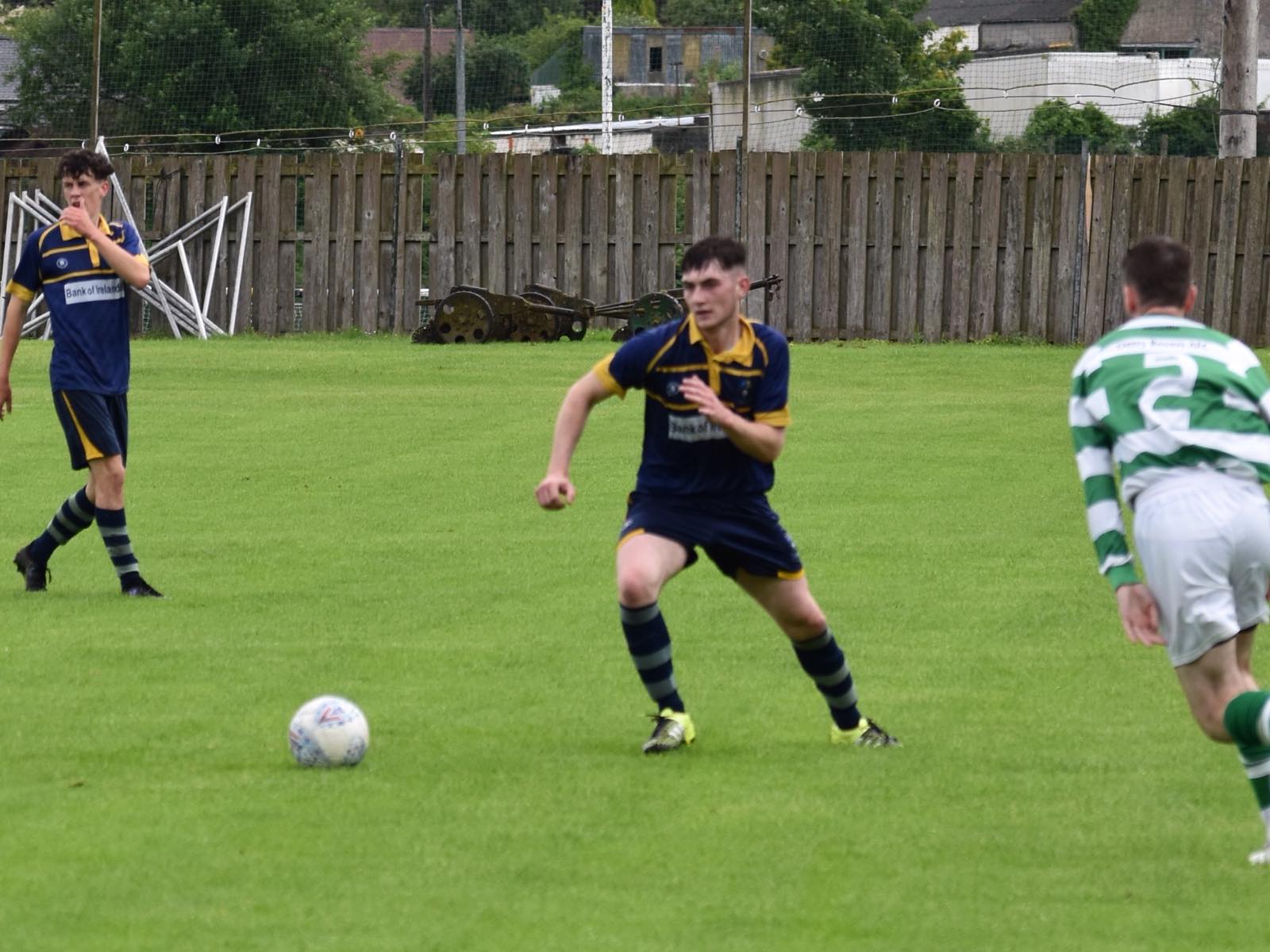 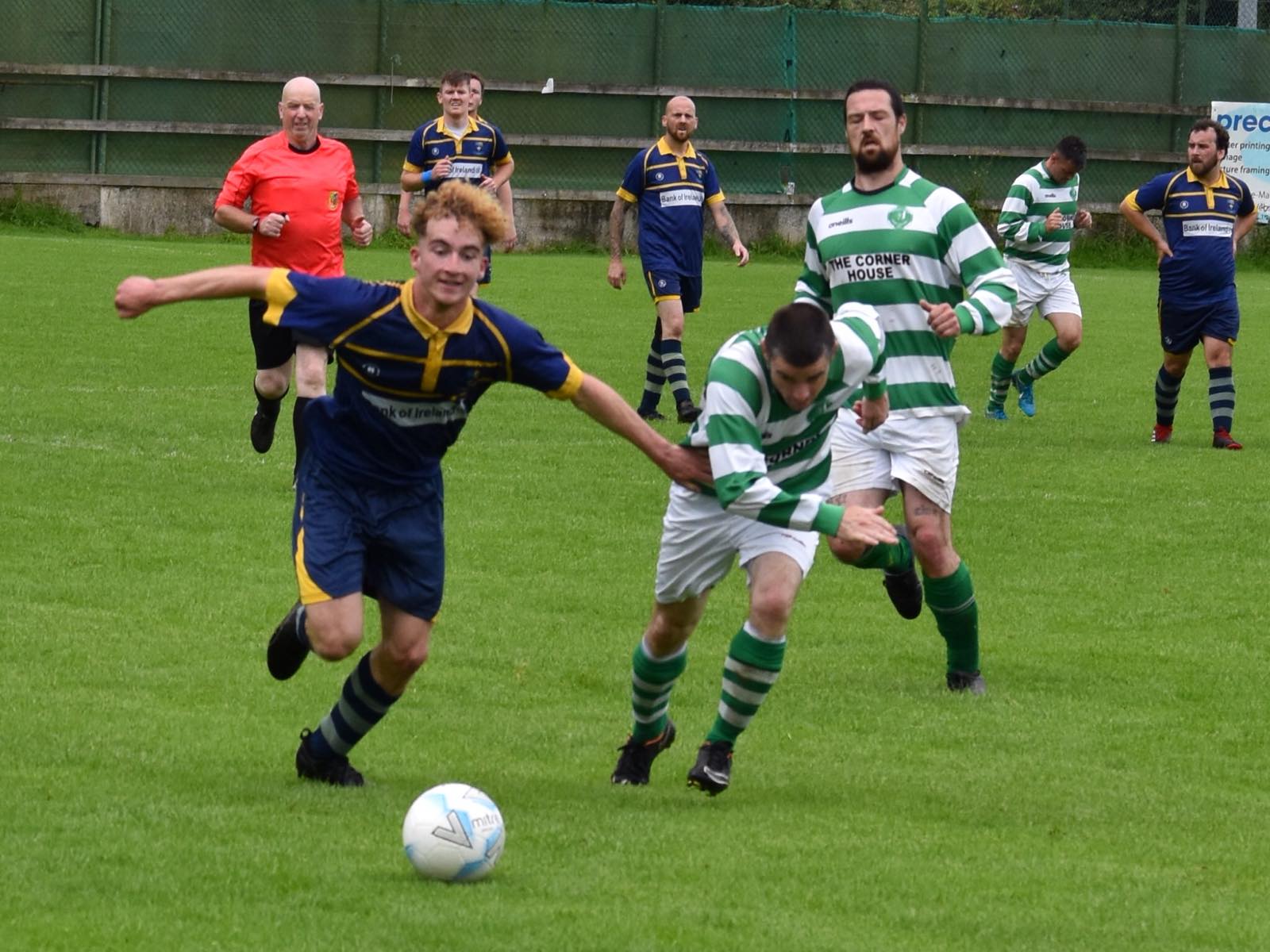 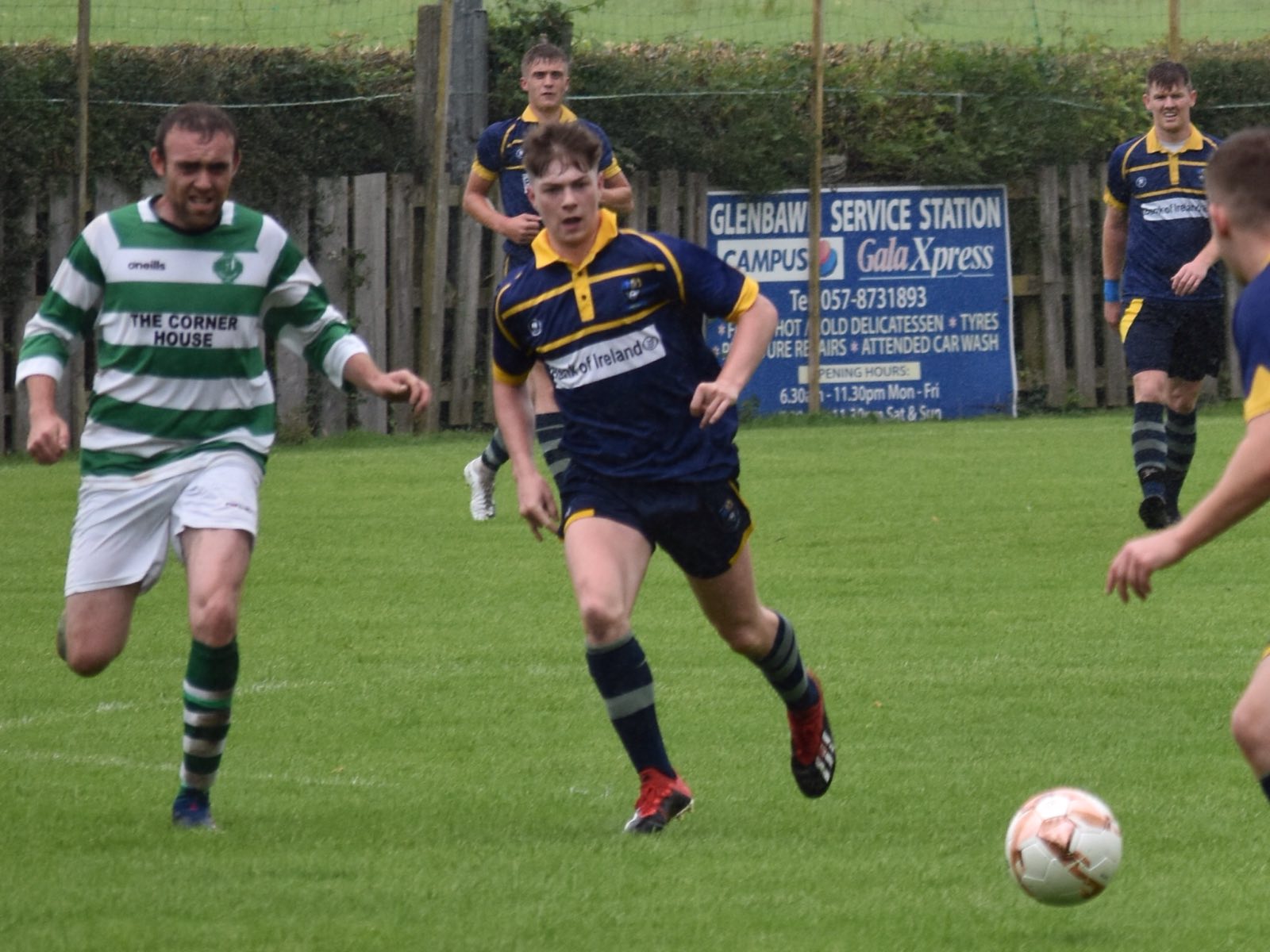 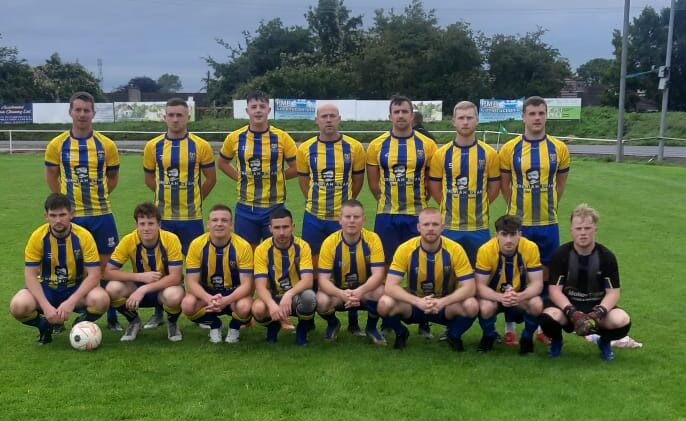