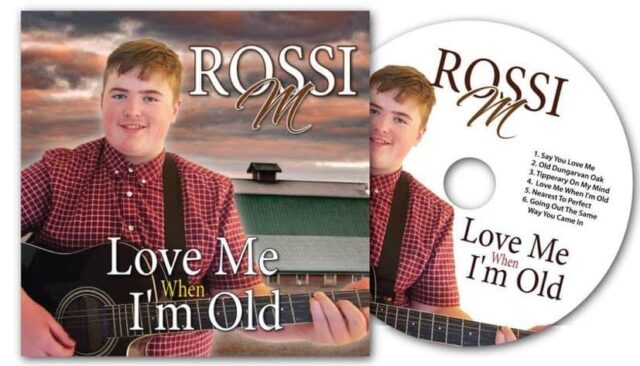 A talented Laois teenager has released his first ever album.

The six track album is in the country and Irish genre and was recorded in Studio 54 in Athy while the graphics were complied by Steve Bloor Media.

Portlaoise College student Ross is no stranger to the music scene and has previously written and performed a number of GAA related tunes.

Then in 2018, Ross wrote and performed a song for the Laois footballers when they reached the Leinster final.

And he was back last year with ‘Laois Are On The Up’ after the hurlers reached their first All-Ireland final in 40 years.

But this album is very different and features tracks like Say You Love Me, Old Dungarvan Oak, and Nearest to Perfect.

Ross said: “The CD’s are €10 each, and I would really appreciate any support.

“If anyone would like one, please message me on Facebook Messenger, or send me an email on rossmolloy05@gmail.com

“The CD is stocked in Simpson’s Gala and The Grand Stand in Stradbally. Also, it is in The Corner Shop in Timahoe.

“I’d like to thank, Studio 54 in Athy and also Steve Bloor Media.”