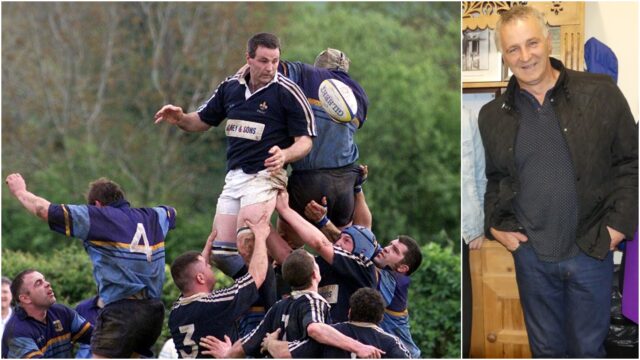 Donal Rigney has been appointed as the head coach of Portlaoise Rugby Club ahead of the 2020-21 season.

Rigney, a former Towns Cup winner with the club, will be joined by MJ Dwyer, who will be in the manager’s role, while club secretary Trevor Flanagan is also involved. Ross Cooper will captain the side.

Donal was a Towns Cup winner with Portlaoise in 2003 and also played in finals in 2004, when they lost to Arklow, and was captain in 2001 when they were beaten by Kilkenny.

Prior to that he played for 12 seasons with Buccaneers and enjoyed a brilliant career in the AIL, including a run to the 1998 semi-final when he was joined on the team by his brothers Brian, Des and Colm. Eddie O’Sullivan, who would go on to coach Ireland, was over that Buccaneers side.

Donal has recently been involved with coaching underage teams in the club.

With Laois currently under a partial lockdown, Portlaoise have had to limit their training at the moment to non-contact.

They are due to begin their campaign with a game against Athy in the pre-season Hosey Cup competition.

Portlaoise also begin the Division 2A league season against Athy on October 4 as the Leinster League have structured the competition in such a way to minimise travel.

Their first six games are against Kildare opposition as they face Athy, Newbridge and North Kildare at home and away.

The three Dublin-based teams – Balbriggan, De La Salle Palmerstown and Coolmine – as well as Wexford play against each other in the first six rounds before the teams then cross over to play the other teams in the division.

Having been relegated in 2018, Portlaoise just missed out on promotion to Division 1B last season.