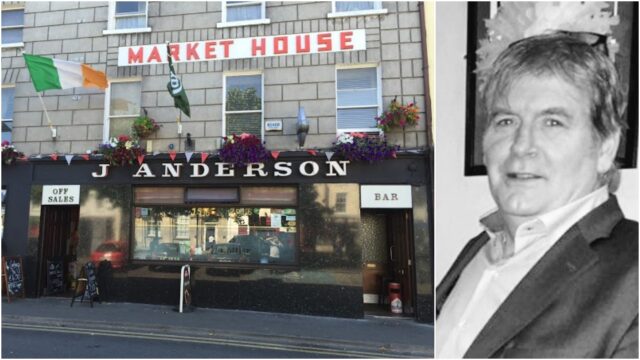 The death has occurred of John Anderson, proprietor of the popular Anderson’s pub in Athy.

Anderson’s in the Market Square in Athy has been a popular pub for generations with a strong association with the town’s many sporting clubs.

Over the years, they have served thousands of customers and employed numerous staff in part-time and full-time positions.

Across social media there was widespread shock and sadness as customers, fellow publicans and business people in Athy fondly remembered him.

On Saturday, Andersons Athy had taken part in the #supportnotsympathy campaign as pubs across the country appealed to the Government for support as they remain closed and have been since March 15.

John is survived by his son Matthew, brothers David and Bernard and sisters Michelle, Helen and Nuala.