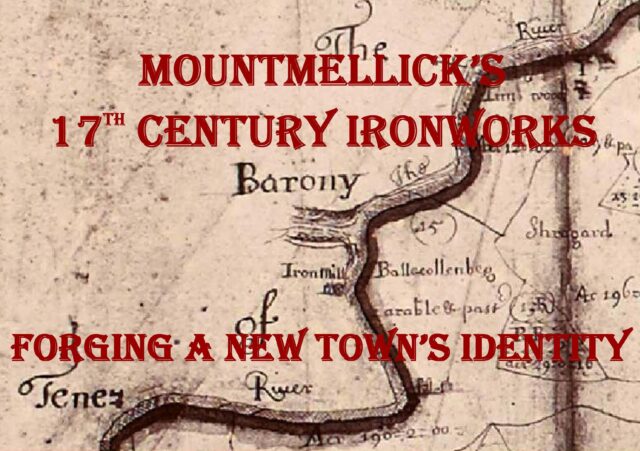 National Heritage Week began on Friday and runs until August 23.

Unfortunately due to the current Covid Crisis, Laois County Library Service is not in a position this year to host any of the usual historical and heritage talks/events which would normally take place in our branches.

So they are trying to deliver these in other ways where possible – including this article.

The most significant development in the history of the town of Mountmellick took place in 1659 with the arrival of the Quakers.

They established an industrial platform which was both sufficiently solid and diverse in nature to enable a thriving community establish itself over successive generations.

However, in 1630, 29 years before the arrival of the Quakers, there was the building of an ironworks which, quite literally, put Mountmellick on the map.

The recording of this ironworks on maps of the area, which were compiled as part of The Down Survey during the 1650s, appear to have assigned an importance and significance to the general Mountmellick area that seems not to have been there prior to this ironworks’ existence.

With the 400th anniversary of its construction only a decade away, this video presentation outlines the history of the Mountmellick Ironworks and the role it played in the formation and development of the town of Mountmellick.

SEE ALSO – Weekend Read: The story of the Portarlington to Mountmellick Tramway