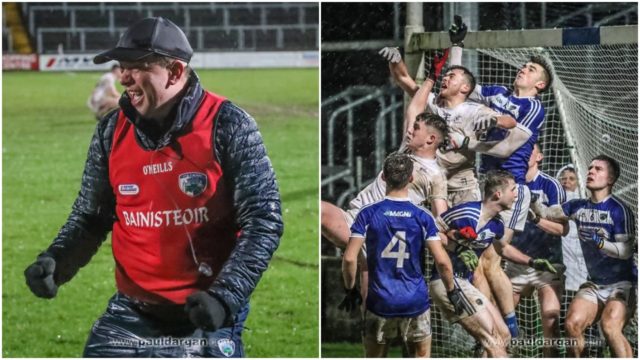 Eddie Kinsella is set to be reappointed as Laois U-20 football manager for 2021.

The Courtwood native, and former All-Ireland final referee, has been chosen by the executive of Laois County Board to continue in the role that he filled this year.

Kinsella took over from Arles’ Billy O’Loughlin and led Laois to a second successive U-20 final where unfortunately, they came unstuck against Dublin.

Laois got a bye through the first round but the Storm Ciara meant their quarter final clash with Westmeath in February was postponed by two days.

That game went all the way to extra time and then penalties where Damon Larkin converted the winning kick to seal passage to the next round.

The final in March in Netwatch Cullen Park against Dublin was one of the last games to be played before the Coronavirus shut down action across the country.

Laois GAA have confirmed that Kinsella, who was Courtwood for three seasons and won the intermediate title with them in 2018, has retained the services of his backroom team.

Former Laois player Padraig McMahon from Ballyroan-Abbey, Portlaoise’s Seamus Lalor and Tom Byrne will act as selectors while an extra one will also be added.

Laois GAA will seek the ratification of Kinsella as manager when the County Committee meets next.