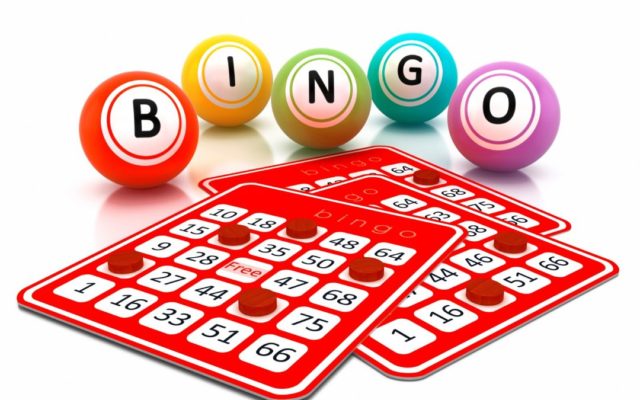 Killeshin GAA have had to overcome plenty of stumbling blocks this year as they seek to get the club back running as normal as possible in the current circumstances.

On the football side of things they were the first Laois club to suspend activities after they came in contact with an opposition player who had a confirmed case of Coronavirus. Then they had to play the first round of the senior championship without their manager Karol O’Dwyer who lives in Kildare and couldn’t leave the county during their partial lockdown.

And even their fundraising ventures have been hard hit. The club have huge development work in progress and had organised a Drive-in bingo in their grounds as a new way of raising much-needed funds.

It was initially meant to be on on four different Sundays – two in August and two in September. But the August dates had to be cancelled due to the Coronavirus restrictions.

Drive-in bingo follows the same format as your standard bingo only people stay in their cars throughout.

Killeshin GAA club have carried out huge development work over the past number of years, buying land back in 2007 to develop new playing pitches and currently have plans in place for a new clubhouse and dressing rooms.

“Like all clubs we have been badly hit this year and we need a lot of money to keep the club going,” explained Breda McDonald, one of the main organisers of the event.

“The drive-in bingo is the first in this area and we’re hoping it will attract a big crowd. It will be adhering to all restrictions and should be a great day out with a lot of really good prizes.” 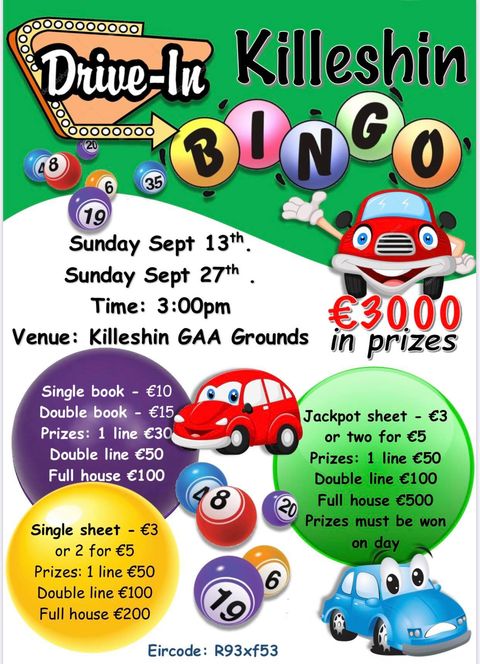