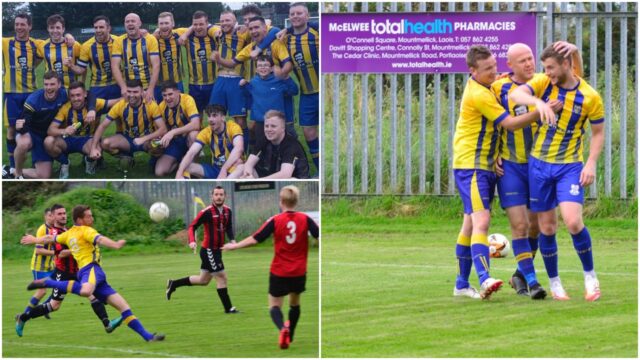 The Mountmellick United soccer team will join the big boys of the CCFL next season after they claimed league glory last night.

Going into last night’s game against fellow Laois side Towerhill Rovers, Mountmellick knew a win would see them pip Mullingar Town for the silverware.

And it also sees them become the highest ranked Laois team in the Combined Counties Football League as they will play in the Senior Division when the new season kicks off again in a couple of weeks.

Towerhill Rovers had nothing really to play for and they also have a big cup final on Sunday as they contest their first ever Counties Cup decider.

But Mountmellick were taking nothing for granted and they won in some style too – thrashing the Portlaoise outfit 6-0.

The game was over as a contest with 20 minutes on the clock as Robbie Hibbits opened proceedings with an early brace before veteran Mark Grennan, who set up Hibbits for one of those, provided Shane Dowling with a chance which he duly dispatched.

Mountmellick were rampant with keeper Richie Downey preventing Hibbits from getting a hat-trick but he soon turned provided for Grennan to leave it 4-0 at half time.

Towerhill were more competitive in the second half and they held out until the 76th minute when Darren Strong found Grennan at the back post for his second.

And the striker completed his hat-trick before the end to make it 6-0 and send Mountmellick up in some style.

Towerhill’s season will conclude in Mountmellick on Sunday in the Combined Counties Cup final against Birr Town at 3pm. 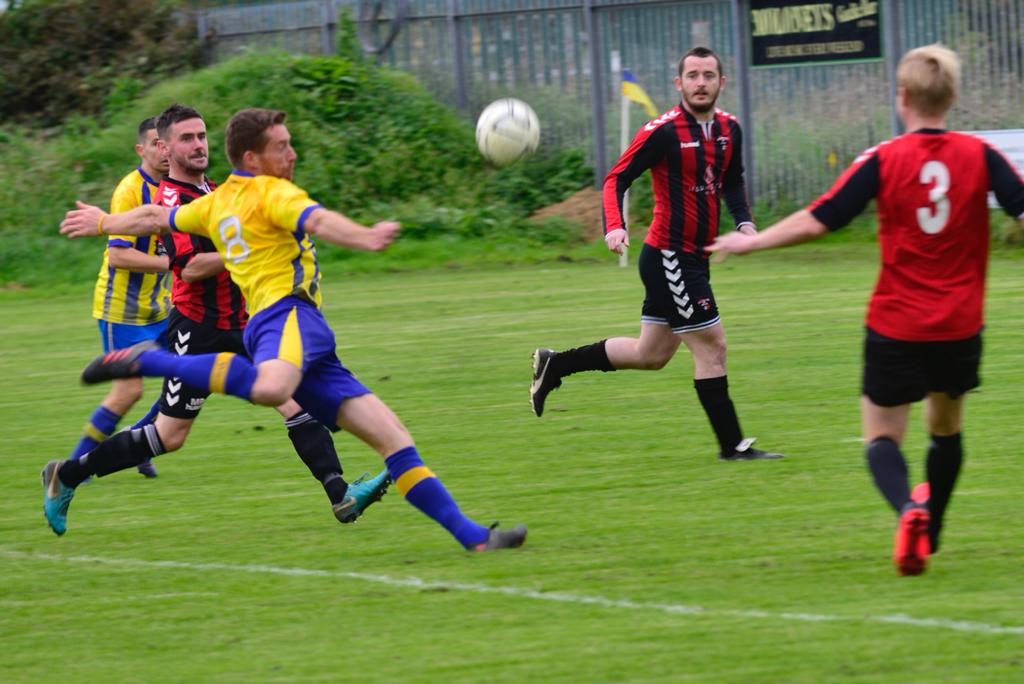 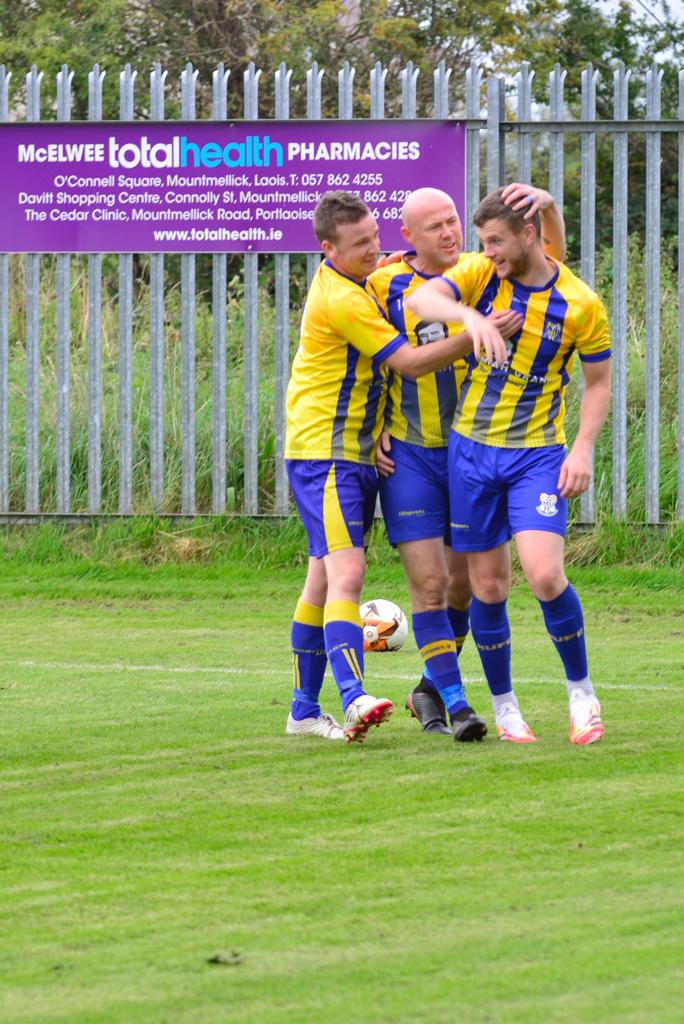 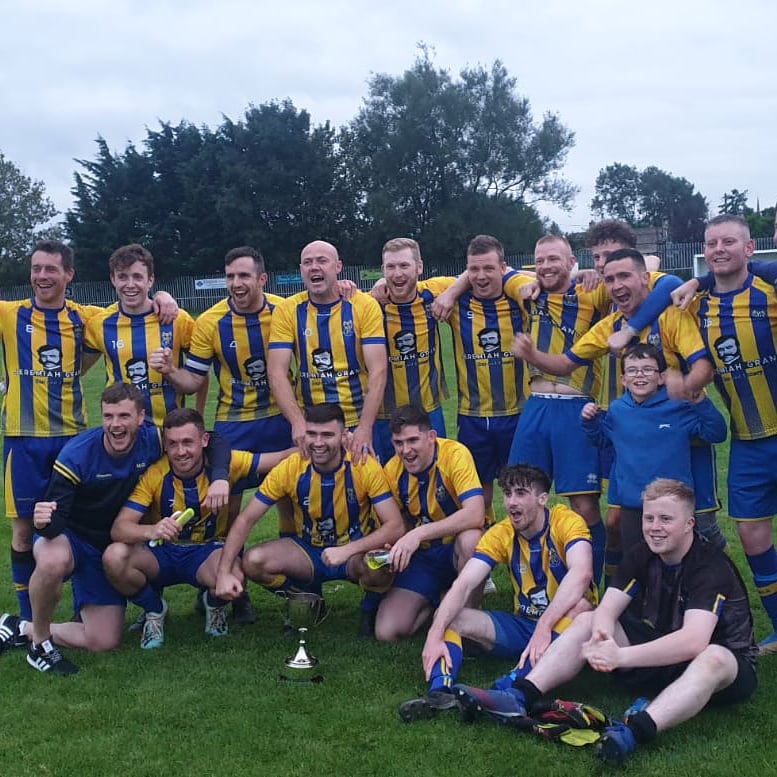 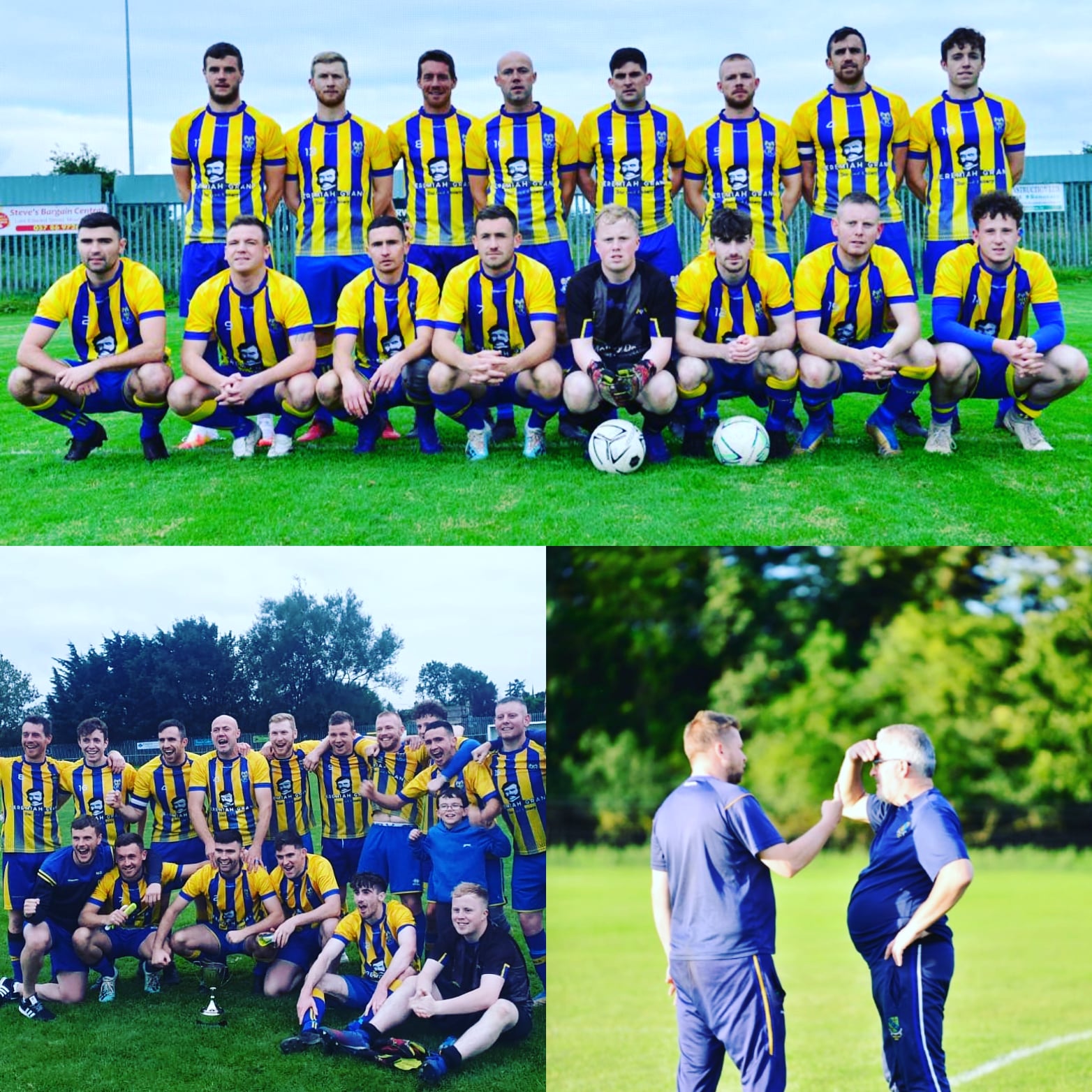