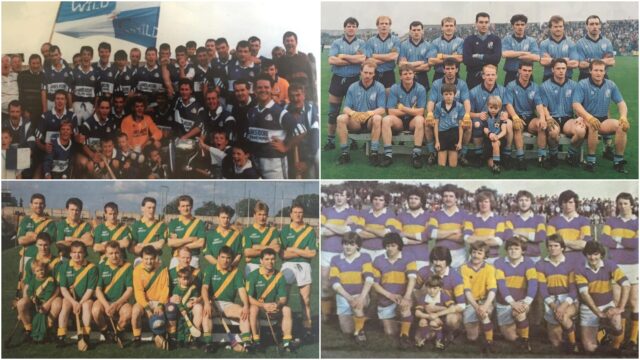 The lack of live sporting activity throughout the worst of the lockdown months – and for large chunks of the year – had media outlets scrambling to fill the void.

LaoisToday were no different. Sports coverage is a huge element of what we do on a daily basis.

Like many others we went on many trips down memory lane and deep into the archives.

One of the ideas we came up with was our County Final Memory series where we went back and looked at various county finals in both codes and in various grades.

In all we looked at 17 different games, featuring success for 15 different clubs. The furthest we went back was 1970. The most recent game we did was 2001.

It’s an almost bottomless pit, however. Even using 1970 as the starting point, that’s 50 years of county finals up to the end of 2019. Factoring in two codes and five grades in both (senior, intermediate, junior, U-21 and minor), that’s 10 finals per year, a total of 500 county finals in that time. It’ll take us a while to get them all done!

It was a thoroughly enjoyable project where we looked at the newspaper coverage from the time both before and after the games. Photos, screen grabs of the newspapers and match programmes all added to what we were able to do.

It was a series that went down really well with our audience, with many requests coming in for us to look at specific games.

With the local championships back on and going full steam ahead at the moment, we’ve decided to park our County Final Memory series for the time being.

But we will be back in the winter months.

And if any of our readers would like to request an old county final for us to look back on, please get in touch by emailing info@laoistoday.ie.

In the meantime, here’s the 17 games we did look back on over the last couple of months.

In 1970, a rising St Joseph’s side appeared in their first county final – but Portlaoise did just about enough to hold on.

But Clonad knocked Camross out in the quarter-final, beat Rathdowney in the semi-final and then did enough to beat a coming Clonaslee outfit in the final.

Emo’s only Laois SFC success came in their first final appearance in 1972, when a blistering first-half performance saw them get the better of Graiguecullen.

Including replays the Carlow border side have since appeared in six finals and won none of them. Emo have played in seven since and haven’t been successful either.

St Joseph’s dominated underage football in Laois in the 1960s and it was always going to lead on to senior at some stage.

They won junior and intermediate in 1967 and 1969 and lost the senior final in 1970 but their day arrived in 1973 when they beat Timahoe in the final.

It was the first of four county final succeses in what is the club’s greatest decade that also included two Leinster final appearances.

And it took two games to separate them, The Heath eventually getting the job done, with a point to spare despite not scoring in the second half.

Their first Laois senior hurling title in 65 years and they’ve only been in one final since – the following year in 1976.

“The entire population of the small Laois village at the game went wild with delight when referee Jimmy Rankin blew full-time,” wrote Dick Barrett in the Nationalist the following week.

In terms of late goals in dramatic county finals, the 1980 decider is right up there with Jody Dillon’s injury time winner for Stradbally in 2016, a game that saw Portlaoise denied the 10-in-a-row.

This year marks the 40th anniversary of O’Dempsey’s last senior success – a triumph that was achieved thanks to a last-minute winning goal from Brian Costello.

Camross, having only won their first title in 1959, were going for an incredible 16th county final success and a first ever six-in-a-row.

Portlaoise were seeking their first title since 1943. It was the day a great young Portlaoise team came of age – and the first of their famous four-in-a-row.

In the normal scheme of things, a Junior ‘B’ county final ranks well down the pecking order when it comes to looking back on the GAA activities of a particular year.

But for Spink GAA,  it was a significant breakthrough in 1986, a famous win that brought in the best era in the club’s history.

Portlaoise’s dominance of the Laois club football scene in the 1980s saw them win six titles in seven years from 1981 to 1987.

But in 1988, in a straight-knockout championship, they were dumped out in the first round when Portarlington beat them 0-11 to 1-7. And Portarlington duly went on to win the club’s first senior title since 1959.

From 1976 to 1991 only two clubs won the Laois senior hurling championship: Camross and Portlaoise.

In 1992, however, Clonad broke that all up, when the club steeped in history won their first title in 22 years.

Throughout the 1980s and into the early 1990s, few Laois football clubs suffered as much heartache as Ballyroan.

They were beaten after a replay in the Centenary final in 1984 and again in 1985, both times by Portlaoise and The Town dashed their dreams again in the 1990 final.

There are some county final wins that are more significant than others.

For Laois hurling, 1995 represented the start of a new era. Having been dominated by Portlaoise and Camross for the previous 20 years (with only Clonad breaking their duoply in 1992), Castletown’s breakthrough win in 1995 saw the balance of power shifting.

Castletown’s 1995 was their first of eight in an incredible 11-year period. 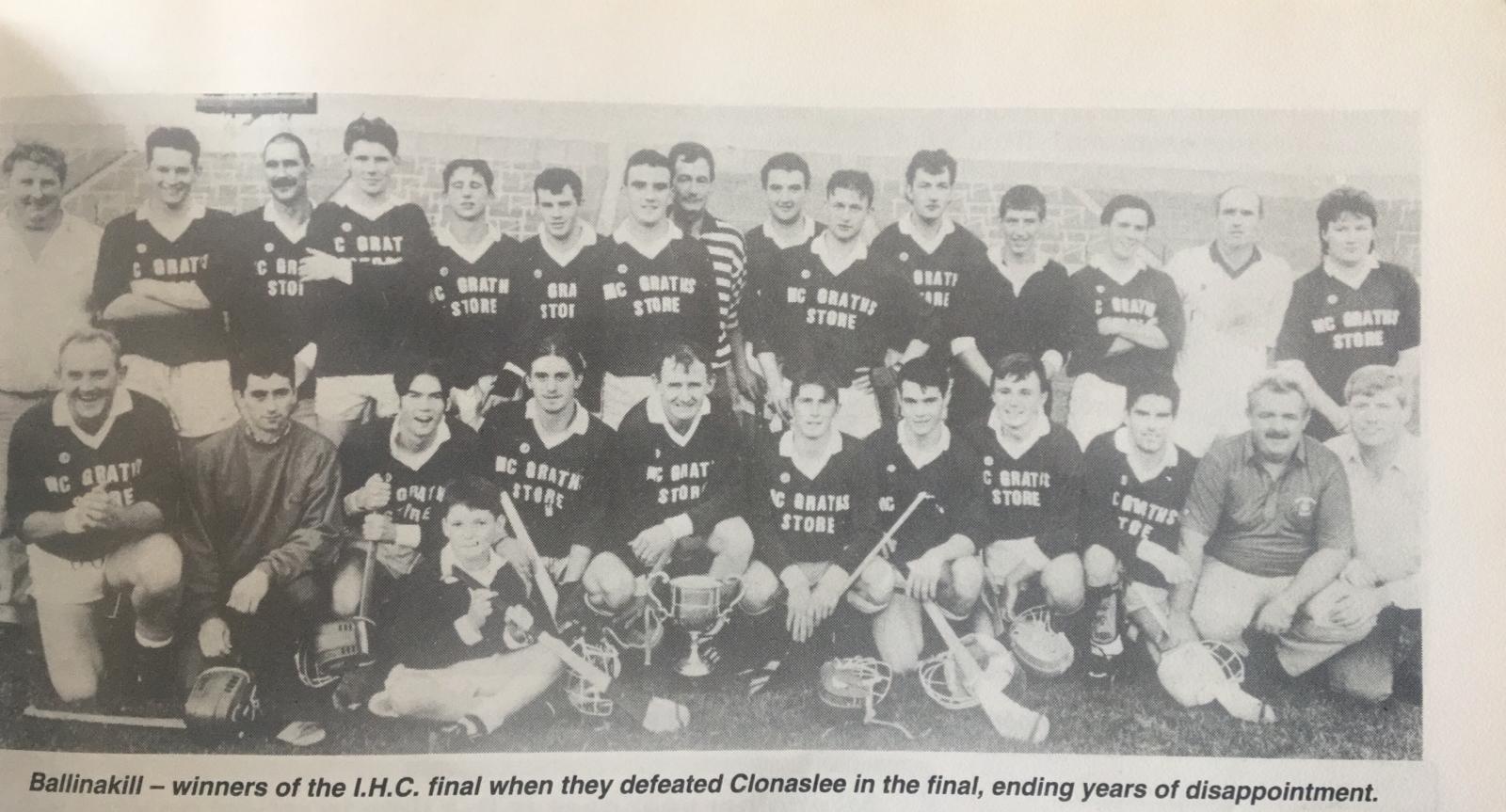 In 1995, having lost the previous five finals, Ballinakill finally got their hands on the Laois intermediate hurling trophy.

And the hero of the day was former Laois player Michael ‘Maggie’ Walsh, then in his early 40s, who scored 1-7 despite not being initially named to start.

The split in Arles in the early 1990s is one of the biggest ever internal stories in Laois GAA and it’s one that is still relevant almost 30 years later.

It is a saga that saw one club become two and those two go on to be central players in Laois for the next 20 years or so.

It was inevitable that they’d come up against each other at various points and 1997 was the first such occasion.

All across Laois there are different rivalries that come to the fore at different times.

In 2001, Mountrath and Trumera met in the Laois intermediate hurling final in a game that was of huge interest in that part of the county.

But the bragging points here went to Mountrath with three late points from ‘Mouse’ Russell getting them over the line in a thrilling contest.

SEE ALSO – A 72-year-old keeper, an actor and a last-minute goal – the magic of Junior ‘C’