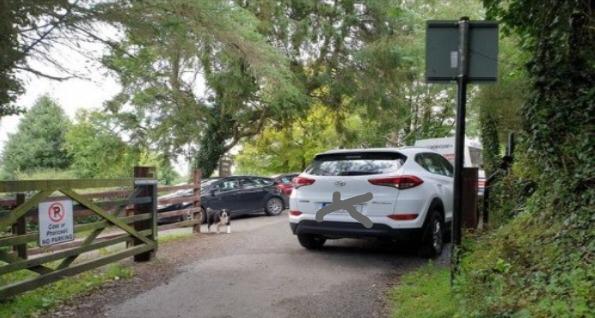 The idea that a private car park could be opened to alleviate some of the major issues with the lack of car parking facilities at the Glenbarrow Waterfall in the Slieve Bloom Mountains was suggested at a meeting this morning.

Fine Gael Cllr Conor Bergin told a meeting of the Borris-In-Ossory/Mountmellick Municipal District how the large crowds flocking to the tourist attraction every weekend are causing problems for residents.

He said that there are only 34 car parking spaces available and when they become full, cars are left abandoned on the road.

And, as Cllrs Paddy Bracken and Seamus McDonald concurred, it is leaving residents barricaded into their homes as cars are frequently parked outside their front doors.

There is a live planning application to build a car park up there but that could take years to come to fruition and, according to Cllr Bergin, is not fair on the residents.

So, in the meantime, he has inquired if it would be possible for a private individual to open one of the existing fields and run it as an overflow car park.

He said: “I have received a lot of phone calls about this lately and I know that it is a problem that has gone on for years.

“While it is brilliant to see tourists coming to Laois and people from within the county itself visiting the area, we need to have proper amenities in place for them and for the residents who live there.

“As it stands, when the car park fills up, cars are just left abandoned on the road and residents sometimes cannot get out of their homes as a result.

“This is not fair. There is a live planning application for a car park but that could take years. So, I am wondering if it would be possible for a private car park to be operated?

“I ask because I was on holidays in the West of Ireland recently and I encountered many seemingly private car parks in fields.”

In reply, Director of Services Donal Brennan said that similar private car parks do exist around the county so there is a precedent for this type of thing.

He said: “I am obviously not going to comment on a live planning application.

“So yes, a precedence does exist for a private car park to be operated by somebody other than the council – but I suppose typically they are run by businesses or in a business location.”

District Engineer Edmond Kenny said that he had been involved in discussions with Coillte about securing land for a car park and they were being cooperative.

He said: “An environmental screening report was recently commissioned by Laois County Council to determine the feasibility of developing nearby Coillte lands into an overflow car park.

“Once this report is complete, we will advise all Councillors of the outcome.”