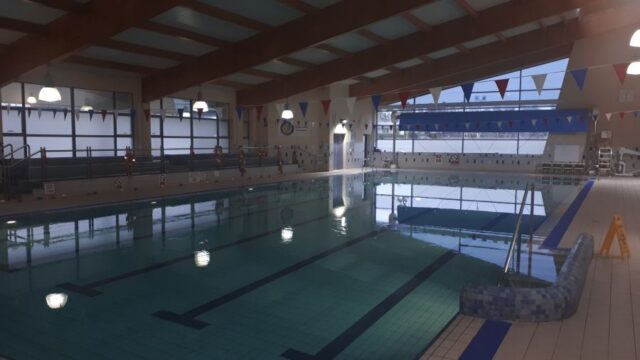 The issue of Portlaoise Leisure Centre “has to be kept on the agenda or it will be forgotten about” said Cllr Noel Tuohy at this week’s Portlaoise Municipal District in Laois County Council.

“If we don’t talk about it, it’ll be forgotten about. Needs to be re-opened – it’s very important for the town and the community,” he said.

It was announced in June that the Leisure Centre wouldn’t be re-opening following the Covid-related restrictions and that the voluntary board of directors could have been liable for reckless trading had it continued. In all, 30 jobs were lost at the facility.

A meeting of Portlaoise councillors in June was told that it would have cost €300,000 to keep it open until Christmas.

Simon Walton, Director of Services with Laois County Council, said it will be addressed at the next full council meeting when “a full update will be given on Portlaoise and Portarlington Leisure Centres”.

“It’s a massive loss to the town,” said Cllr Thomasina Connell. “We need a viable Leisure Centre run by the local authority.

Laois County Council Chief Executive John Mulholland told the June council meeting that the building would not be privatised.

Cllr Caroline Dwane-Stanley said that as well as being a huge loss to the wider community, its closure was also keenly felt by the nearby Dunamase College who had been using its facilities.

Cllr Willie Aird said that he had “never seen so many people using the skateboarding facility, playground and playing ball on the pitch”, all of which are currently being run by the council.

“It has to be open and it has to be secured and financed by the local authority.”