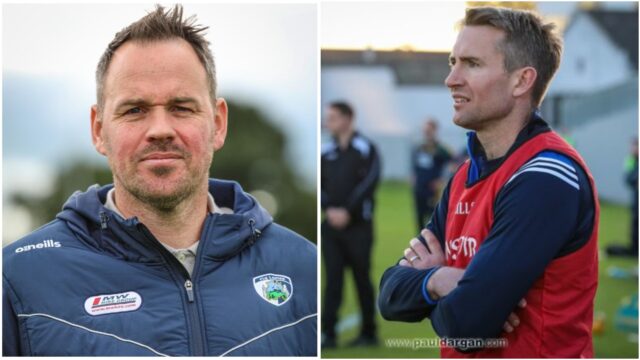 With the club GAA season heading towards the business end of the championship and the inter-county scene now on the horizon, it’s as busy as it’s been in a long time.

The county teams were permitted to resume training from Monday last and in our latest Talking Sport podcast, we’re joined by both Laois senior managers.

Football boss Mike Quirke chats about how he’s planning to prepare for the remaining two rounds of the Allianz Football League where Laois are in contention for promotion to Division 1 but also not safe from relegation.

He discusses his approach and how players will have to balance club and county commitments.

The Laois club football championships won’t be finished before the inter-county season begins meaning that that will have to be paused until Laois are finished.

Laois have league games away to Westmeath on October 17-18 and Fermanagh on October 24-25 while they will play the winners of Longford and Louth in a knockout Leinster championship game on November 7-8.

Eddie Brennan, meanwhile, has a different set of challenges. While the Laois hurling finals are down for the weekend of October 3, it is only two weeks before Laois play Dublin in the opening round of the Leinster championship.

The Dublin championship, which concludes this week with their county final between Cuala and Ballyboden-St Enda’s, is on this Sunday, three weeks before the Laois season finishes up, meaning that Dublin will have three weeks extra preparation.

In that context, Brennan questions Laois GAA’s decision to follow the same fixture programme as previous years and suggests that a more imaginative approach would have served the county team better.

And ahead of a busy weekend of club football, Steven and Alan preview the four Laois SFC Round 3 games, the senior ladies football semi-finals, men’s relegation in senior and intermediate, the two Laois IFC quarter-finals, the concluding round of junior group games and the minor football semi-finals.