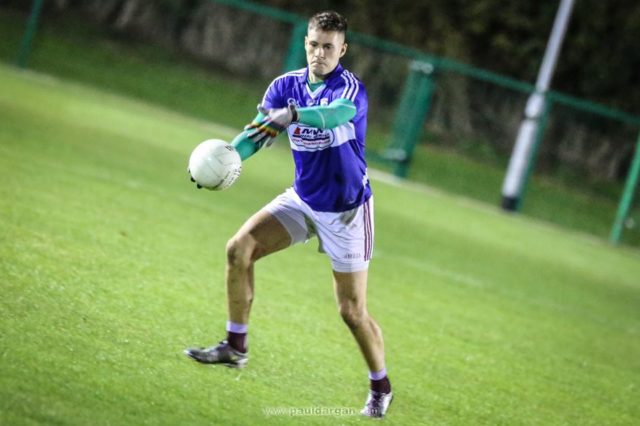 Laois senior football manager Mike Quirke was handed a boost as Portarlington star Paddy O’Sullivan is hopeful of being home in time for inter county football.

With the delayed season, the Laois senior football team are due to play their remaining Allianz Football League games against Westmeath and Fermanagh on the weekends of October 18 and 25 respectively and the opening round of the Leinster championship against Longford or Louth on November 8.

It means O’Sullivan, who played in all of Laois’s league games before the Coronavirus pandemic struck, could be available.

Speaking from Syria, where he is on duty with the Defence Forces since April, on the LaoisToday Talking Sport podcast, O’Sullivan spoke about his hopes on returning to Laois, how he first made his debut under John Sugrue and how he has been a fixture in the team ever since.

“I got on the Laois panel when I was 18 but didn’t get any games in the league. John Sugrue gave me the chance last year and I finally broke into the team.

“I got used to senior football, I suppose, I had a good year last year and I was doing alright this year before I came to Syria. All going well I will be back for Laois inter county football.”

However, O’Sullivan admits in John Sugrue’s first year in charge he wasn’t in great shape and maybe that’s why he didn’t make the squad that year.

He said: “The first year under Sugrue I got dropped before the squad was even selected. Looking back on it compare to the way I am now; I am a lot fitter now.”

O’Sullivan went onto talk about one of his most enjoyable Laois games he’s played so far which was against Offaly in an All-Ireland Qualifier.

That game was played last year in a packed O’Moore Park as got one over on his neighbour Anton Sullivan who lives in the same estate as him.

You can listen to that Talking Sport episode on Apple Podcasts, Spotify or Podbean or below on Soundcloud.